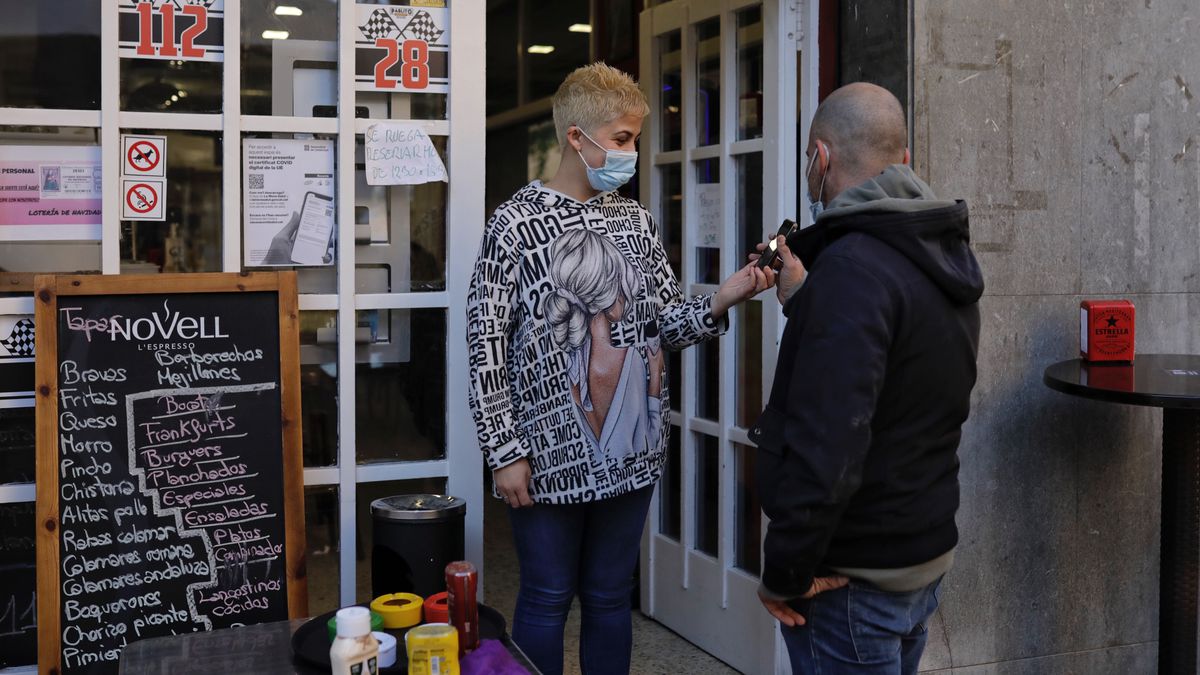 The sixth wave of the coronavirus in Spain is starting to slow down. On Wednesday, Spain’s health ministry said the 14-day incidence rate fell 20 points to 3,286 per 100,000. It’s the second day in a row that this data point has fallen after two months of increases. Experts warn, however, that it is too early to speak of a downward trend, explaining that it still takes time for the decline to be confirmed. But while transmission remains at very high levels, the sixth wave is showing the first signs that the rise in cases is slowing.

Moreover, while hospitals remain under pressure, the situation is far from what it was during the other waves. In February 2021, for example, there were more than 4,800 Covid-19 patients in intensive care units (ICU), compared to 2,230 recorded on Wednesday. Occupancy levels remain high, however, with almost one in four intensive care beds occupied by a patient with Covid-19.

The Spanish Ministry of Health, however, opts for caution. “Today [Wednesday], is the second day that we have had a change in trend and what is important now is to see the evolution of all risk level indicators, ”said Health Minister Carolina Darias. “When the situation is well consolidated, we will be able to address the next steps to follow.”

In response to the spike in coronavirus infections in the run-up to Christmas, the Spanish government announced on December 23 that face masks would once again be mandatory outdoors. At the time, Darias said the measure would be in place “until the epidemiological situation improves”. Speaking on Wednesday, the minister said more time was needed to determine whether the sixth wave was on a downward trend. “We need to assess the progress [of the pandemic] in the next few days and wait for the drop to consolidate, which would indicate that we have overcome the peak, ”she explained.

The slowdown in cases, however, is already prompting action from Spain’s regions, which are responsible for health systems, Covid-19 vaccination campaigns and coronavirus restrictions in their territories.

Catalonia has announced it will lift its nighttime curfew on Friday. But the rest of the restrictions, such as the 10-person limit on social gatherings, the closure of nightlife spots and the reduced capacity of restaurants and sporting and cultural events, will remain in place. Although the northeastern region continues to register a record number of new cases and has more than 500 Covid-19 patients in intensive care, the Catalan government has defended its decision to lift the curfew on the grounds that the rate of contagions was slowing down. “Although we have not reached the peak, all parameters indicate that the pandemic is slowing down. That is why the Catalan government will lift the curfew,” said Patricia Plaja, spokesperson for the Catalan regional government.

Cantabria, meanwhile, has decided not to extend the obligation to present the European Union’s COVID digital certificate to enter restaurants. The courts have approved the so-called “Covid passport” until January 19. In order for it to remain in place beyond that date, the Cantabrian government had to ask the courts for an extension – a decision it decided not to make. According to the Cantabria health department, the Covid pass is no longer able to achieve the goal of reducing transmission in inland areas now that the omicron variant has become dominant. This new strain is highly transmissible and can infect both vaccinated and unvaccinated. “The measure is no longer effective and will no longer be applied,” said Reinhard Wallmann, the director general of public health.

For this same reason, Catalonia is also considering lifting the use of the Covid pass in the region. “We think it had its effect: it raised awareness of the importance of vaccination and was also applied to make the public aware that we were in a pandemic situation,” said Carme Cabezas, the Catalan secretary of the Public health. “We find that omicron is more transmissible and there is evidence that despite being vaccinated, contagion is still possible.”

In Andalusia, the Covid pass is compulsory to enter hotel establishments, nightlife venues and nursing homes. This measure will expire on January 31, but according to health department sources, the regional government does not plan to ask the court for permission to extend its use beyond that date. The final decision will however depend on the epidemiological situation.

For other Spanish regions where coronavirus restrictions are in place, no changes have been announced, but many of the measures currently in place will expire soon if not extended. In Asturias, for example, the closure of nightlife venues is set to end on January 27. In the Basque Country, all restrictions – including capacity limits and opening hours for non-essential activities – are valid until January 28. And in Navarre, the measures against the coronavirus such as the closure of restaurants, nightlife places and shops between 1 a.m. and 6 a.m., are valid until January 31.

The Canary Islands, meanwhile, have taken a different approach and opted to tighten their restrictions. Use of the Covid pass, which was due to end on January 24, has been extended for a month, while the islands of Gran Canaria and La Palma have been moved to a higher alert level, which involves measures stricter on the hospitality sector and social gatherings.

As regions consider easing coronavirus restrictions, experts urge caution. “The strategy we should follow is to do everything possible to mitigate the sixth wave as soon as possible,” said Daniel López-Acuña, former director of emergencies at the World Health Organization (WHO). “Limits on nightlife, curfew, reduced opening hours and promotion of remote working will help us and should be in place all of January and part of February.”

Juan Antonio Sanz Salanova, spokesman for the Spanish Society of Preventive Medicine, Public Health and Health Management (Sempsph) agrees. “We are not in a position to lighten anything,” he said. “The trend is starting to change, but if we reduce the few measures we have, we risk seeing the epidemic reappear.”

Salvador Peiró, an epidemiologist at the Fisabio Foundation research institute in Valencia, says an intermediate point must be found. “We are not facing a flu or [the situation what it was] last winter. We can neither let positive cases stop isolating nor lock everyone down. You have to find a middle ground. »