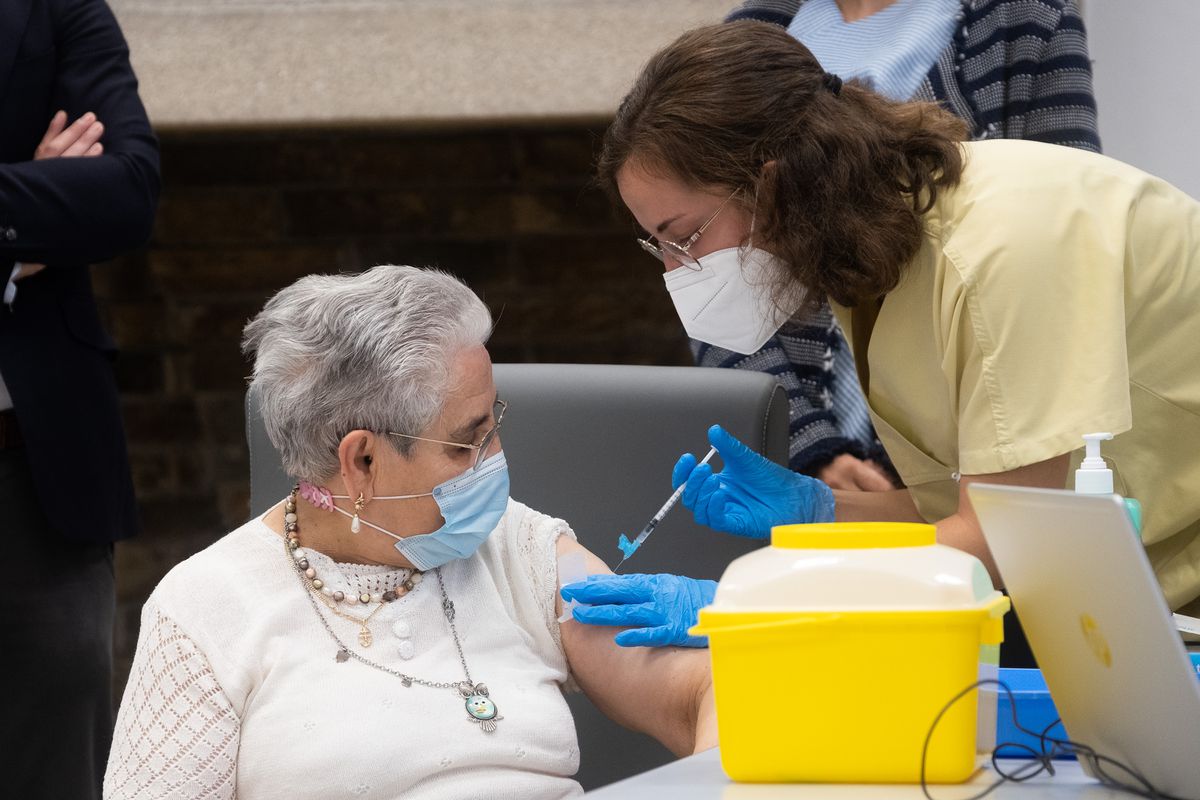 From October 25, Spain will start administering a third dose of the Covid-19 vaccines developed by Pfizer-BioNTech and Moderna to the population over 70 years old. The decision was taken on Tuesday by the Spanish Public Health Commission, made up of the Ministry of Health and representatives of the regions.

The deal came a day after the European Union’s medicines regulator, the European Medicines Agency (EMA), opened the door for a third injection of the Pfizer vaccine to be administered to the adult population. The EMA, however, said there is still little evidence for the effectiveness of booster injections in people with normal immune systems. Regarding a third dose of the Moderna vaccine, the regulator has yet to make a decision, although it will likely do so in the coming days. The EMA also said in its decision on Monday that an additional dose of the Pfizer and Moderna vaccines could be given to people with severely weakened immune systems – a step Spain and several other EU countries have already taken. .

The agreement of the Public Health Commission means that the administration of third doses among the population over 70 years of age will coincide with the flu vaccination campaign. In accordance with EMA guidelines announced on Monday, this Covid-19 booster will be administered six months after the second. According to sources present at Tuesday’s meeting, the decision of the Public Health Commission to give third injections to those over 70 years old was supported by 12 of Spain’s 17 regions, which are in charge of their health systems, of their vaccination campaigns and restrictions related to coronaviruses. Madrid and Galicia voted against the measure, while five abstained.

In Spain, 6.8 million people over 70 have so far been fully vaccinated against Covid-19. The vast majority of this age group have received the Pfizer vaccine, although some have been vaccinated with Moderna. This is because when Spain started vaccinating the over 70s at the start of the year, very few Moderna vaccines had been delivered. A small number of this age group have also been vaccinated with the single dose Janssen vaccine. This group will not be affected by the decision of the Public Health Commission as the EMA does not yet have a position on possible Janssen recalls.

The Ministry of Health explained in a statement that “the objective [of the third doses] is to increase the protection of the most vulnerable people ”, adding that“ scientific evidence has shown that age is the main risk factor ”vis-à-vis the coronavirus.

The decision to give a third dose of the vaccine to people over 70 years of age followed a similar process to the decision to allow booster shots for people with severely depressed immune systems. In this case, as now, the Public Health Commission waited for the EMA to take a position on the issue first, which it did on September 6.

A day later, the Public Health Commission approved third doses for some 100,000 people with weakened immune systems, including organ transplant recipients (about 60,000 people), bone marrow transplant recipients bone (20,000) and patients treated with anti-CD20 drugs. This group was then expanded to include people on dialysis treatment, cancer patients, those over 40 with Down syndrome, and the elderly living in nursing homes.

In their rush to leave the worst of the pandemic behind, drug regulators and public authorities are making decisions almost immediately as new data or evidence emerges, sometimes in advance.

The EMA press release released on Monday opened the door to authorizing a third dose for the over 70 age group, while admitting that there is still little evidence of effectiveness. booster injections. To support its decision, the agency argued that the data showed that “an increase in antibody levels” was seen in people who received a third dose.

Experts say, however, that a drop in antibodies does not necessarily mean that a person cannot defend themselves against the coronavirus, as the immune system is able to produce antibodies again if it comes into contact with the virus. . The EMA also warned that it also has little information on the safety of third doses.

From the perspective of immunologists, there is no evidence of a widespread need for a third dose

África González, professor of immunology at the Center for Biomedical Research (CINBIO), said the EMA’s decision is “reasonably based on the data presented”. It will now be up to each country in the EU to decide what to do based on its incidence rate, vaccination coverage and other factors.

But according to González, the EMA “is not advocating this third dose as something that should be done massively”, but rather a measure that should be applied in specific cases and adapted to the vaccination strategy of each country, such as the did the Public Health Commission. ended. “From the perspective of immunologists, there is no evidence of a widespread need for a third dose,” González said.

In Spain, coronavirus infection rates continue to fall. According to the latest figures, released Tuesday evening, the cumulative number of cases over 14 days per 100,000 inhabitants fell to 52, against 54.12 Monday. This means Spain is only two percentage points away from entering a low risk situation, as defined by the coronavirus alert system. Pressure on intensive care units (ICUs) also eased on Tuesday, with Covid-19 patients occupying 6.61% of intensive care beds, down from 6.99% on Monday.