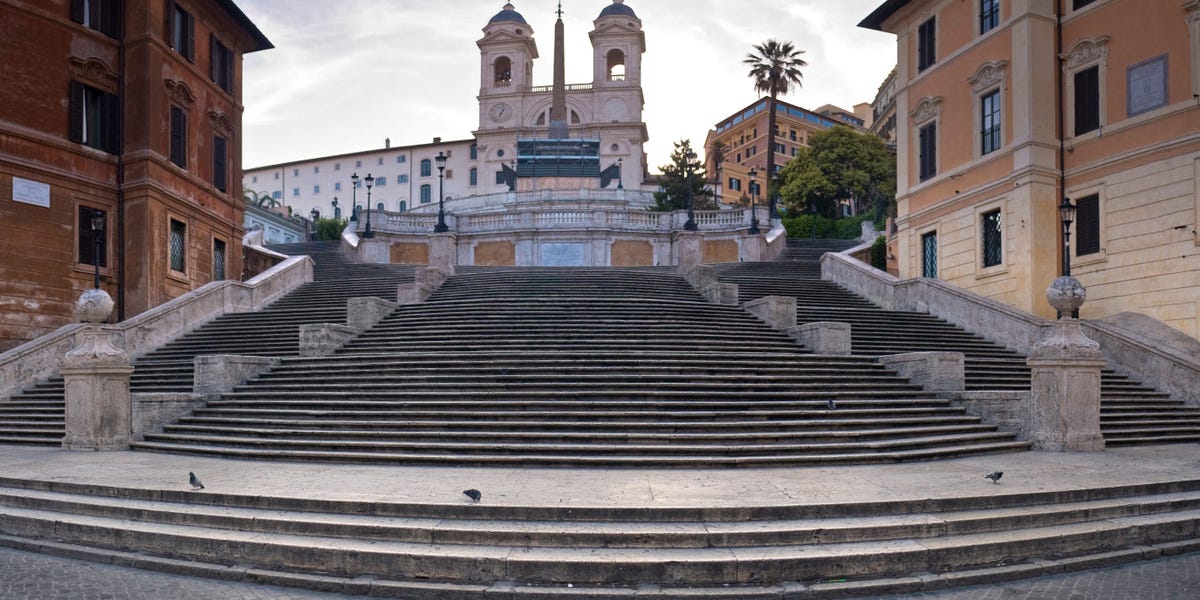 US tourists caused $27,000 damage to Spanish Steps in Rome: police

In video footage of the June 3 incident, a man can be seen rolling an electric scooter up the marble steps. A woman can be seen throwing her scooter down the stairs.

Their actions created scratches on the stairs and dislodged four inches of travertine, Rome’s Capitoline superintendence for cultural heritage wrote in a statement seen by Insider. The heritage office said it would cost €25,000 ($27,000) to repair the steps.

“The Superintendence will begin, as soon as possible, the work necessary to restore the damaged steps, which includes the arrangement of the work area, the cleaning of the surfaces, the consolidation of cracks and detachments, the stuccoing work , and the integration of damaged parts and final protective operations,” the cultural heritage office wrote in the statement.

The tourists in question are a 29-year-old man and a 28-year-old woman, according to a local police press release. The press release, which Insider viewed, did not list the names of the tourists. The pair were fined €800 ($851) in total.

The two tourists have been banned from visiting the Unesco heritage site for six months, according to Franco Pasqualetti, spokesman for Rome’s city council, The New York Times reported. Pasqualetti said the couple were “completely drunk” during the incident.

Rome City Council did not immediately respond to Insider’s request for comment.

The scooter incident comes weeks after police in Rome charged a man with aggravated damage to cultural heritage and monuments after driving his Maserati down the same stairs on May 14. Rome police apprehended the man at Milan Malpensa airport after locating him using CCTV footage and contacting the car rental company he used, Rome police wrote on Facebook .

The Spanish Steps, also known as Scalinata della Trinità dei Monti, is a popular tourist destination. In 2015, they underwent a €1.5 million restoration process, according to The Florentine. On July 8, 2019, Roman authorities passed an ordinance under which anyone caught sitting, eating or drinking on the steps can face fines of up to €400 ($425 ).