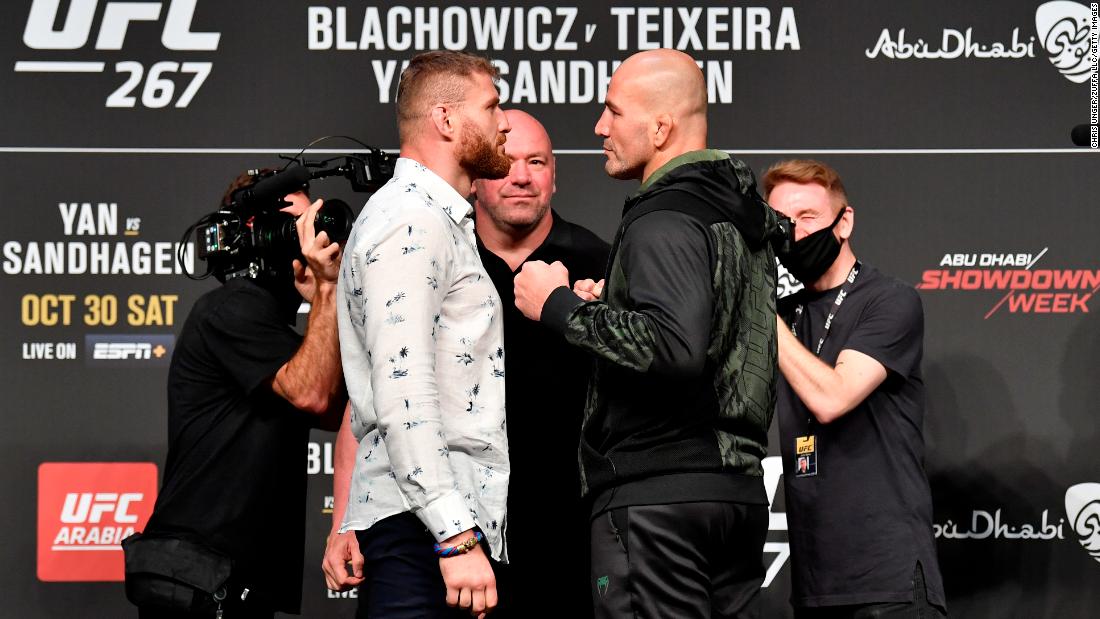 UFC 267: Blachowicz vs Teixeira – what time and how to watch

The event, which takes place on Saturday, will see two huge title fights take place in the Octagon on Yas Island, Abu Dhabi, which are sure to have huge consequences.
In the main event, current UFC light heavyweight champion Jan BÅ‚achowicz will put his title on the line as he takes on Glover Teixeira.

Teixeira, 42, who holds the UFC all-time records for most submissions and finishes in the light heavyweight division, was scheduled to face BÅ‚achowicz on September 25 at UFC 266, but the fight took been postponed and moved to Saturday.

BÅ‚achowicz will make his second title defense, having defeated Israel Adesanya in March by unanimous decision, in this is Teixeira’s second chance at a UFC title.

Both fighters had no problem hitting their weight for the weigh-in and the stage is set for a successful fight between the top two fighters in the division.

In the fight before the main event, a much-anticipated rematch between current bantamweight champion Aljamain Sterling and former champion Petr Yan was expected following their dramatic fight earlier this year, when Sterling won the title by disqualification.

However, the American withdrew citing a lingering neck issue, so Cory Sandhagen stepped in to face the Russian in what will determine the interim bantamweight champion.

Yan’s loss to Sterling last time was only the second in his career, and he’ll look to get back on the winning streak when he steps into the ring against Sandhagen.

Sandhagen has never fought for a UFC title belt, despite the 29-year-old being No.3 in the UFC bantamweight rankings.

The UFC has been holding events in Abu Dhabi due to the coronavirus pandemic and resulting restrictions.

In June of last year, UFC President Dana White chose Yas Island to ensure a safe environment, where the Abu Dhabi Ministry of Culture and Tourism (DCT Abu Dhabi) has cordoned off the nearly 25 kmÂ² island, which included an arena, hotel, training facilities and catering establishments.

Lithuania: Unvaccinated travelers from Iceland, Lichtenstein and Spain forced to self-quarantine on arrival