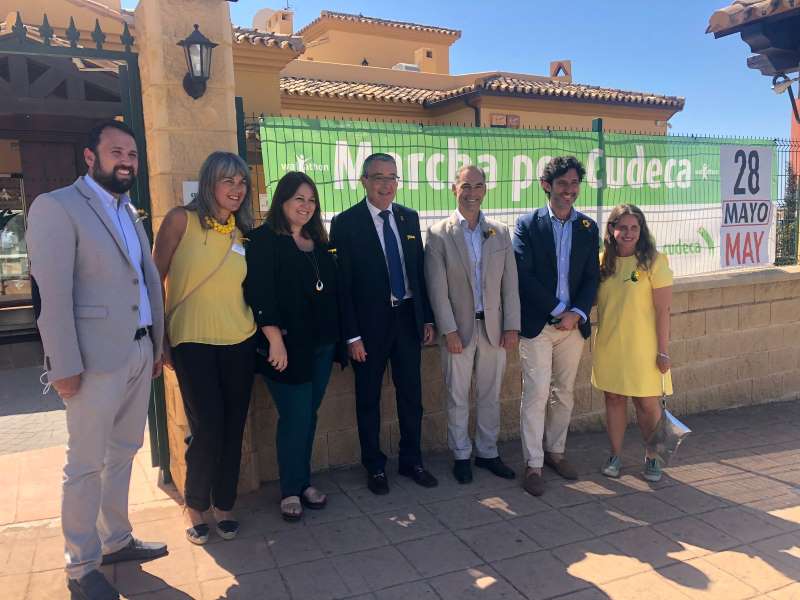 During his visit, Francisco Salado took the opportunity to visit the research center which was only inaugurated in April thanks to the support of Dr. Yusuf Hamied whose name it bears.

The training actions that will be developed in this space, following the principles and philosophy of comprehensive care that Cudeca has been developing for 30 years, will in turn contribute to financing the activity of the Cudeca Foundation and will allow care to reach more patients. .

The building has spaces to cover all the services of its training and research mission. In fact, there is no other space in Spain that covers these needs in a space that also incorporates care work.

The ground floor is equipped with offices, a work center, a library, a space for study and meditation, as well as large terraces.

The first floor includes a meeting room, five classrooms of different sizes, a sales area and a kitchen.

These classrooms are separated by movable partitions that soundproof the space with the option of converting the space into a single large classroom with capacity for 100 people or five of different sizes, with capacities between 15 and 60 people. It also has a specific clinical simulation area and an area for simultaneous translation teams.

And the second floor, with gardens for student recreation and its own parking lot, will house an auditorium for up to 150 people to be built in the coming months.

Salado thanked the foundation for its work, which has a “very special way of caring” for people with advanced and terminal illnesses and stressed the importance of specialized training in this area.

He also confirmed the support of the Provincial Council to the Cudeca, which translates into the creation of the “Joan Hunt” awards, which each year will pay tribute to the initiator of the Foundation while recognizing the important contribution of the foreign population to the social, economic and cultural progress and development of the province.

Thank you for reading The President of the Province of Malaga visited the Cudeca Benalmadena Foundation’ aDon’t forget that all articles produced by Euro Weekly News are accessible free of charge.