CROSSES AND TREES: The pilgrimage welcoming the next 500 years of Christianity to the Philippines began last month with church visits and encouraging young people to plant 500 native crosses and trees. (Photo by SANSU FUSTER / Contributor)

GUAGUA, PAMPANGA — Rhiane Baccay, 14, knows a little about her history as a Filipino Catholic.

Everything about his childhood in this religion in the ancient city of Betis here – also called “pueblo levitico” or place of many priests – began 500 years ago.

This 9th grader is aware of the first mass celebrated by Fr. Pedro de Valderrama and the planting of the first cross on the island of Limasawa in the south of Leyte as well as the baptism of the natives in the province of Cebu during the expedition of Portuguese explorer Ferdinand Magellan in 1521.

These events, he was told, planted the seeds of Christianity as Spain ruled the country as a colony.

The Holy Angel University Center for Kapampangan Studies enriched the fiftieth appreciation by sharing the research of writer and historian Luciano PR Santiago.

The Kapampangans, Santiago discovered, became the pioneers of the Catholic Church in the Philippines after the second group of explorers ventured to Luzon in 1571 and the Augustinians made Pampanga their first territory in 1572. 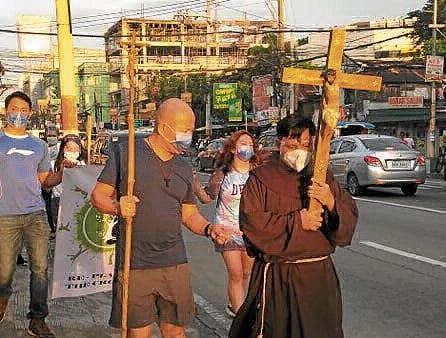 Luisa Gonzaga de Leon, was the first woman to write a religious book; Dionisia and Cecilia Talangpaz, founders of the oldest religious community of non-contemplative women of the Order of Augustinians Récollets in the world; and Rufino Santos de Guagua, first Filipino cardinal.

For Baccay, this heritage inspires a life of faith as she can, such as loving her family and neighbors, studying well to be able to serve the country as an accountant or engineer, serve in masses or save the environment.

As young people are encouraged, Baccay says she wanted to make the jubilee theme, “Gifted to Give,” as concrete as possible. In Betis, the young people of the Mirabilla choir carry on the tradition of liturgical music by singing and playing instruments during masses.

“I’m happy to help,” she told the Inquirer.

The event was part of the planting of 500 crosses and 500 indigenous trees by 500 young people in more than 98 dioceses across the country.

Bro. Robert Reyes, known as the “Current Priest,” began “Replanting the Cross, Replanting the Pilgrimage of Faith” to prepare for the next 500 years of Christianity in the Philippines, the only Catholic nation in Asia. 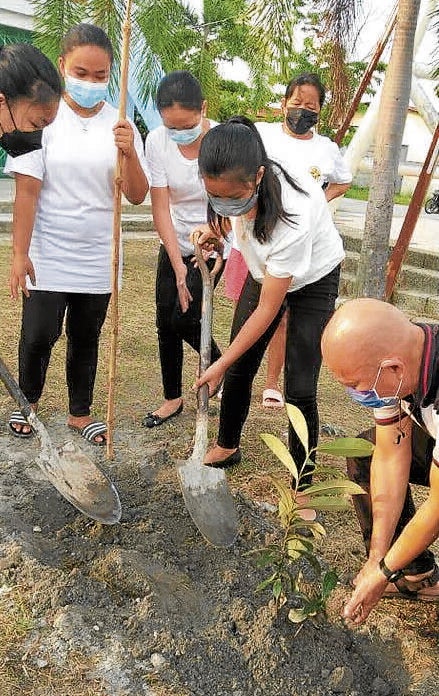 CARING FOR THE ENVIRONMENT: Groups of young people plant mahogany trees in two poor villages in the old district of Betis in Guagua, Pampanga province, to show that faith, like trees, takes time and care to grow . (Photo by SANSU FUSTER / Contributor)

He said the pilgrimage started in Betis because the patron of the ancient city, Saint James the Apostle, inspired the Way of St. James to Compostela faith path in Galicia, Spain.

“Looking back on the past 500 years since the first cross was planted on our land, we remember, reflect and give thanks. As we look to the future, we face countless challenges that call for a stronger, more courageous and more responsive faith, ”Reyes said.

“Darkness envelops not only our land, but the whole world. The [COVID-19] The pandemic has plunged the world into a crisis of life and death that pushes the limits of each country’s health system, ”added the 66-year-old priest known for his advocacy for the environment, peace and health. good government.

According to Reyes, the pilgrimage “plants the seeds of the new mission for the next 500 years” by renewing faith, reaffirming human dignity and human rights, reconnecting with nature, reconciling and building peace , and promoting good governance and re-evangelizing young people. for mission.

Reyes and those who joined him took turns biking, walking or running at night to escape the danger of heat stroke.

The priest last embarked on his “running” campaign from 1996 to 1998, when he was in his forties. The last pilgrimage is between her duties at Notre-Dame du Perpétuel Secours parish in Quezon City.

John Raphael Mendoza, a 22-year-old journalism student, and Ickoy Hobayan, a 33-year-old employee, accompanied him on the pilgrimage to the Church of Betis in Pampanga, to the Cathedral of the Immaculate Conception in the city of Malolos in the province of Bulacan, and Sta. Parish of Clara in Longos, city of Malabon. The young people followed.

“I am making this pilgrimage with young people as a prayer for a more dynamic and relevant Church in the next 500 years. I also pray that young men and women will consider priestly and religious life as an option as well as living a full, meaningful and fruitful Christian-Catholic life as a lay person, ”Reyes told the Inquirer.

He added: “Above all, I offer the pilgrimage as a prayer and a sacrifice so that we can deepen and strengthen our faith in the Cross and in the Crucified One who heals and saves.

What we know about COVID-19 vaccines for children under 12