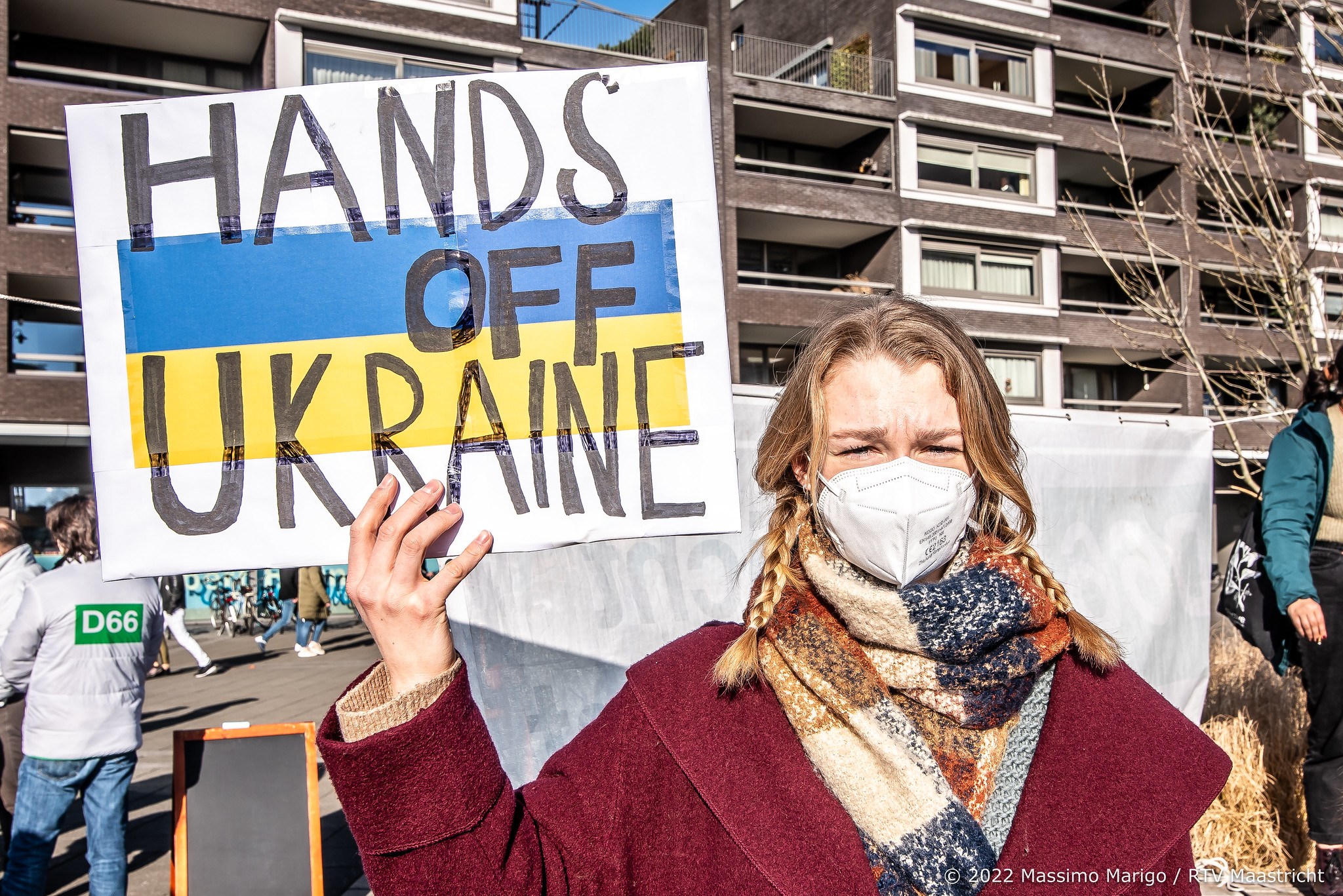 The European left facing the challenge of Putin’s Ukraine war

At first glance, almost all of the parties and think tanks in Europe that lie to the left of social democracy seemed united in their response to the Russian invasion of Ukraine.

The agreement was reached on three fundamental points: the demand for an immediate withdrawal of Russian forces, the emphasis placed on the role of the enlargement of the North Atlantic Treaty Organization (NATO) as underlying driver of the crisis; and calls, more or less detailed, for de-escalation, dialogue and a negotiated solution on the model of the Minsk agreements of 2014 and 2015.

This apparent unity extended from parties of the “post-communist” left (such as the Red-Green Alliance in Denmark and the Left Bloc in Portugal) to those of the orthodox communist tradition, which one might have expected to whether they agree with the position of the Communist Party of the Russian Federation (CPRF) or the Cuban government.

This means that Putin had no choice but to carry out a military operation inside Ukraine, given the supposed continuous capitulations of the Ukrainian government of Volodymyr Zelensky, outside NATO and abroad. inside the Ukrainian ultra-nationalist right wing.

As the CPRF statement put it: “Compelling the Kiev provocateurs to peace and restraining NATO’s aggressiveness has become the commitment of the moment. Only the demilitarization and denazification of Ukraine can ensure lasting security for the peoples of Russia, Ukraine and all of Europe.

On the other hand, the website of the Communist Party of Greece (KKE) presents a “Joint Declaration of Communist and Workers’ Parties”: “The decision of the Russian Federation to initially recognize the ‘independence’ of the so-called ‘Republics peoples’ in the Donbass and then to carry out a Russian military intervention – which takes place under the pretext of the “self-defense” of Russia, the “demilitarization” and the “defascistization” of Ukraine – has not was not made to protect the populations of the region or peace, but to promote the interests of Russian monopolies on Ukrainian territory and their fierce competition with Western monopolies.

Perhaps an additional motive for the apparent unity of the left was Putin’s “anti-communist” justification for its operation: it is a step towards the reunification of the common Russian homeland and the historical-spiritual space, that Vladimir Lenin and the Bolsheviks — with their policy of the right of oppressed nations to self-determination — cut to pieces after the Russian Revolution of 1917.

NATO and the EU seize an opportunity

However, this apparent broad unity of the European left is taking place against the backdrop of an offensive by its enemies within. Putin’s aggression in Ukraine provided the United States, NATO, the European Union and its largest member state, Germany, with an opportunity for rearmament and a crackdown on democratic rights, putting the left on the defensive.

More importantly, Putin’s invasion of Ukraine allows NATO itself to regain its legitimacy. This instrument of American and European imperialism – which since the “end of communism” in 1991 has sometimes been widely questioned – can now be marketed as a protection against a Russia presented as imperial and autocratic (whether in its Soviet or capitalist).

As for the EU, which brought the leftist Greek government Syriza to its knees in 2014, it too can now be sold as defending democratic values ​​and providing shelter from aggressors.

As Ukrainian refugees are welcomed and helped to survive in neighboring EU Member States (Poland, Slovakia, Hungary and Romania), the EU hopes that images of yesterday’s darker-skinned refugees from the Middle East and Africa are gassed and beaten at its border will fade.

His appeal came two days after the European Commission announced that it was banning all access to Russian media. Russia today and Radio Sputnik. President Ursula von der Leyen said they “could no longer spread their lies to justify Putin’s war and sow division in our union”.

Apparently, the “European values” of the EU do not go so far as to allow ordinary citizens to form their own opinion on whether the news from Moscow is fake or not.

How to support Ukraine?

As the Ukrainian army and militia struggled to resist the Russian advance, NATO states decided to provide Zelensky’s government with the necessary weapons to counter the threat.

In the process, two decisions broke new ground: Germany’s decision to supply Ukraine with 1,000 anti-tank weapons and 500 surface-to-air missiles (abandonment of the country‘s policy of not sending weapons to war zones ), and the EU’s decision to finance and purchase arms for a non-member state.

The forces of the left have been put under pressure by these movements. They are torn between the desire to defeat Putin’s aggression but not to “leave the field open to warmongers and arms traffickers, including here” – in the words of Luxembourg’s La Gauche party.

Should left-wing parties in Europe abandon their traditional policy of opposing the sending of lethal weapons to war zones?

In Norway, both the Socialist Left Party (SVP) and Red maintain this position. In Denmark, however, the Red-Green Alliance (RGA), which supports the ruling Social Democratic government from outside, decided on February 27 to support the shipment of Danish arms to Ukraine. His statement read: “We have a duty to help the Ukrainians in their resistance to Putin’s mad war of aggression. The Ukrainians themselves asked for military support. They fight for their country and for each other. And we have a duty to help.

The Finnish Left Alliance, which governs as a minor partner of the Social Democrats, took the same position by voting on February 28 to send military equipment to Ukraine.

The Swedish Left Party maintained its traditional opposition to sending arms to war zones until March 1.

Malin Björk, a Left Party member of the European Parliament, abstained on the March 1 resolution on Russia’s invasion of Ukraine, which backs military support for Ukraine and was carried by 637 votes against 13, with 26 abstentions. Björk explained his vote on the party’s website: “I cannot support the position that the whole European security order should be built around NATO, and that the EU and NATO largely converge in a single unit. The resolution even calls on Sweden and Finland to join NATO. This is what the Left Party strongly opposes.

However, on the evening of March 1, the National Council of Die Linke reversed a decision adopted two days earlier: the party now supports aid to Ukrainians besieged by arms, separating this decision from its position on NATO. .

In the German Bundestag, the parliamentary fraction of Die Linke (The Left) voted on February 27 to condemn the Russian invasion and impose sanctions that would harm the Russian oligarchy and government, but not the mass of the population.

At the same time, he opposed the proposal of the Social Democrat-Green-Free Democrat government to include in the constitution a minimum of 2% of GDP for military expenditure and to create a special fund of 100 billion dollars. euros to relaunch this rearmament.

The arc of opinion within Europe’s left-wing parties was evident in their vote on the European Parliament resolution. Of the 39 members of the left caucus, 21 voted for (including Syriza, France Insoumise, the Portuguese Left Bloc, Sinn Féin and Podemos), 7 voted against (including the Portuguese Communist Party, the Anticapitalists of Spain and two MPs from Die Linke), while 10 abstained (including the Basque Bildu, the Swedish Left Party, the Unified Spanish Left, the Communist Party of Bohemia and Moravia and three MPs from Die Linke).

“Listen to the East”

It is in this confused context that the forces of the radical left in Eastern Europe have expressed their frustration with those they see as allies.

A recent expression comes from four members of the Polish radical left party Razem (Together). They dispute the view that Putin’s invasion of Ukraine was a reaction to the NATO encirclement, pointing instead to “the real reasons behind Moscow’s actions: an illegitimate sense of sovereignty over Ukraine and neo-imperialist aspirations”.

Their call to “listen to the East” follows a “Letter from Kiev” by Taras Bilous of the Ukrainian Radical Social Movement, in which he denounces the “anti-imperialism of idiots” of the Western European left.

The sands are running out: will the realization on the Western European left that Ukraine’s defeat will be a disaster for everyone arrive in time to make a difference?