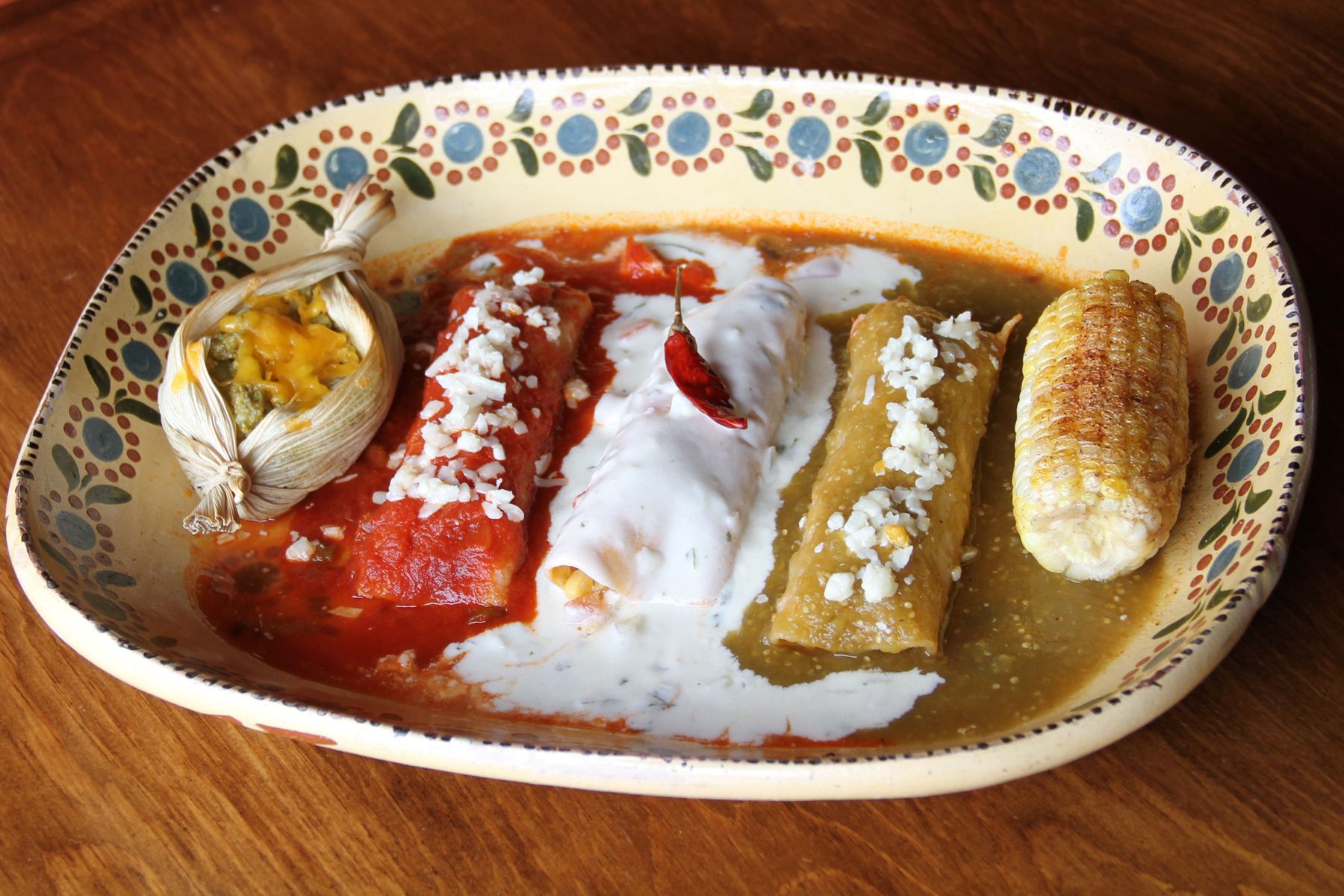 September 16, marking Mexico’s declaration of independence from Spain in 1810, is a national holiday celebrated in Mexico with food, dancing, music and shouting (grito) of “viva la independence”.

Texans, too, mark the day with festivities, and in Houston, Mexican and Tex-Mex restaurants and bars will do their part to commemorate the day. If you’re in the fiesta spirit this weekend, here are some options with special food, drinks and party spirit for Diez y Seis de Septiembre.

Sylvia’s Enchilada Cooking: (picture above) Both locations of Enchilada Queen Sylvia Casares will mark Mexican Independence Day with a special dinner of an enchilada plate, $15.50, depicting the colors of the Mexican flag (a chicken enchilada topped with salsa verde, a vegetable enchilada with cream sauce and the popular Morelia enchilada topped with a spicy red pepper sauce). Pair the enchiladas with Sylvia’s line of margaritas. 6401 Woodway and 1140 Eldridge Pkwy.; sylviasenchiladas.com

Spanish village: If you’ve never had the legendary cheese enchiladas at Spanish Village, one of Houston’s oldest Tex-Mex restaurants, make a plan. The restaurant near the Museum Quarter neighborhood will be celebrating Mexican Independence Day by offering its El Clasico Enchilada plate for $10.99. Also, on September 16, there will be mariachi from 6 to 8 p.m., and on September 17, Spanish Village margaritas at $5 for $5. 4720 Almeda

Monkey tail: The Mexican-inspired bar in the Lindale Park neighborhood will begin its celebrations on the eve of Mexican Independence Day with cumbia music starting at 9 p.m. and Mexican candy for all guests at 11 p.m. el grito”; the party continues until closing at 2 a.m. 5802 Fulton; monkeystailhou.com

El Venado: Newly opened in Washington, the restaurant/bar will hold its grand opening weekend September 16-18 celebrating Mexico’s Independence Day by serving a mixed parrillada (carne asada, sausage, and chicken) for $21. Additionally, there will be happy hour fare during the three-day weekend, including upgrading select tequila cocktails to 1800 Cristalino tequila at no additional cost. On Saturday, there will be live mariachi at 7 p.m. 6502 Washington; elvenado.bar

Cuchara: Montrose’s modern Mexican bistro celebrates its 10th anniversary on Thursday, September 15 with a big party on the eve of Mexico’s Independence Day. The festivities, from 7 p.m. to 11 p.m., will include a deejay, mariachis and a traditional “Viva Mexico” proclamation at 11 p.m. Admission is $25 (adults only); guests can pre-purchase a restaurant admission wristband in advance to skip the line. Food and drink available for purchase. 214 Fairview; cuchararestaurant.com

Greg Morago writes about food for the Houston Chronicle. Follow him on Facebook or Twitter. Send him topical tips at [email protected] Listen to him on our BBQ State of Mind podcast to learn more about barbecue culture in Houston and Texas.