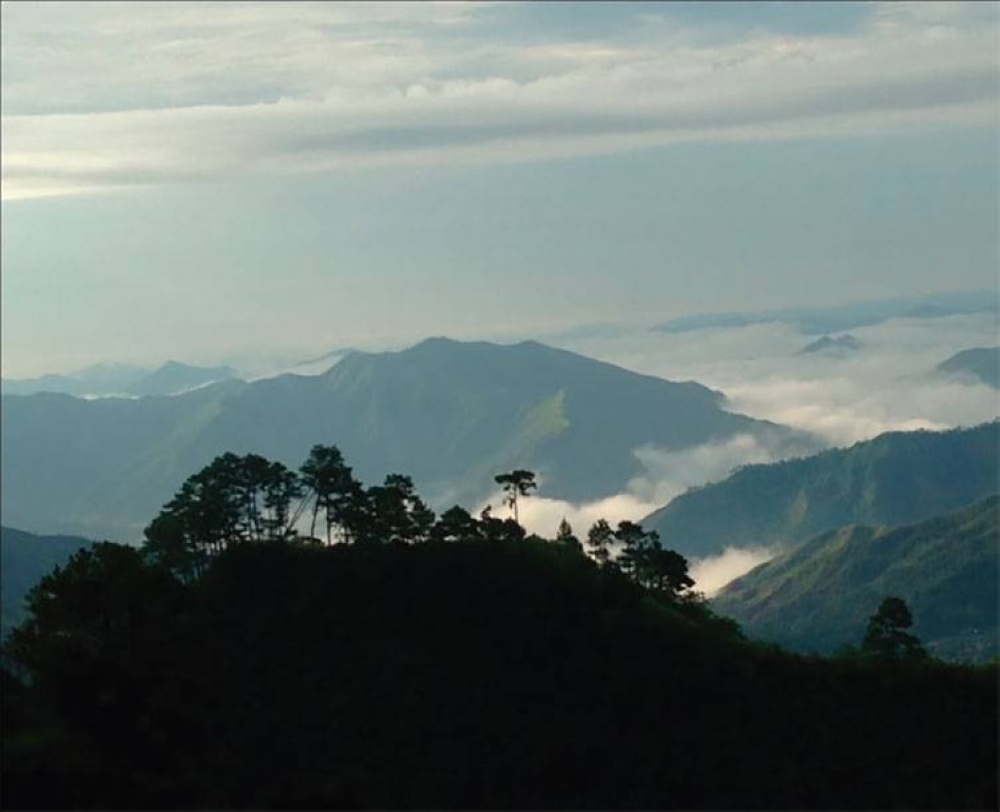 I don’t like historical maps in which all the territory of the Philippines is colored as if it was entirely occupied by Spain. The entire Philippine archipelago did not become de facto Spanish-dominated even in 1898, even though it was nominally and legally a Spanish possession. Among the territories that most bravely and stubbornly resisted Spanish jurisdiction was part of what is now known as the Cordillera Administrative Region, a vast, rugged and mountainous area that occupies the entire center and northern Luzon, still inhabited today by a large number of Indigenous Peoples, exonymously called Igorrotes/Igorots (mountain dwellers).

Three reasons can be invoked for the Spanish failure: the lack of troops to materialize the domination, the extraordinary orographic difficulty of the territory, and the capacity of resistance and the tenacity of the Igorots. The region was then home to the only known gold mines in the archipelago, more than enough motivation to promote military and religious intervention – euphemistically called pacification and reduction – especially since the domain of the Philippines was not profitable. for Spain and subsisted economically thanks to this periodic subsidy. which arrived from New Spain by the Manila galleon: the “situado”.

Children playing on the Balangbang River in Mayoyao. PHOTOS BY JORGE MOJARRO

Get the latest news

delivered to your inbox

Among the groups that caused the most havoc among the nearby Christian populations were the Mayoyaos, who practiced the custom of beheading the dead enemy and bringing the head back to the village as a trophy. The Dominican Francisco Gaínza, missionary in Isabela, in his Memoria de Nueva Vizcaya (Report of Nueva Vizcaya, Manila, 1849), describes them thus:

“They suddenly rose from the brushwood at the same time as they drew a multitude of spears, the horses recoil at their strange faces and their awful howls, and as all this happens in an instant, they cut down wounded and no matter how they are calm, the others were so fast that they fell off the horses as soon as they were headless.”

The Dominicans have been trying unsuccessfully since 1740 and, especially from the second half of the 19th century, to evangelize the indomitable Mayoyao people. Courageous and courageous Dominican missionaries such as Remigio Rodríguez del Álamo, Ruperto Alarcón, Tomás Vilanova or Buenaventura Campa bequeathed to us many writings of high ethno-historical value that inform us about the way of life and customs of the Mayoyaos at that time. There were not a few missionaries, Spanish soldiers and Christianized Filipinos whose heads ended up as trophies in the huts of these hardened fighters. A list of these adventures and misadventures can be read in a book that balances entertainment and scholarship: The Discovery of the Igorots (1974), by WH Scott.

Mayoyao, itself divided into several districts, is now part of the province of Ifugao and its rice terraces are listed as a UNESCO World Heritage Site. The inhabitants, far from the impiety of their ancestors, are hospitable, very calm and helpful, and have not yet been corrupted by the greed that accompanies the arrival of mass tourism. Mayoyao, despite the beauty of the place and the innumerable attractions (waterfalls, rivers, unexpected corners, an abandoned “Spanish path”, a magic stone, native funerary monuments and some inhabitants very proud of their culture and ready to help and inform the foreigner), there are hardly any tourists left who choose – or are incentivized – to stay on the busiest road to Banaue, Batad and Sagada, which have inevitably already lost much of their charm and authenticity. ‘origin. The accommodations are very basic and to eat you have to go to one of the butchers opposite the municipal market.