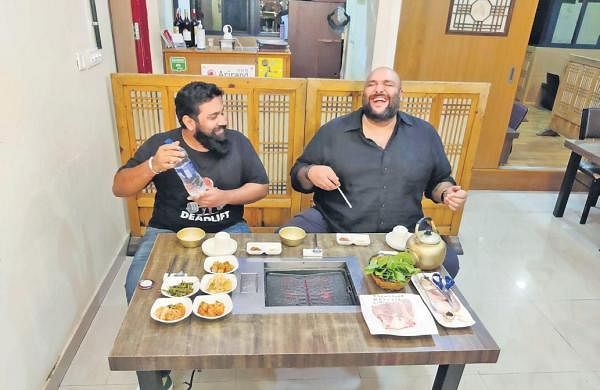 It is often believed that when cousins ​​get together there is fun, food and laughter. Exactly the scene with Shashank ‘Shanky’ Jayakumar and Sid Mewara traveling through different parts of a city to explore culinary secrets. Now on their third season of the show, The Big Forkers on Zee Zest, the duo are exploring Bengaluru. “Bengaluru is a melting pot of cultures where you will find everything you want and more. After our first two seasons in Mumbai and Goa respectively, we moved down to Bengaluru after the first lockdown,” says Jayakumar, tech entrepreneur and World Bank consultant.

The duo started the show in 2019 after a suggestion from their friend, Jorindian Vineeth Kumar, during a trip to Spain. “Shanky was already traveling up and down Spain and I was finishing commercial work. He asked me if I would like to join a tour of celebrity chef Anthony Bourdain. We started chatting about different cultures, culinary histories and other food-related aspects, and it was Vineeth who suggested that a food talk show might make a good show,” says Mewara, an investment banker and former chef.

First, they created a YouTube channel. “Shanky grew up in Mumbai so he took me. I was stuck in Goa during the lockdown and it became our second season. We were both exploring the place without much personal experience,” adds Mewara, who adds that Bengaluru was their next destination after many fans asked them to visit the food city.

Throughout the show, they covered legendary hotels like Koshy’s, Hoskote biryani where queues start as early as 5 a.m., sampled benne dosae and visited some of the city’s pubs. “I know I’m going to be hated for this, but I think the dosae is a bit over hyped here. I don’t understand the whole concept of crispy on the outside and soft on the inside. It also seems like it can’t be either,” says Jayakumar, adding that he was surprised to see that drinks and lunch were very popular here.

“Unlike Mumbai and Goa, which have different approaches to how restaurateurs treat food, Bengaluru is a place that pays a lot of attention to the type of food they put on the table. The best part is that its price is decent,” he adds. Naati Cafe in Koramangala was one of their other favorite stops. “We don’t know much about Karnataka cuisine, and Naati Cafe was just perfect to give us an introduction The menu is rotating and has an interesting mix,” says Mewara.

Arirang Korean restaurant in Kammanahalli was another favourite. “Although we both traveled a lot, we learned to eat Korean food here,” adds Jayakumar. Something old, something new… Mewara points out that the food culture is a mix of that. “There are places where you will find professionals finishing their meals in a hurry to get back to work. But in these same places, you’ll also find old people taking their time, discussing politics and solving life’s problems. This kind of mixture to see in a culture is very interesting,” he explains.

With 15 episodes in total for the third season, the cousins ​​hope to plan their next trips to Rajasthan, Kerala and northeast India. “But I think we have to do Bengaluru again because when we came a lot of places were closed. We want to come back one more time and explore more, learn more about the city and have a great time with the lovely people here again,” says Jayakumar.