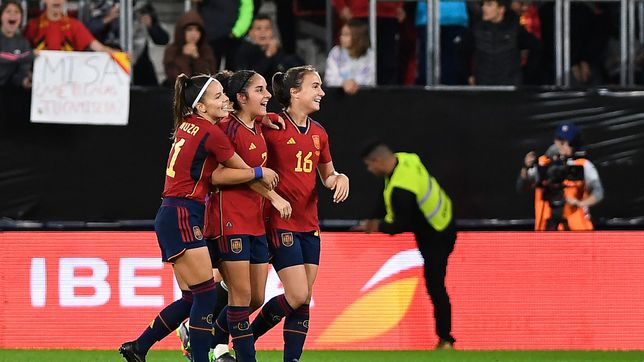 Welcome to tonight’s match between Spain and the United States Women’s National Team.

The United States Women’s National Team continues their European tour tonight with a friendly match at El Sadar in Pamplona against their Spanish counterparts. The match kicks off at 8:30 p.m. Spanish time on Tuesday, October 11 (2:30 p.m. ET, 11:30 a.m. PT).

After losing by two goals to one at Wembley, the USWNT will be keen to get back on track against another nation which, under normal circumstances, would hope to face off at the 2023 World Cup.

However, the circumstances around the Spanish women’s national team are anything but normal at the moment. Although Spain can boast of having some of the best female football players in the world, 15 members of the squad have declared themselves unhappy with head coach Jorge Vilda and made themselves unavailable for selection for the 1st tie. -1 against Sweden on Friday and the game against the United States. .

Needless to say, the Spanish team won’t be with their best players tonight.

USWNT star striker Alex Morgan did not travel to Europe for the two friendlies due to a minor knee injury. Carson Pickett has been added to the list after fellow defender Emily Fox was sent off with a concussion in England. Alyssa Thompson made her national team debut on Friday aged 17 years and 334 days; she is less than half the age of veteran forward Rapinoe.