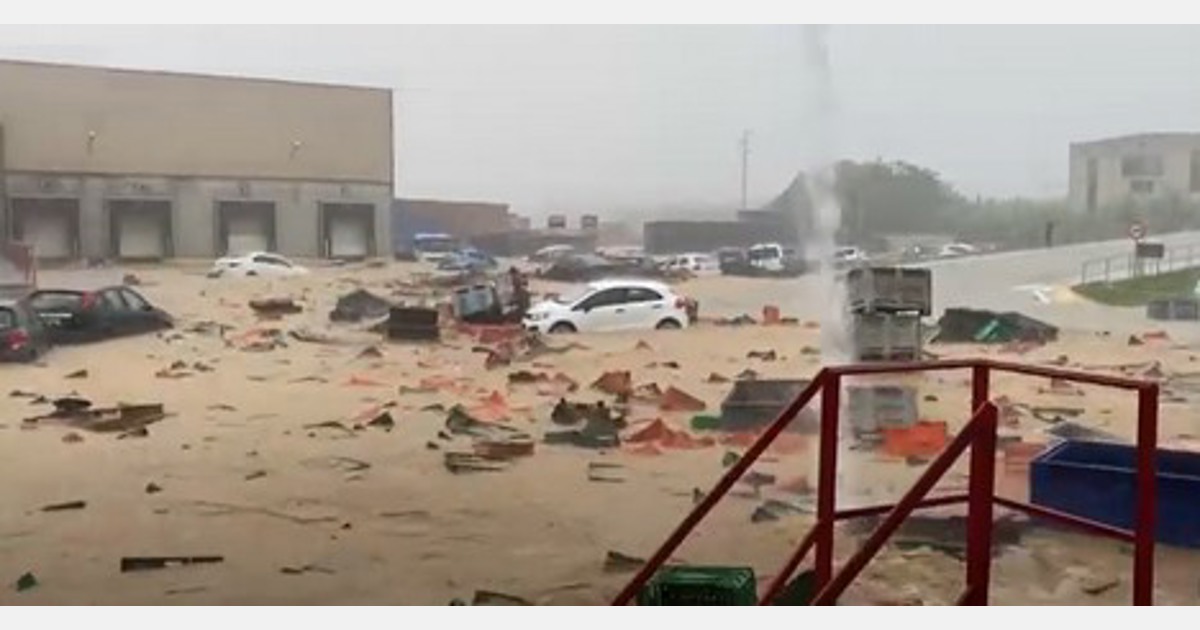 The storm that hit Lepe, Cartaya, La Redondela and Ayamonte last Thursday caused considerable damage to the inhabitants of these municipalities in the Spanish province of Huelva.

With regard to the agricultural sector, the damage to farms has also been significant. In the case of strawberries, the storm came at a time when the farms were all ready to start planting, according to UPA Huelva. They have been flooded (in some cases up to two meters of water), and the ridges are unusable, so it will be necessary to wait for the water to be evacuated before restarting the process. This means that planting will be delayed and, of course, the start of the season will be affected.

In the case of raspberries and blueberries, the crops had been planted, so the plants were under water. This will alter vegetative yield and impact plant condition and production. Some plantations have been washed away, so the damage to these crops is much greater.

The same goes for citrus fruits and persimmons, the harvest of which had already started. Many fields have been flooded, and excess water is seriously affecting production, which can affect the harvest.

The rural roads that give access to the farms have also suffered severe damage and will have an impact on agricultural activity as this becomes an obstacle to removing damaged materials and carrying out repairs.

The Cobella facilities, flooded by the storm.

The company was affected as around 30 employees were at work and 30 others were taking training courses. There were times of great tension and fear.

â€œFor about an hour and a half, around 120 liters of rain per square meter were recorded,â€ explains Pedro Paniagua, manager of Cobella, which is part of the second-tier Onubafruit cooperative, â€œTorrential rains have started to flood the warehouses , including offices and administrative records were affected. Within half an hour, the first floor of the facilities was completely flooded. Water even overflowed from the loading areas, seeping into the handling and loading area. fruit packaging.

Cobella’s facilities, hit by the storm.

According to the manager of this cooperative, â€œthe water was dragging pallets, containers and other materials, as well as about forty or fifty workers’ vehicles, parked nearby. the workers were in the lower part of the warehouse, so they rightly decided to take refuge in the upper parts. “

Pedro Paniagua says that “now everything is full of water and mud, and it will take days to clean everything up, although luckily there were no injuries”.

Cobella’s facilities, hit by the storm.

Although the damage is still being assessed, it is estimated that there are between 30 and 40 producers who are members of this cooperative with affected productions. â€œSome macro tunnels are totally devastated, as are some blueberry and raspberry plantations, which we were working on and where we will lose lots, because they had already been harvested at their optimal point of maturity and cannot be handled. Heavy rains and hail also affected the citrus, pomegranate and persimmon fields, where the harvest was also starting, so the start of the season will be delayed. “

â€œThis is a major setback, even though we are very proud of our employees, who work in an exemplary manner to get everything back to normal as quickly as possible. We thank the partners, suppliers and organizations who contacted us to offer their help, â€says Pedro Paniagua.