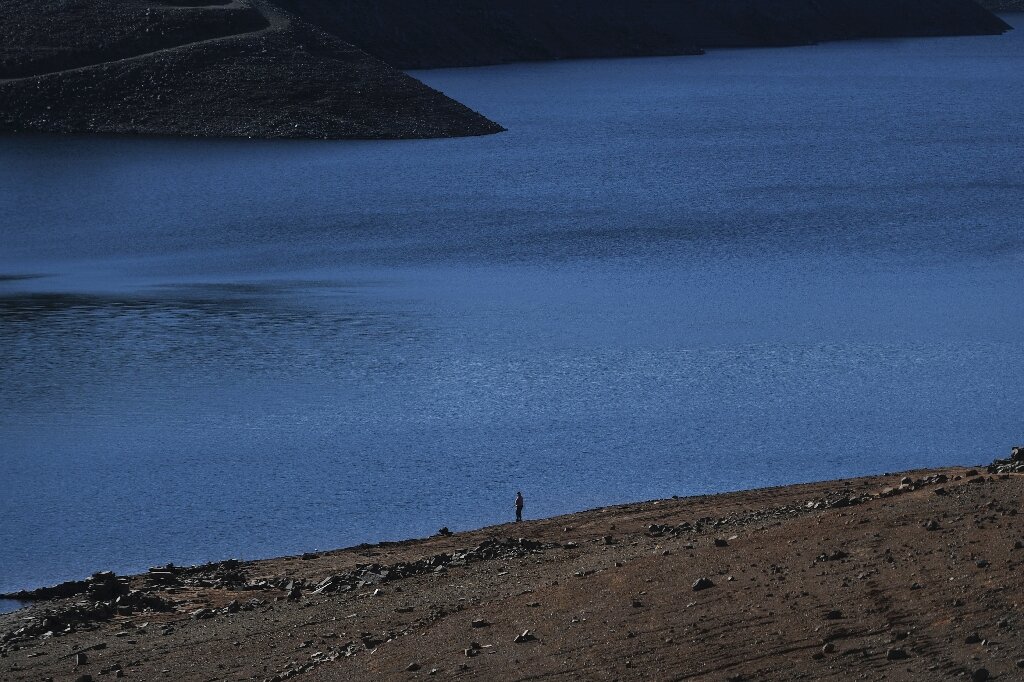 In central Portugal, a prolonged drought has revealed the ruins of a village completely submerged under water when a large reservoir was created nearly 70 years ago.

” I have never seen this ! says Carlos Perdigao, 76, as he gazes at the crumbling stone houses of Vilar that were swallowed up by the Zezere River when a dam was opened in 1954.

Vilar stands on the banks of the river, surrounded by cracked yellow earth, another sign of the ongoing drought in what is normally a rainy winter season, with the drought also hitting neighboring Spain.

According to the meteorological services of the two countries, it is the second driest January on record since the year 2000.

The current drought is extraordinary because of “its intensity, scale and duration”, says climatologist Ricardo Deus of the Portuguese meteorological agency IPMA.

Of Portugal’s 55 dams, 24 retain only half their water capacity and five are less than 20%, according to the European Union’s Copernicus Earth observation service.

The Algarve, the southernmost province of Portugal and one of the main tourist destinations in Europe, is one of the most affected by the drought.

Meanwhile, Spain received only a quarter of the rainfall it normally receives in January, weather service AEMET said.

The dry spell, which began in late 2021, is ruining crops, leaving farmers struggling to feed livestock and hampering hydropower generation.

Earlier this month, Portugal ordered five of its hydroelectric dams to suspend water use for power generation to prioritize human consumption.

And in Spain, Agriculture Minister Luis Planas said on Tuesday that the government was “concerned” about the drought and would adopt the “necessary measures” depending on the evolution of the situation.

Spain’s water reserves are currently at less than 45% of their capacity, officials say, with the southern region of Andalusia and Catalonia in the northeast being the most affected.

Farmers in both countries are worried.

“Look! The grass doesn’t grow to feed the animals,” says Antonio Estevao, a cheese producer who owns a herd of around 30 goats in Portela de Fojo Machio, a village in central Portugal near the town of Pampilhosa. from Serra.

“If it doesn’t rain in the next few days, it’s going to be very complicated,” he sighs, looking at his drought-stressed pastures.

The lack of rain is also undermining the city’s efforts to lure tourists inland with a floating pool structure set up for bathers in the Zezere River.

But the pool’s plastic liner is sagging on the ground, with the drought forcing the river to recede.

“For us, it’s a disaster,” said the mayor of the town, Henrique Fernandes Marques.

The same region was hit hard by a wave of wildfires that raged through parched farmlands and forests in 2017, killing more than 100 people.

No end in sight

More frequent and intense droughts are expected to put enormous pressure on climate-vulnerable regions as temperatures rise, and will likely increase the risk of related natural disasters such as wildfires, scientists say.

While the alternation between dry and wet years is normal in southern Europe, “we have seen a drop in the percentage of rainy years lately,” said Filipe Duarte Santos, environmental scientist at the University of Lisbon.

These droughts are “one of the most serious consequences of climate change”, he added.

“Until greenhouse gas emissions are drastically reduced, the problem will persist.”

The situation is not expected to improve in the coming weeks as forecasters expect rainfall in both countries to be below the seasonal average.

Faced with this reality, the Portuguese government said on Thursday that it would strengthen its cooperation with Spain to combat the drought.

This document is subject to copyright. Except for fair use for purposes of private study or research, no part may be reproduced without written permission. The content is provided for information only.