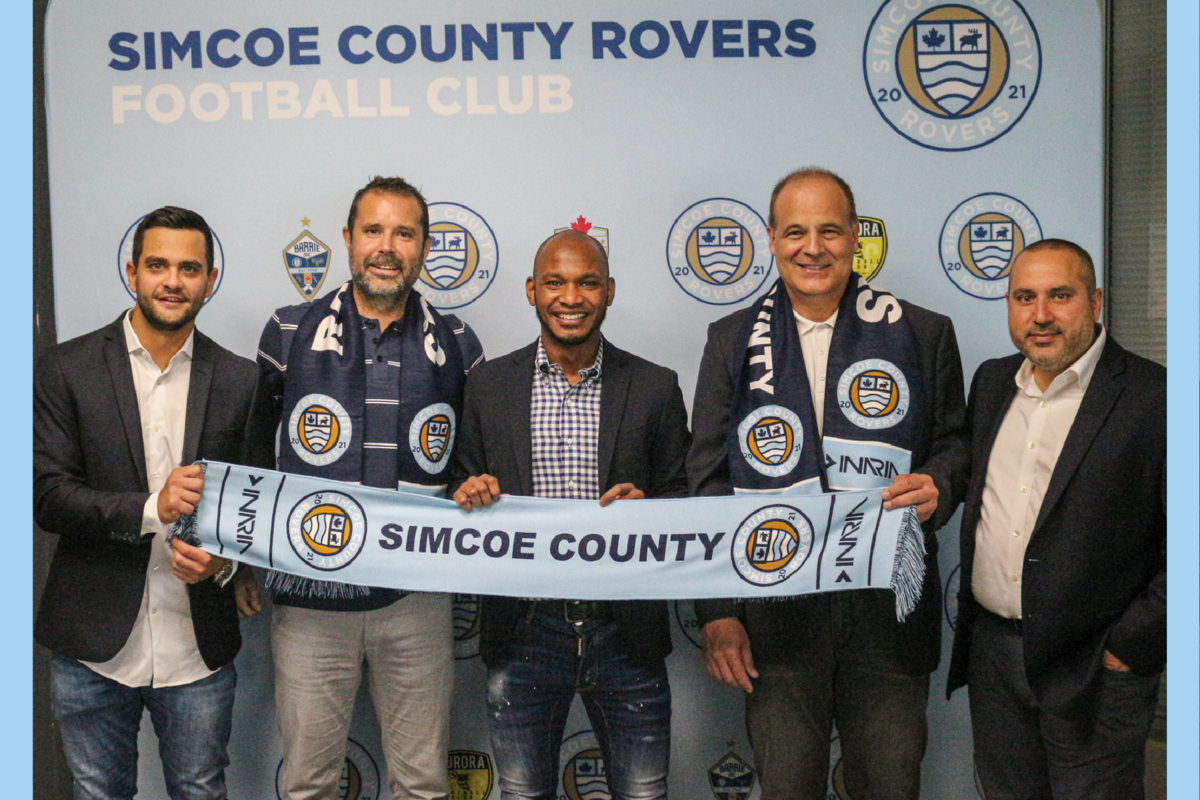 The Rovers will join the province’s pro-am and senior league, fielding both men’s and women’s teams in the top divisions for the 2022 season. The clubs join League1 Ontario (L1O) after acquiring the license previously held by Aurora FC and will play their home games in Barrie.

â€œWe have been waiting for this moment for a very long time and we are extremely happy,â€ said co-owner Julian de Guzman.

“It is particularly exciting to see former L1O player Cyle Larin, who currently plays for Besiktas JK in Turkey, as well as the Canadian men’s national team, return to his roots as part of this ownership group,” Rossi said. “We have great confidence in the ability of this club to have a significant impact on football in this growing region and we are delighted to welcome them to our league.”

De Guzman is Canada’s most capped senior male player and the first Canadian to play in the Spanish La Liga. As team president and managing partner, he will be joined in the ownership group by CEO Peter Raco and co-owners Cyle Larin and Will Devellis, who is also president of Barrie Soccer Club. Larin played a key role in the Canadian men’s team’s attempt to qualify for the 2022 World Cup in Qatar

â€œThe idea was to have a group of people who live and breathe the game, that they don’t play anymore or still do,â€ de Guzman said in an interview Thursday afternoon. â€œWe know this is the best way to develop the game organically, especially in a region that has never experienced high performance football before.

â€œBarrie is a huge sports city, whether it’s hockey, baseball or whatever,â€ he added. â€œThe people of this region love their sports and will love the energy of a live football match. “

Earlier this summer, the Rovers were accepted into the Huronia District Soccer Association. The club has formalized affiliation agreements with top youth programs representing over 6,000 youth members, including Aurora FC, Barrie Soccer and Athlete Institute FC.

De Guzman says there are over 10,000 young players and hundreds of registered coaches in the local region alone, which means there is already a fruitful harvest that can potentially be capitalized on.

De Guzman said the decision to join the men’s league without a women’s team had never been a thought.

â€œMy heart goes out to all the women who have given their all to sport nationally and internationally,â€ he said. “For all the success they have had and the success they have brought to the game, they deserve more than what is given to them. We are hopeful that one day we will have a national women’s league and I think that it’s part of the process.

De Guzman added that it was important to add a women’s team in the region so that “the high performing women’s teams at Barrie Soccer Club have a level to achieve as they progress and get older.”

The Rovers are expected to announce additional owners and the full engineering and management team over the next three months, along with key dates fans should be aware of.

â€œWe have coaches who monitor the league, college level and the Canadian Premier League for recruiting. We put high quality coaches, general manager and technical staff to help develop teams that will bring trophies in the region, â€said de Guzman.

â€œWe want to make waves in the region. This is what the city is, what the county is, and we are ready to be part of the landscape, “he added.