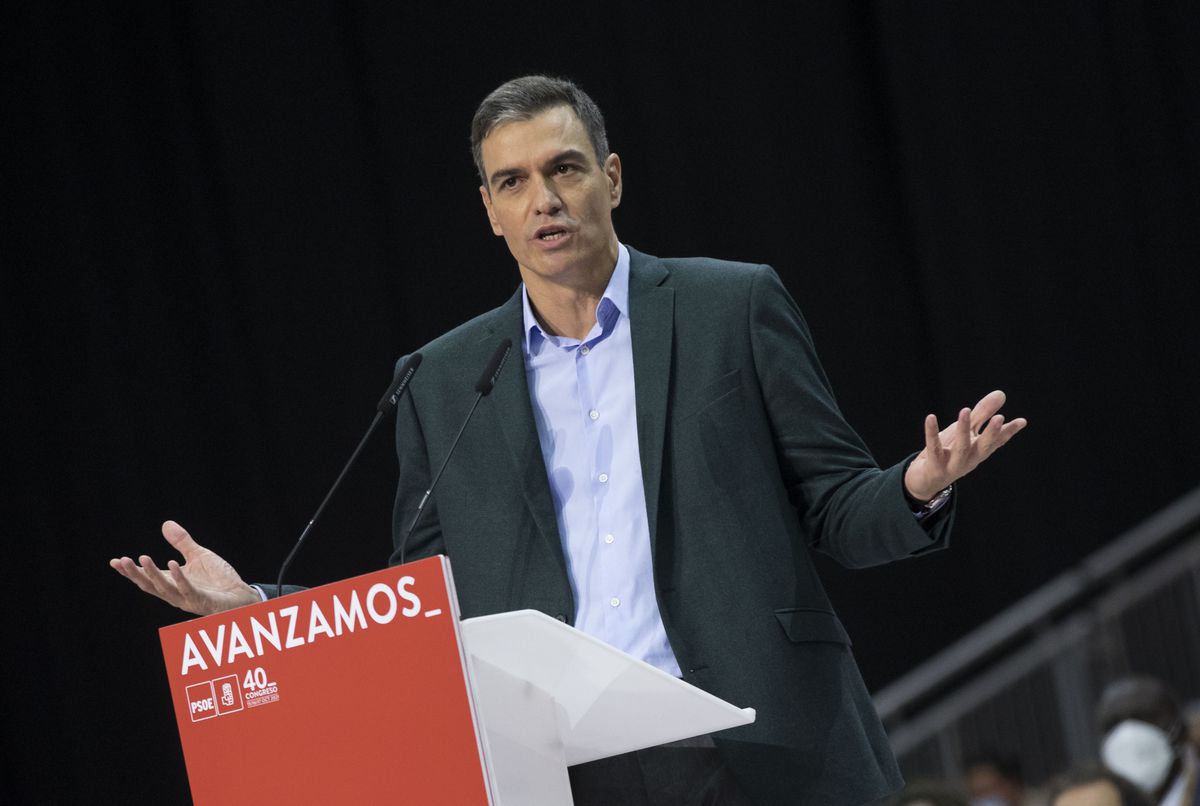 Former Spanish prime ministers Felipe GonzÃ¡lez and JosÃ© Luis RodrÃ­guez Zapatero were present this weekend at the 40th Federal Congress of their Socialist Party (PSOE), which was held for three days at the Fira de Valencia conference center in the city of La Eastern Mediterranean. The presence of historic leaders at the event cemented a message of unity conveyed by the ruling party, and the congress also saw current Prime Minister Pedro SÃ¡nchez set his political goals for the years to come. These include the reversal of labor reforms introduced by the Conservative People’s Party (PP) and the so-called â€œgag lawâ€, as well as the abolition of prostitution.

In his closing speech on Sunday, SÃ¡nchez spoke about the achievements so far of his government, which is a coalition of the PSOE and its junior partner Unidas Podemos. These include the adoption of a law regulating euthanasia, the increase in the minimum wage, the introduction of a guaranteed minimum income scheme and the reform of the pension system. “We will move forward by ending legislation such as the gag law and the PP labor reforms, which were imposed without agreements and made contracts more precarious and devalued wages,” he said. â€œWe will move forward by strengthening Europe. And we will move forward by abolishing prostitution which enslaves women. Prostitution was decriminalized in Spain in 1995 and is currently not illegal. But exploitation such as pimping is punished by the country‘s penal code.

Changes in labor law were among the demands expressed the day before at the conference by representatives of the two main Spanish unions, CCOO and UGT. These changes are currently being negotiated by Labor Minister Yolanda DÃ­az of Unidas Podemos with unions and professional associations. These changes will have to be ready by the end of the year, in accordance with the commitments made to the European Union. There is opposition among business leaders on several issues, however, which means SÃ¡nchez will soon have to decide to move forward without the associations’ blessing as he did with the latest minimum wage increase. His message this weekend to Congress was a warning to the industry that he is serious about reforms.

The gag law, on the other hand, is controversial legislation approved by the PP in 2015. It was criticized from day one for hampering freedom of expression, as it provided for fines for acts like demonstrating in front of the parliament or take and share photos of police officers. The opposition claimed it was a way to crack down on the street protests going on at the time against political corruption and mismanagement of the economic crisis.

The abolition of the gag law has long been a demand of Unidas Podemos, but progress has stalled in the lower house of parliament, the Congress of Deputies. A simple order from SÃ¡nchez, however, would quickly reactivate the process as work was already well underway.

Criminalizing prostitution, meanwhile, would be a completely new political approach for the government, and SÃ¡nchez has gone much further in his commitment to crack down on such activity than had been agreed in previous debates approved at the conference. of Valence.

More than 5,000 people enthusiastically applauded the Prime Minister’s speech, delivered at what was a somewhat unusual PSOE party conference: the usual fierce internal debates and power struggles were absent, and instead there were had a party atmosphere with fireworks and giant paellas. In addition, there was the symbolic photo of SÃ¡nchez, Felipe GonzÃ¡lez and JosÃ© Luis RodrÃ­guez Zapatero entwined, representing the old guard in harmony with the new one.

SÃ¡nchez’s position has been strengthened in recent months thanks to a major cabinet reshuffle, as well as the succession of his chief of staff IvÃ¡n Redondo, a controversial behind-the-scenes figure who was responsible for the government’s political strategy. The Prime Minister wanted to convey this message of unity on Sunday: “This congress expresses a powerful reality”, he declared. â€œThe PSOE is a united, open party, which debates freely. There are several generations of socialists here. More than ever, the social democratic project is based on the protection of society and the environment. We belong to the noblest political tradition. Today, the project is strong across the world, because it has turned out to be more human, fairer and more economically efficient.

SÃ¡nchez’s speech was preceded by messages from social democrats around the world, such as the future German Chancellor Olaf Scholz and also more traditional figures from the left such as former Brazilian President Lula da Silva. His words were a defense of social democracy in the face of emerging forms of right-wing politics and the idea that following the coronavirus pandemic, it is now time to demonstrate that neoliberal ideas are detrimental to citizens, by particular. those who need state support most in difficult times.

â€œThey told us that Social Democracy was in crisis,â€ he said. “And how are those who spoke about this spell doing?” Is their model the Hungary of Orban? Trump’s United States? The UK of Brexit? Those who are in crisis are those who have promoted policies that have deepened inequalities. A large number of Europeans defend the value of the public. The [Covid-19] vaccines arrived based on medical need, not on the size of someone’s wallet. It is social democracy, the most modern current ideals.

SÃ¡nchez arrived at Congress the same week he was booed, hissed and taunted during the traditional military parade held in Madrid each year on October 12. He is also constantly targeted by opposition parties such as the PP and the far right Vox. But during his speech he brushed this aside and argued that the same had happened to his predecessors GonzÃ¡lez and Zapatero.

“The defamations are the same as those received by Felipe or Zapatero when they were ruling,” he said. â€œThe political asset despises politics, but always seeks power. It takes root in our country and contaminates the traditional right. Democracy is only valid for them when they govern. They accuse us of wanting to break Spain. They said that about Felipe and Zapatero. But this is not credible, because if there is a party that loves Spain, it is the PSOE. There is a reason why we are the only political force with a decisive presence throughout the country. “

SÃ¡nchez and his team came out of this first PSOE congress euphoric without internal battles over the past 15 years. The party has already approved the 2022 budget with its coalition partners Unidas Podemos and must now seek support from other groups as the government does not have a working majority in Congress. He is also preparing for the new battles announced by SÃ¡nchez, on labor reform, the law on the gag order and prostitution. Despite constant calls from the opposition for new elections, it was clear this weekend that the PSOE fully intended to see the current legislature, with the next general election due in November 2023. It will depend, well Sure, of or not, the upcoming Congress votes come with the same enthusiasm seen in Valencia this weekend.