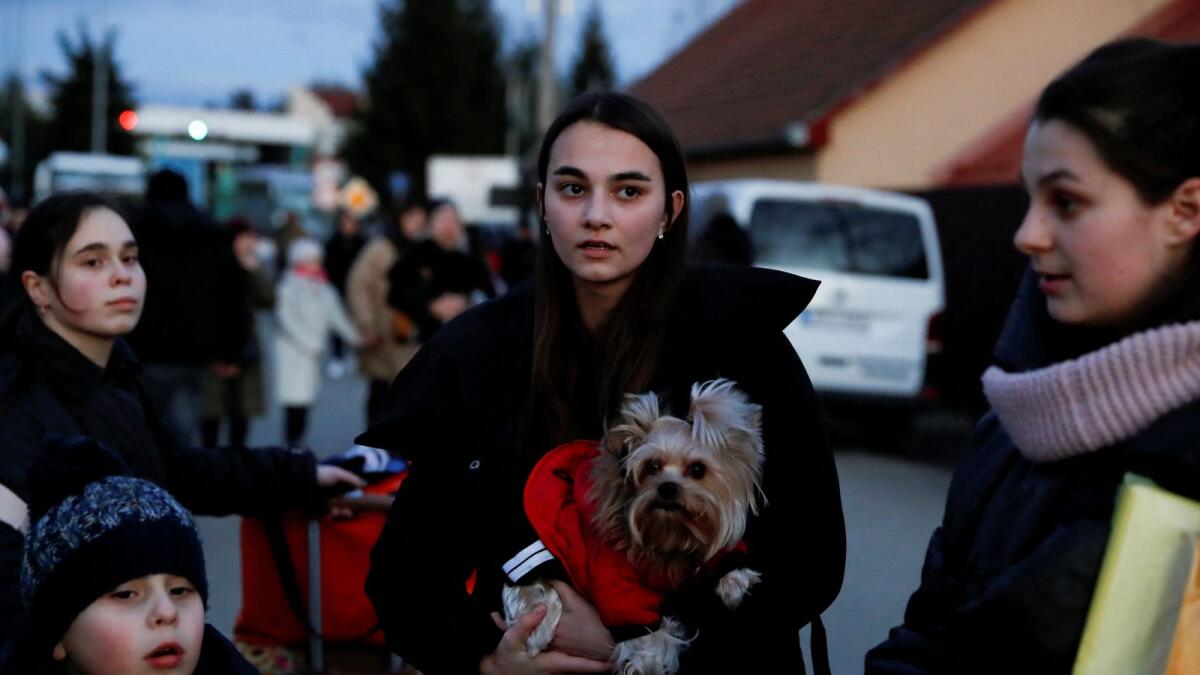 Russian-Ukrainian crisis: EU plans to grant Ukrainians the right to stay for up to 3 years – News

The Temporary Protection Directive provides the same level of protection in all EU states, including a residence permit, access to employment, social protection and medical care.

The European Union is preparing to grant Ukrainians fleeing the crisis the right to stay and work in the 27-nation bloc for up to three years, senior EU and French officials have said.

At least 300,000 Ukrainian refugees have entered the EU so far, and the bloc must prepare for millions more, they said. Poland, Romania, Slovakia and Hungary, members of the EU, have land borders with Ukraine.

“It is our duty to welcome those fleeing war,” French Interior Minister Gérald Darmanin told France 2 on Monday, saying the EU interior minister had instructed the European Commission to prepare draft proposals to grant them protection.

Ministers will meet again on Thursday to agree details.

The European directive on temporary protection, drawn up after the 1990s war in the Balkans, but never used until now, provides for the same level of protection, from one to three years, in all EU states, including a residence permit, access to employment, social protection and medical treatment.

EU Home Affairs Commissioner Ylva Johansson said most ministers had backed the decision on Sunday, simply wondering if now was the time to do so or if it was better to wait a bit.

The issue, she said, concerns the whole of the EU.

“We are already seeing a lot of Ukrainians leaving countries of first entry and going to other member states, especially those that already have a large Ukrainian population,” she told a press conference on Sunday. . “Poland is part of it but also Italy, Portugal, Spain, Germany, the Czech Republic.”

As men of conscription age are prevented from leaving Ukraine, it is mainly women and children who arrive at the border in eastern Poland, Slovakia and Hungary, as well as in the north and north- east of Romania.