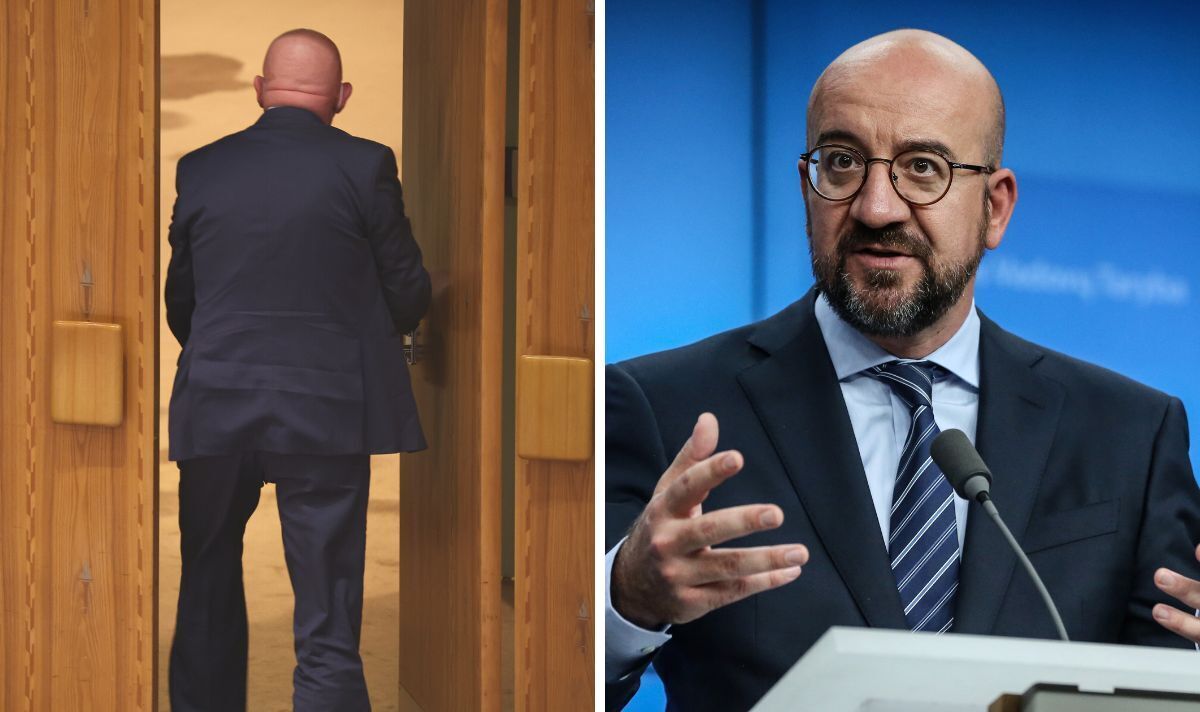 The Russian representative to the United Nations has left a meeting of the UN Security Council after the group tried to attack Vladimir Putin’s control over vital food supplies across Ukraine. European Council President Charles Michel has suggested that Russia is using food as a “stealth missile” against nations around the world by limiting the transfer of food through Ukrainian ports. Vasily Nebenzya stormed out of the Security Council meeting as the responsibility for the international food crisis was firmly placed on the Kremlin.

As the Russian representative rushed out of the meeting, Mr. Michel said: “You can leave the room, maybe it’s easier not to listen to the truth, dear ambassador.”

Speaking directly to the Russian Ambassador, Mr. Michel said: “The Kremlin uses food as a stealth missile against developing countries.

“The dramatic consequences of the Russian war are spreading all over the world.

“It drives up food prices, pushes people into poverty and destabilizes entire regions.

Mr Michel confirmed that he had personally witnessed “millions of tonnes of grain and wheat” trapped in Ukraine as Russian forces blocked transport from Odessa.

The President of the European Council accused “Russian warships in the Black Sea” as well as Putin’s “attacks on transport infrastructure” of having created pressure on the international food supply.

He added: “It is Russia’s tanks, bombs and mines that prevent Ukraine from sowing and reaping.

As Mr Micheal continued his tirade against Russian aggression in Ukraine, Mr Nebenzya stormed out of the Security Council meeting amid accusations that the ambassador was quitting to avoid “the truth”.

Along with his accusations of interfering in the world’s food supply, Mr Michel also raised concerns about sex crimes committed by Russian troops in Ukraine.

After the meeting, Mr Nebenzya told Reuters he left the meeting because of “the lies that Charles Michel came here to distribute”.

A UN report on the meeting said Mr Nebenzya “criticized Ukraine and Western members of the Council for mounting accusations – made without evidence”.

Neighborhood convenience stores: Fintech hubs for the unbanked and underbanked