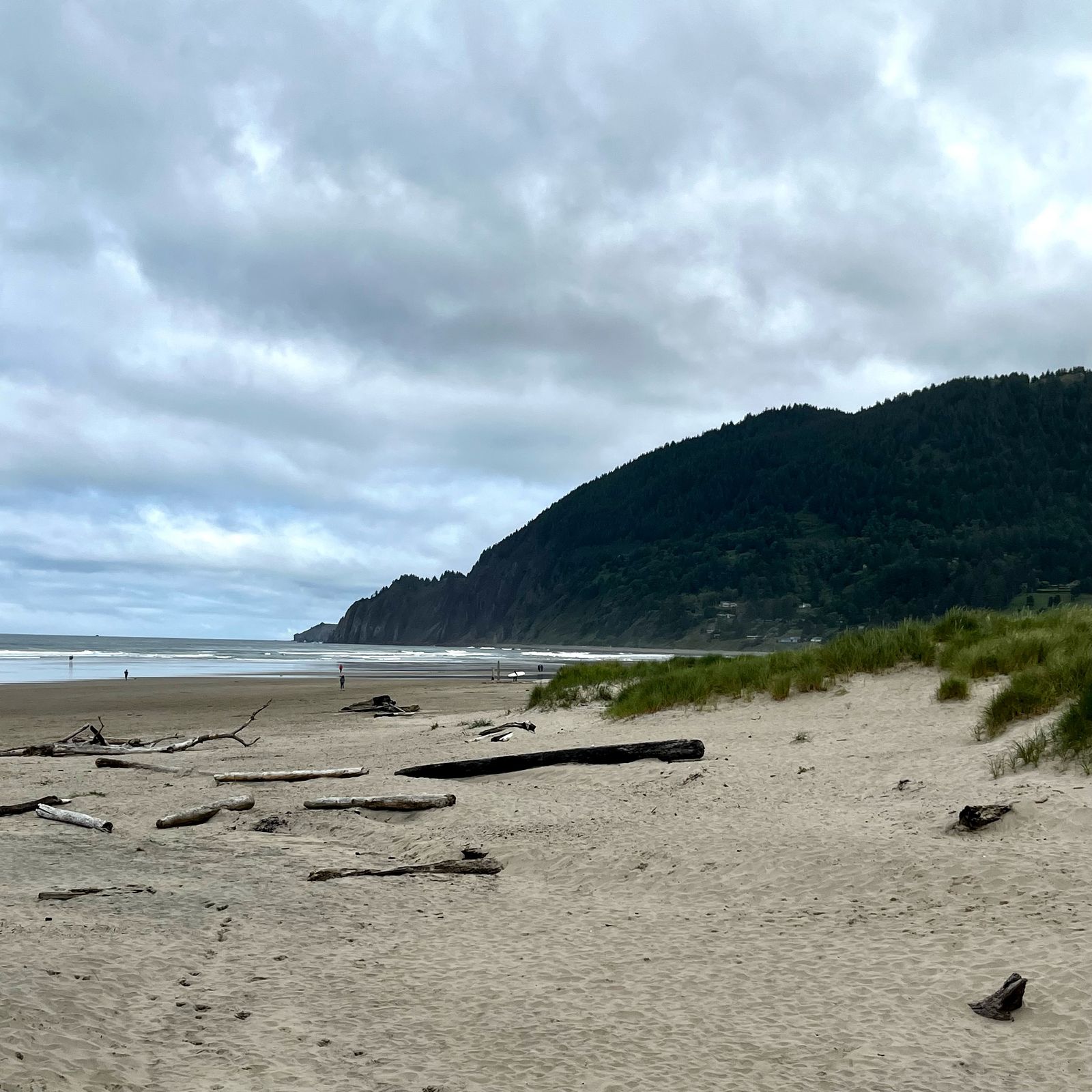 In 1693 the Saint Christopher of Burgos, a Manila galleon laden with silk, porcelain and beeswax, set out from the Philippines on a commercial expedition to Mexico. But the ship – and its precious cargo – never reached its destination. Instead, the ship was wrecked off the coast of Oregon, becoming one of approximately 3,000 ships lost in the region to date.

Over the next two centuries, explorers, merchants, Indigenous peoples, scholars and curious locals traded stories about the fabled shipwreck, which was “sometimes visible” along the Oregon coastline, according to Cameron. La Follette from Oregon Encyclopedia. In 1813 or 1814, fur trader Alexander Henry detailed how members of the Clatsop tribe frequently traded “chunks of beeswax, fresh from the sand, which they pick up on the shore…where the Spanish ship was shipwrecked a few years ago. The fate of the ship’s crew is unclear, but Aboriginal oral histories suggest some survived the disaster.

Despite widespread interest in the 17th-century ship, hard evidence of the so-called “beeswax wreck” has remained elusive until recently. Last week, reports Kristin Romey for National geographica team led by the Maritime Archaeological Society (MAS) successfully recovered a dozen timbers from the Saint Christopher of Burgos‘ wooden shell. The discovery makes the ship one of only three identified Manila Galleons on the west coast of North America, as well as one of three in the world with surviving pieces of wood, according to the Oregon Coast Beach Connection.

Fisherman Craig Andes brought the hull fragments to society’s attention in early 2020, just before the Covid-19 pandemic. He had first noticed the pieces of wood while exploring sea caves near the seaside town of Manzanita in 2013, but only decided to call in experts after realizing that the smaller fragments were about to be taken away.

Initially, the MAS team was skeptical of the Andes discovery.

“I was convinced it was driftwood,” company president Scott Williams said. National geographic. “To think that timbers from 300-year-old ships could survive on the Oregon coast was just crazy.”

Then, however, tests revealed that the antlers came from an Asian tropical hardwood felled in the mid to late 17th century, a finding that prompted Williams and his colleagues to take a closer look at the caves. They confirmed Andes’ suspicions that summer, but were unable to recover the pieces, as the caves are only accessible by water or a dangerous rock rush.

Thanks to weather and Covid-related delays, the official recovery mission, funded in part by the National Geographic Society, did not take place until June 13. MAS archaeologists, staff from cultural resource management company SEARCH Inc., and representatives from the Oregon Department of Parks and Recreation and local sheriff’s offices secured the woods in just 90 minutes, concluding the shipment before high tide.

“The last woods, I ended up staying behind to pack them up, so I had to swim to the jet ski because I got stuck where I couldn’t get out otherwise,” said archaeologist Stacy Owen at KPTV Fox 12 Oregon. .

According to a separate article Oregon Coast Beach Connection report, the Saint Christopher of Burgos probably stranded in shallow water, which rarely preserves wrecks. But storms and a massive tsunami scattered 1700 pieces of wreckage, possibly depositing the newly salvaged timbers in sea caves. Other possible explanations for the fragments’ unlikely survival include cold, less salty conditions on the northern Oregon coast and shifting sands that buried and protected the woods, writes the astorianis Katie Frankowicz.

In the decades since the sinking, artefacts from the ship have washed ashore, fueling rumors about the existence of the enigmatic wreck. According to a timeline compiled by MAS, the flow of beeswax declined in the late 1860s, with an 85-pound piece discovered in 1894 considered “the largest piece found in 20 years”. Although locals at one point disagreed that the wax was natural or came from a shipwreck, by 1920 most seemed to accept the latter scenario.

In the 20th century, the beeswax wreck became local legend, spawning stories of buried treasure and possibly even inspiring Steven Spielberg’s 1985 film. The Goonies. Continued interest in the vessel led to the launch of Project Beeswax Wreck in 2006 and the formation of MAS in 2015.

Although the wooden pieces are a significant find, Williams tells the astorian that archaeologists “did not find what we would call ‘wreckage.’ We don’t know if something like “The Wreck” exists. Pieces of the galleon’s lower hull may still be hidden nearby; the team hopes to recover additional hull fragments from other caves in the near future.

“Will it answer big questions? Probably not,” says marine archaeologist James Delgado at astorian. “But it’s another step in a process that could potentially lead to new discoveries.”

Midsummer’s Eve: places to celebrate the night of San Juan on the Costa del Sol in Spain