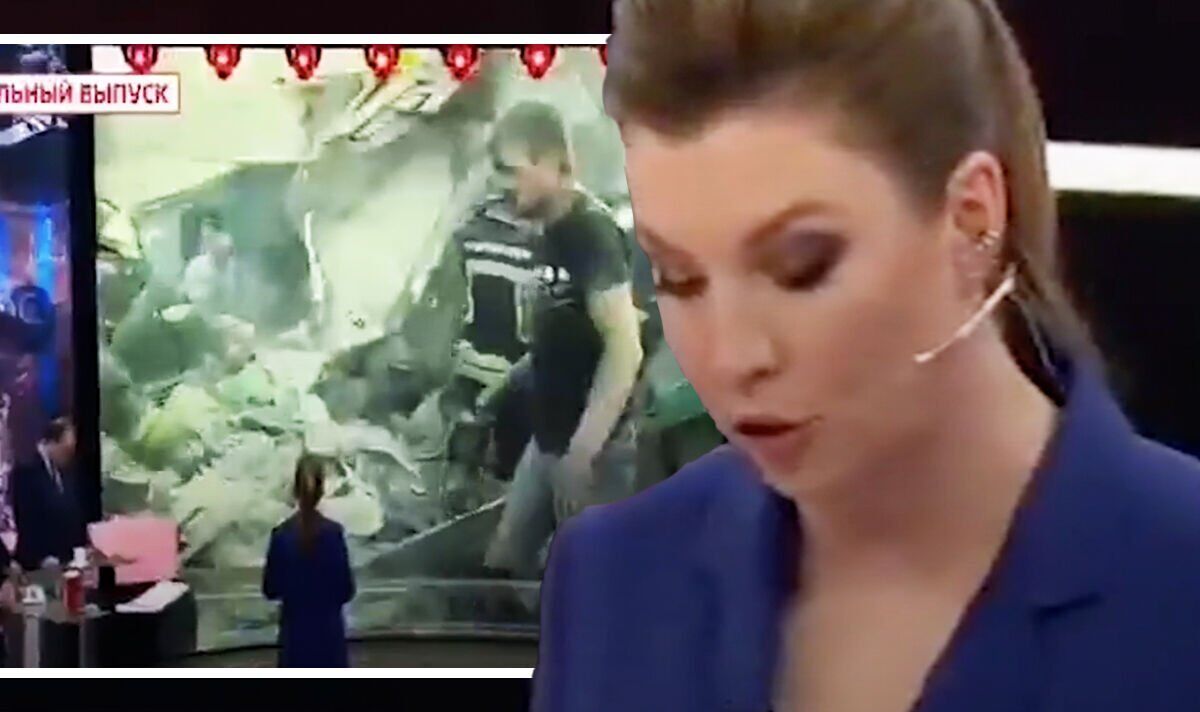 Skabeyeva is known for her outlandish claims about the ongoing war in Ukraine. The Russian host claimed that Russian forces were now compelled to not only demilitarize Ukraine, but the whole of NATO. Russian President Putin told the world that one of the reasons he invaded neighboring Ukraine at the start of the Russian onslaught was to demilitarize the country. Skabeyeva made the bold claim that World War III had now begun, despite the lack of evidence that a global conflict was now underway.

“In the sense that a real war has started, what’s more, it’s World War III.

“We are obliged to demilitarize not only Ukraine, but all of NATO.”

Russia did what it could to prevent Ukrainian forces from regaining land in key parts of the country.

NATO countries have offered help to Ukraine, in the form of sending arms and imposing sanctions, but have refused to impose the much-requested no-fly zone or put troops in the field.

Thus, the NATO-aligned countries did not declare World War III with Russia, despite Skabeyeva’s comments.

Russian President Vladimir Putin threatened retaliation against Western-aligned NATO countries if he felt they posed an existential threat to Russia.

The Kremlin has also not declared an end to the war, despite Ms Skabeyeva’s claims.

Peace talks between Russia and neighboring Ukraine have been stalled for weeks and there are currently no clear signs that the war is over.

And Sweden and Finland announced their promise to join the NATO military alliance, despite Putin’s threats, he did not retaliate and he did not demilitarize NATO.

Eurasia Group Chairman Ian Bremmer has explained why he thinks Putin has been humiliated by NATO expansion.

Mr Bremmer told CNN: “Western leaders need to understand that these things will be seen as escalations by Putin.

“But let’s also remember that when Finland and Sweden first talked about being interested in joining NATO more than two months ago, what you heard from Russia was that there would be military consequences.

“‘We’re going to put our nuclear forces on higher alert,’ I mean, it was really that kind of bluster and escalation.”

“Yet in the past two weeks what we have heard from the Kremlin has shifted the goalposts ‘while it’s no big deal,’ says Russian Foreign Minister, these are small countries, we don’t didn’t mean if they join NATO, we mean if there is NATO infrastructure and bases on their territory, which the Finnish government has already said that it does not intend to do.”

He Bremmer added: “So, I mean, what it looks like, it’s the Russians’ bluff being taken.

“It kind of makes you wish that the 2008 invasions in Georgia and the 2014 invasions in Ukraine were seen as enough crises that the West then responded to the Russians.

“Of course the specific fact is that it wasn’t, it was too small, we couldn’t be bothered, we had other things on our plate.

“So Putin thought he couldn’t get away with more and more.”

Pau Gasol welcomes the arrival of Lorenzo Brown in Spain