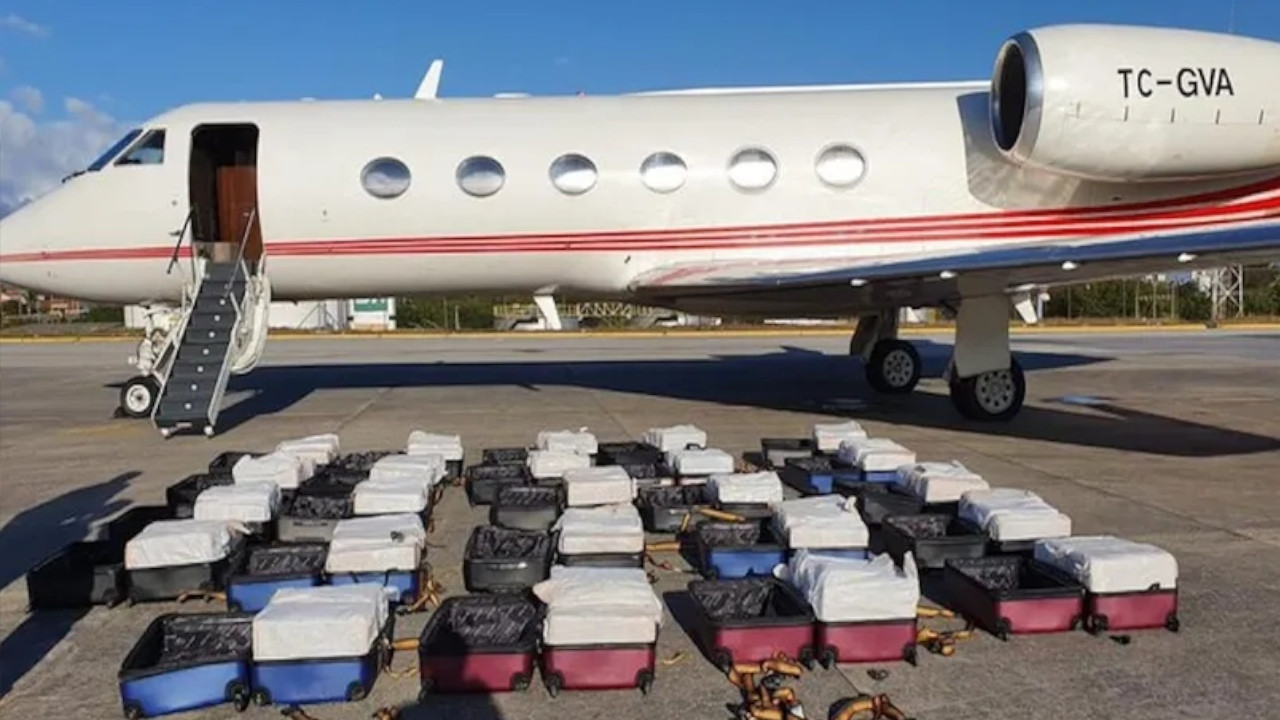 The plane flew from Riyadh (Saudi Arabia) to Malaga (Spain) on Monday August 2, and the same evening to Pinto Martins – Fortaleza International Airport in Brazil. The Turkish jet was a former aircraft belonging to the Turkish Prime Ministry under the registration TC-ATA.

Brazilian police had been warned that the plane would have cocaine on board when it left Fortaleza. Fortaleza airport officers asked the lone passenger to open his suitcase. It was full of cocaine. And it turned out that there were even more suitcases with white powder on board.

24 suitcases each contained 50 packets of cocaine, for a total of 1.3 tonnes of cocaine. The market value of the drug is around 65 million euros. The police operation was filmed.

According to Belgian newspapers From Tijd and Echo, Brazilian police confirmed that the private jet had Brussels as its destination. Brazilian media write that a stopover was also planned in Lisbon, Portugal.

From Tijd / L’Echo learned that the Spanish passenger has a passport which was issued in Belgium. The man would come from the province of LiÃ¨ge.

According to the Brazilian newspaper Globo, there was evidence that the Turkish pilot of the plane was also aware of the drug transport. He too was arrested.

ACM Holding, the owner of the plane, issued a written statement regarding the cocaine bust, claiming that his plane was rented by a passenger with a Spanish passport. “The affected customer and their personal belongings have no connection with our company or our crew, and the passenger’s belongings inspection is entirely under the authority of the airport,“the company said.

Adam Ondra does not finish with a medal in Olympic climbing