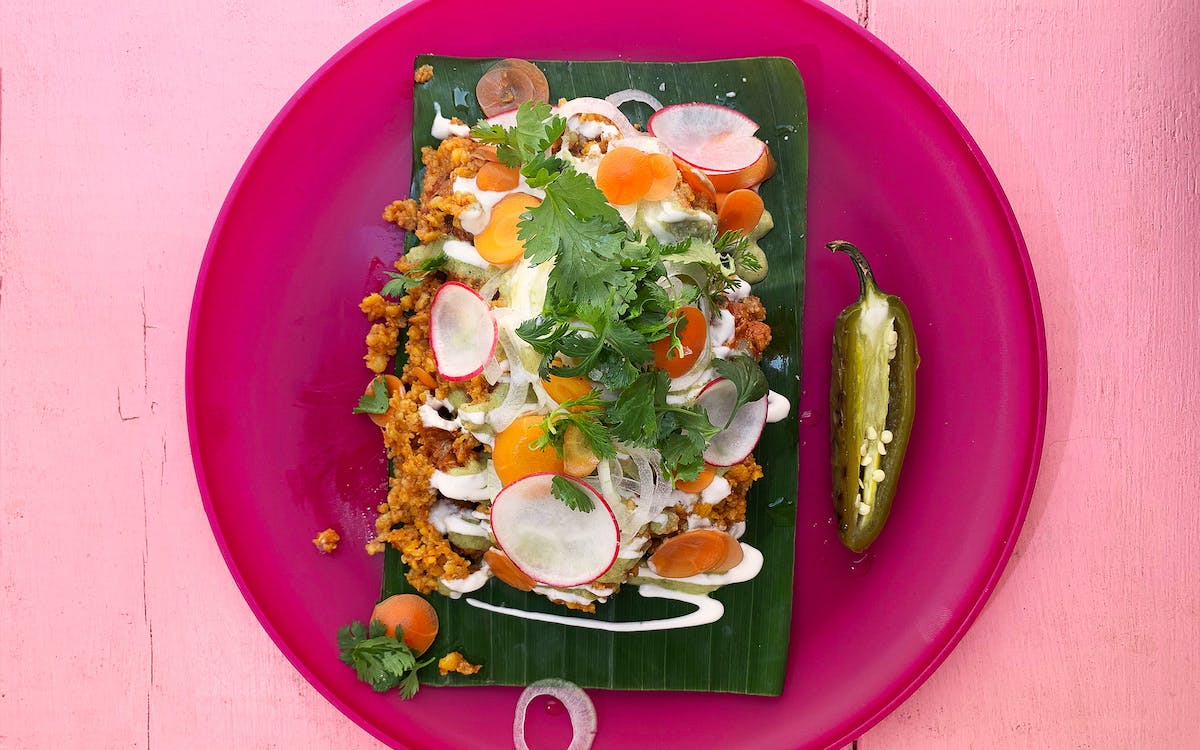 The Rio Grande valley is special. The 4,300 square mile region, stretching from Rio Grande City to Brownsville and the Gulf of Mexico, has spawned much of what is uniquely Texan, from Charro Days and Kris Kristofferson to Tex-Mex food. . The region is known for its unique frontier cuisine, which deserves to be celebrated in its own right. All over the valley you can find excellent breakfast tacos (which locals sometimes just call harina tortillas, “wheat tortillas”). RGV is also known for Sunday barbacoa, the iconic beef head dish whose Texan roots began with vaqueros making delicious delicacies from heads discarded by ranch owners. The valley is also known for its estilo Matamoros tacos, small corn tortilla tacos cradling beef, nestled next to an avocado wedge and topped with queso fresco. These are all amazing foods, and they are also age-old foods that haven’t changed much over the past century. Overall, the Rio Grande Valley is known to be closely tied to culinary tradition, not to innovate in cuisine. Of course, there are exceptions. One of the best is Neighborhood Molino, a year-old pop-up brunch at McAllen.

AndrÃ©s M. Garza and Cristina Castillo opened this wonderful pioneering tortilleria in August 2020 to reconnect the local community with traditional corn-based practices. Both raised at McAllen, the couple met and fell in love at the University of Texas at Austin, where Garza (who uses them / them pronouns) was studying anthropology and working in the restaurant business. Garza gained a series of experiences that later shaped his cuisine: they worked in a sushi restaurant, sweated in food trucks, and eventually cooked under chef Edgar Rico in one of the most popular taquerias. Austin’s most creative, Nixta.

When the pandemic struck, Garza and Castillo decided to return to the valley to help Castillo’s mother at her bakery, CC’s Sweets, who was struggling to adjust to the pandemic. â€œShe didn’t know if the bakery was going to stay open,â€ Garza said. “I was going to have to find something.” This â€œsomethingâ€ turned out to be a revolutionary idea in a part of Texas with deep-rooted food traditions.

Garza began to nixtamize ancestral non-GMO corn from all over Mexico. Castillo and Garza started by selling the masa and tortillas through a pay-per-view system at local farmers’ markets. They also sell to restaurants in the valley. In May 2021, the couple began serving CC’s Sweets brunch. In addition to tortillas, Neighborhood Molino’s rotating menu also includes a range of savory dishes. Diners can sit at picnic tables just outside CC’s Sweets, which offers expertly decorated cupcakes and other goodies from its unassuming location in a mall.

Top: The front of the CC’s Sweets store in McAllen.

The Sunday Brunch pop-up offers Neighborhood Molino another source of income and a creative outlet, with rotating selections of takeout after takeout. The soft and fragrant blue corn pancakes stand out. One order includes four deep cobalt-colored triangles with waves of baking brown, topped with a star-shaped pat of butter. They are an easy starter on the menu, with a whimsical twist: an accompaniment of homemade chorizo â€‹â€‹maple syrup. Tiny orbs of seasoned pork sit at the bottom of the vermilion infused syrup, which started off as a craving. â€œI just woke up one morning and wanted to,â€ Castillo says. “So we did it with regular pancakes and we wondered how we could do this in a more thoughtful way.”

Then there is the Zacahuil Benedict, featured in my Tex-Mexplainer tamales. I described it as “an amazing pyramid of vermilion pork speckled with masa corn kernels and topped with thin carrot and radish medallions, rolled up white onion rings, spots of salsa verde, scribbles of cream and ‘a succulent poached egg. ” That’s wonderful.

You might be tempted to say that the Molino district, with its slightly upscale vibe and high-quality ingredients, “uplifts” the RGV dining scene. Garza is not a fan of the expression. â€œRaising food is when people implement European techniques, the techniques used by their colonizers,â€ they say. “And that way, when you say you raise food, it’s disrespectful to the kitchen itself.” Castillo says she prefers the term â€œdown to earthâ€ because the couple’s cuisine seeks to incorporate the flavors of their grandparents and ancestors: â€œWe really want to respect the ingredients; respect the processes.

Tradition is in the foreground, but playfulness is not far behind. Case in point: the only taco on the menu that falls short of your average tortilla, protein, and salsa product. Rather, the base consists of a white corn tortilla infused with dashi with grilled nori (dried seaweed). On top is a scrambled Japanese omelet. Entered spam (used in Mexican and Japanese dishes) is shot with japanese peanuts (a Mexican snack of plump and fiery peanuts invented by a Japanese immigrant). On the side is a creamy togarashi sauce, a Japanese condiment filled with chili flakes, citrus elements and a blend of spices. To create this taco, Garza drew on their experience working in a sushi restaurant, as well as careful research. “I realize that I have to move carefully and intentionally when designing and executing a dish. [from another culture], Garza said.

I also enjoyed the squash tostada, which is bright and sweet, with a layer of corn hummus that keeps it all together. It offered a chewy respite from the heat of the valley until the salsa macha kicked in with a punch. Next to the tostada was a dish that bridges the gap between Texan and Mexican culinary traditions: â€œQâ€ Tlaco. It is inspired by the signature Q Taco of Laredo Taco Company, itself created in 2004 as a tribute to Q 94.5 (KFRQ) in Harlingen. Stuffed with eggs, potatoes and refried beans, Q Taco is a hearty morning starter. Like many Southern Texans, Garza loves it. â€œIt’s so famous here,â€ they say. “Growing up, people would bring it to school to bribe teachers so they wouldn’t be marked as late.” However, Garza wanted something that came close to the Molino Quarter mission. They swapped the taco for a blue corn tlacoyo, an oblong, open-plan street dish whose history dates back to before the Hispanic conquest of Mexico. This iteration is stuffed with cheese, smeared with refried beans and sprinkled with hash browns. It’s topped with chewy scrambled eggs and a single crispy slice of bacon.

This kind of remix and reinvention is what strikes most about Neighborhood Molino. It is an outlet for recovering Mexican culinary traditions from colonialist influence while exploring how Mexican cuisine is linked to international cultures through trade. For example, everyone loves breakfast tacos. They’re part of Texan DNA, but their foundation, the flour tortilla, is a wheat product. Wheat was brought to North America by the Spanish, and the Europeans attempted to replace corn with wheat. Corn was mistakenly regarded as the food of poverty, while wheat was glorified as the necessary food for the Eucharist. Yes, flour tortillas are very Mexican and essential to border food culture. But that was not always the case. Garza and Castillo present this lesson in a showcase of inventive options alongside familiar regional dishes. The message is never heavy, because the food is a series of creative restaurant-worthy dishes. We could all learn something from the Molino neighborhood.