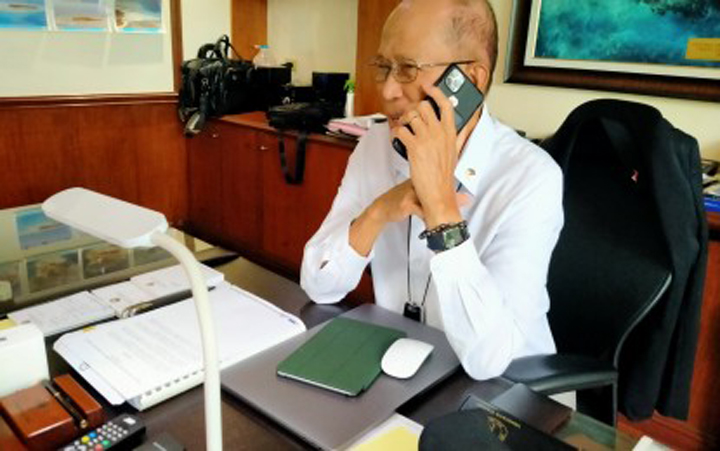 PHL and Spain sign agreement on security of “classified” information

The Philippines and Spain signed an agreement to protect “classified” defense information as they agreed to cooperate on security and work in other areas of defense.

The agreement on the â€œProtection of classified information in the field of defenseâ€ was signed by Defense Secretary Delfin N. Lorenzana with the Spanish National Intelligence Center, following his meeting two days earlier with his counterpart. Spanish Margarita Robles.

Lorenzana is on an official visit to Spain where he is also expected to attend the International Defense Industry Exhibition where he could possibly research equipment for the ongoing modernization of the Armed Forces of the Philippines.

During his meeting with Robles, the Secretary of Defense and his counterpart agreed to collaborate and even explore other areas of defense, and discussed matters of mutual interest and even regional issues.

“The two ministers discussed issues of mutual interest, including the importance of strengthening partnerships in the Indo-Pacific region, fostering multilateral cooperation and jointly addressing the global issue of climate change,” the spokesperson said. word of the Ministry of National Defense, Arsenio “Popong” Andolong.

“The two delegations reaffirmed their commitment to further enrich collaboration with the defense industry, increase student exchanges and explore other areas of defense cooperation,” Andolong added.

Back to Whitsun Reef

Meanwhile, Lorenzana said they would verify reports that Chinese fishing vessels have returned to the Pentecostal Reef in the country‘s maritime waters.

More than 200 Chinese Maritime Militia ships assembled and occupied the reef in March this year before dispersing and redeploying to other areas of the Kalayaan Island Group and the western Philippine Sea to following a demonstration in the Philippines.

The Asia Maritime Transparency Initiative (AMTI), citing satellite imagery, said the number of ships near the reef had increased in the past three months.

â€œThese numbers include Vietnamese coast guards and fishing boats, but the vast majority are Chinese fishing boats that are more or less 50 meters long,â€ AMTI said.