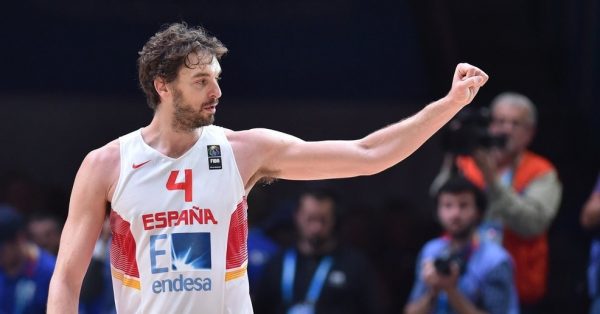 Pau Gasol welcomes the arrival of Lorenzo Brown in Spain


By the Eurohoops team/ [email protected]

Pau Gasol has commented on American-born guard Lorenzo Brown potentially becoming the naturalized Spanish player for EuroBasket 2022, saying it’s an addition that can be of great help to the team.

“I heard about it,” Gasol, a Spanish sports icon, said at an event where he was introduced as Iberia’s cultural change adviser. “Also something about Serge [Ibaka]. If they use Lorenzo or anyone as a naturalized player, it will be to help and that is the job of the coaches and the Federation. Then you analyze whether it worked well or not. With significant absences at the position of point guard, it seems that a reinforcement is needed at this position, say.

Brown was one of the 2021-22 EuroLeague’s elite guards before his Unics Kazan was kicked out of the competition in light of Russia’s invasion of Ukraine. He averaged 13.8 points, 6.1 assists, 3.6 rebounds and 1.5 assists in the competition.

If he joins Spain for EuroBasket, he will be making his debut for a national team and it will be done with Gasol’s blessing.

“I haven’t followed Lorenzo Brown much, but he will be a good player,” added Gasol. “The job of the team will be to introduce him to the dynamics and the identity of the team. Make him feel like one of the others. That we need to have significant cohesion to be more competitive and be able to beat teams that have more individual quality.

The water footprint of Spanish grapefruit production has decreased by 36.9% over the past 30 years