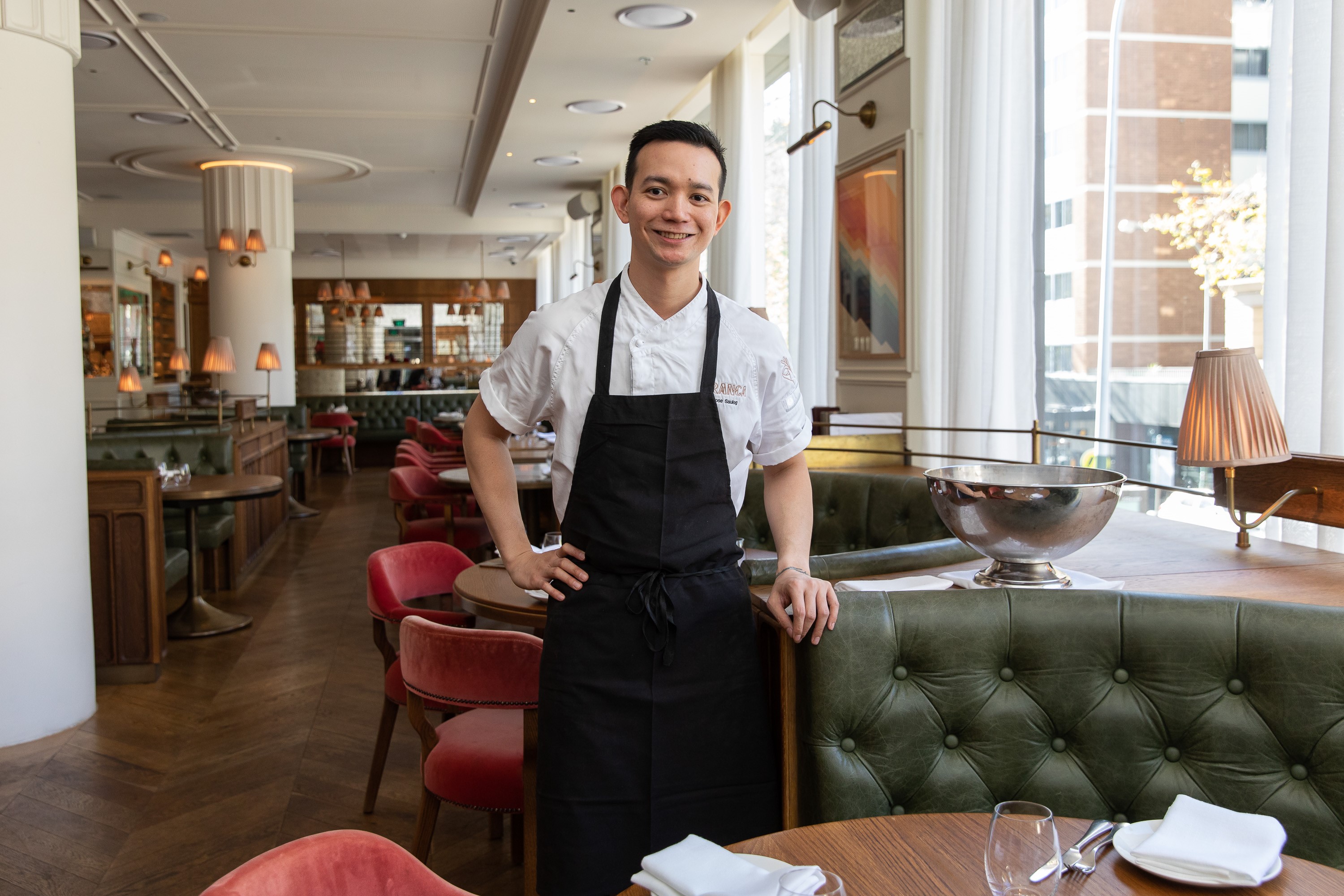 Barcelona has been a culinary giant, attracting chefs who seize the opportunity to work in some of the best restaurants in the world. Naturally, it also hosts its fair share of food enthusiasts eager to immerse themselves in the iconic culinary scene.

You’d be hard pressed to meet anyone who doesn’t mention ‘that trip’ to Barcelona; it’s just one of those places that never fails to leave a mark. Sydney Restaurateur Andrew Becher is one person with fond memories of the city, continuing to sum up his own experiences at Parlar, a new Catalan-inspired restaurant in Potts Point.

“In all my travels through Europe, I have always stopped in Barcelona,” he says. “You could say that I have a long-standing love affair with the city. I love the Catalan coastline and surrounding regions, especially the Perpignan region in southern France, which has a strong influence on Parlar’s cuisine.

Becher is also behind Franca Brasserie, with restaurant executive chef Jose Saulog joining Parlar in the same role. Saulog talks to Hospitality about tradition, changing flavor profiles and why snacking is the way to go.

Chef Jose Saulog began his career as an apprentice in Vancouver before moving to Sydney to work at Glass Brasserie and later Tetsuya’s. A stint at Bells at Killcare followed until an opportunity to open a groundbreaking restaurant in Germany presented itself.

“I went to Hamburg to pursue the dream of a Michelin star and helped open a restaurant called Lakeside,” Saulog explains. “We earned a star in our first year.”

The chef returned to Sydney and was part of the opening team at Franca Brasserie, rising through the ranks to Executive Chef over the years. Now he also runs Andrew Becher’s newest restaurant, Parlar, which is conveniently located next to Franca on Macleay Street.

It’s the first time Saulog has focused on Catalan cuisine, and the chef says he’s more than up to the challenge. “If you do one thing forever, you have blinders on,” he says. “It really helps shift gears and broaden everyone’s mind. I have ideas for Parlar, but then I’m like, “Maybe it’s for Franca.”

Parlar’s approach reflects the backbone of Spanish cuisine: simplicity. “A lot of us have traveled around Europe, and Barcelona is a must-see place,” Saulog says. “I’ve been there several times and really fell in love with the food; it’s not fancy in any way – it’s honest and humble.

Parlar’s menu didn’t go down the traditional route, with the team making the decision to start with the basics and stray off course a bit. “We put our own spin on it using the best Australian ingredients we can find, but we stick to basic Catalan flavors,” says Saulog.

But that doesn’t mean the format is different from what you would experience in Spain. “There are lots of snacks, tapas, pintxos—call them what you want,” Saulog says. “Snacks and small plates have been big here for the last 10 years, but they’ve been doing them forever in Spain because that’s the culture.”

And that means a generous use of signature produce, from paprika to jamón Iberico and venezsca, tuna, which is used in a mayonnaise. “It’s so rich and bold with so much umami,” Saulog says. “It’s a far cry from your typical canned tuna.”

Each venue has its signature dishes, and Parlar’s is a mix between anchovy churro and orange kingfish. “We’re all familiar with anchovies and churros, but together they’re pretty unique,” Saulog says. “It’s your basic churro recipe without the sugar and there’s also crème fraiche and chives.”

While flavor is number one, Parlar’s orange interior design is reflected in the mackerel dish, which combines the protein with sturgeon caviar, fresh orange and smoked tomato oil. “It goes so well with the piece and the dish really stands out,” Saulog says.

There’s also fideuà, a Catalan version of a paella made with pasta instead of rice. “It’s a highlight here, nobody else really does it,” Saulog said. “It’s quite rich in seafood and it tastes like paella, but it’s pasta. It’s really crispy on the bottom too.

The dish perhaps exemplifies what Parlar is all about – a culinary experience that oscillates between familiarity and innovation.