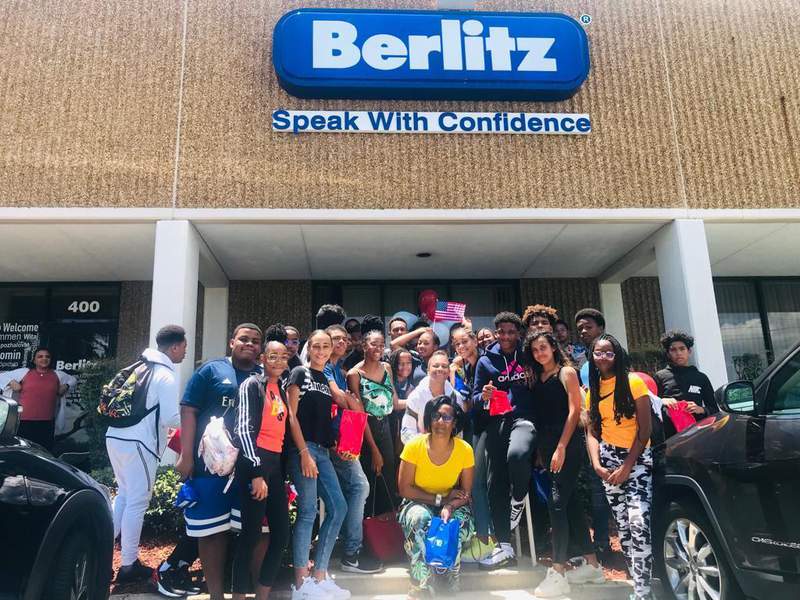 ORLANDO, Florida – EPCOT is not the only place in Orlando where people can travel across different countries and cultures. The Berlitz Language Center also offers residents and visitors the international experience that comes with learning a new language.

Berlitz, a certified Student and Exchange Visitor Program school, has operations in five states, including Florida, Maryland, New Jersey, New York and Virginia, as well as Washington, DC, according to their website.

The Orlando location officially opened in January 2016 and has paved the way for students ever since, even after having to close for 10 months last year due to the coronavirus pandemic. Until February 2021, students exclusively took online courses that attracted participants from all over the world. Now they offer online and in-person courses in over 12 languages.

Berlitz’s program focuses on the ability to communicate in real-life situations.

“Even though this is English level one, we will teach them how to describe people, how to order food in a restaurant, what situations they need after school and need to communicate, “said the director of Berlitz Orlando. Renata Oliveira. “Our students speak a lot in class to make sure they learn to speak the language faster.”

Students come from all over the world to participate in intensive, standard or online learning programs, whether they are a student in an immersion program, a local looking to learn a new skill or visiting to his family on vacation. Self-study is also available and allows students a more flexible schedule as they study at their own pace.

â€œLearning a new language opens doors,â€ said Dora Leal Ferreira, Head of Customer Relations at Berlitz Orlando. “We are trying to open the door for students, immigrants and international students.”

Ferreira knows firsthand how fluency in a language can give people better jobs and internships. This is what happened to her after living in the United States as an exchange student with Brazil during her senior year. The experience led to a career in counseling students embarking on study trips abroad.

Now, she and Oliveira help enroll and guide the 135 students at the language center through the variety of programs offered by the school, which includes specific classes that can accommodate up to 11 students for children, adolescents, families and adults.

â€œWe are both immigrants. I think our stories are similar, our journeys are similar, â€said Oliveira, who was also an exchange student in Australia. â€œWhen I returned to Brazil, which is my country of origin, I worked with cultural exchange programs to help students who wanted to study abroadâ€¦ and to prepare them for an international experience. . It also prepared them to live in a new culture. “

Living in a new culture opens your mind and makes you realize how much bigger the world is than we think, she said.

At the Orlando institution, most students come from Central and South American countries such as Brazil, Venezuela, Colombia, and Puerto Rico. They are residents of Florida who come to learn English.

This makes sense given that Florida has the third-largest Hispanic population in the United States, outnumbered only by California and Texas, with 5.7 million Latinos making up about 26 percent of the state’s residents, according to a 2021 Pew Research Center report.

From 2010 to 2020, Florida alone saw its Hispanic population increase by about 1.5 million, accounting for 43% of the country’s population growth, alongside Texas and California, the report continues.

â€œTo better understand the local culture, it’s easier if you know the language because you can interact more with people. Whether it’s your neighbors, the parents of your studentsâ€¦ with whom you interact on a daily basis, â€said Oliveira.

If someone marries someone who speaks Spanish, they want to learn Spanish. If they do get a business opportunity, knowing another language puts them in a better position to reach out and communicate well at work.

Students also have opportunities for growth outside of the classroom, participating in potlucks and field trips in the Central Florida region.

â€œWe want students to share their culture with us. Next week, for example, we’re having a potluck, â€Oliveira said. â€œSo the students can bring a dish or a dessertâ€¦ it’s a special recipe from their heritage and they explain what it means to themâ€¦ and then everyone can try. “

To find out more about the courses offered, visit Berlitz.com/Orlando.

The Spanish armada returns to the Ryder Cup