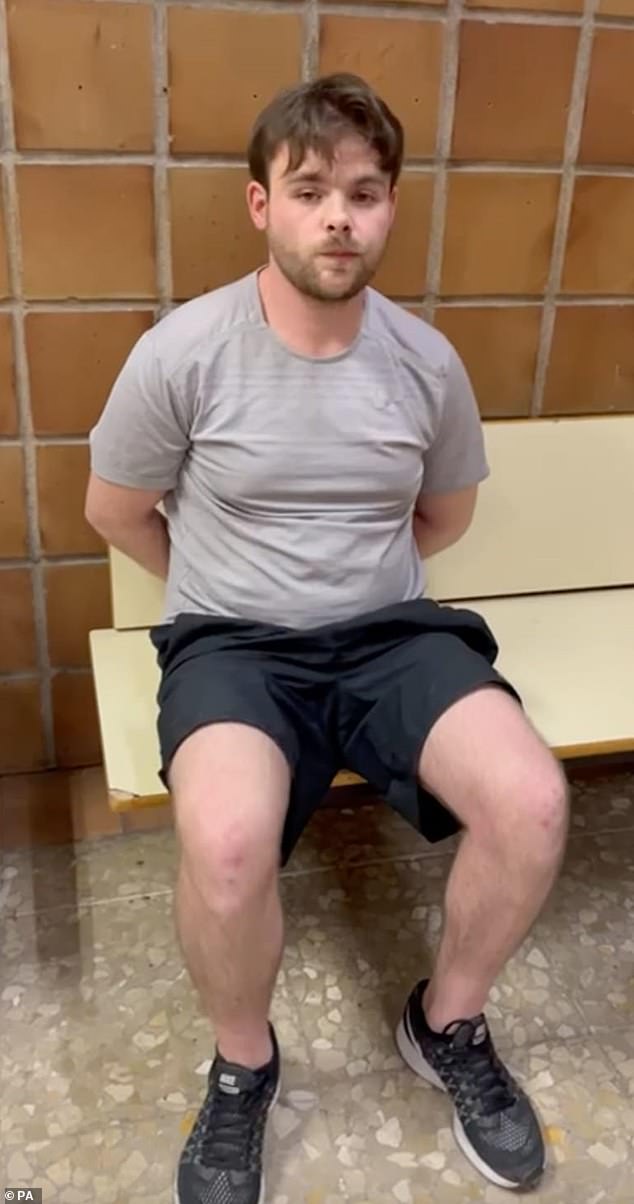 By Matt Powell for Mailonline

One of the UK’s most wanted men has been arrested by Spanish authorities – the fugitive spent nearly seven years avoiding the law due to an alleged link to a murder in 2015.

David Ungi, 30, was arrested on Thursday, along with three other men, as he entered a shopping center gym in Coin, Malaga.

Officers also seized a 9mm Ruger firearm and ammunition from a backpack.

He was wanted in connection with the murder of Vinny Waddington, 18, who was shot and killed in July 2015 while riding on the back of a motorbike in Liverpool.

The shooters used a 12 gauge shotgun and fired at the victim from an Audi A3 before knocking his bike off the road.

Luke Kendrick and Ryan Bate received life sentences for her murder, but Ungi, the third suspect, fled the country within 24 hours of the murder and had not been seen since.

He was also wanted in connection with the heroin supply in the Liverpool area.

However, following a joint operation between Spanish authorities and three British criminal agencies, he was arrested and now faces extradition to Britain.

David Ungi (pictured), 30, was arrested at a shopping center in Coin, Malaga on Thursday after seven years on the run from British authorities

Ungi had been on the National Crime Agency’s (NCA) most wanted list since 2015, Steve Reynolds, NCA’s regional director in Spain, said: ‘Three of the UK’s most wanted fugitives arrested in one week are a fantastic achievement.

“Ungi is a very dangerous person and his arrest is good news for the communities of Liverpool and Spain.

“These arrests would not have been possible without close cooperation between UK police forces and our law enforcement colleagues in Spain and Portugal.

“There are still a number of fugitives on our most wanted list, and they need to know that we will never give up and are never far behind them.”

“We will continue to work closely with other law enforcement agencies, both in the UK and overseas, to track down those wanted for the most serious offenses and bring them to justice.”

David Ungi has been wanted by the NCA since 2015, when he was 24, on charges of murder, attempted assault causing grievous bodily harm and conspiracy to supply heroin

Lord Ashcroft, founder and chairman of the charity Crimestoppers, said: “The capture of this fugitive just days after two others is fantastic news and shows that the public, like us, wants to protect our communities.”

“It also proves that our joint Most Wanted campaign with the NCA to highlight those on the run is working successfully.

Suspected murderer Callum Halpin was arrested in Portugal on Monday, while Alex Male, wanted for drug trafficking, was also arrested at Lisbon airport on Saturday.