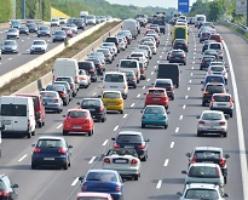 In 2020, there were 0.53 passenger cars per capita in the EU. At regional level, there are significant disparities in motorization within the EU: apart from two extreme values ​​(Aosta Valley and Mayotte), the highest regional rate (Autonomous Province of Trento) is nearly seven times the weakest (Peloponnese) .

In 2020, three of the five highest motorization rates (number of passenger cars per 1,000 inhabitants) were recorded in Italy: Valle d’Aosta (1,787), Autonomous Province of Trento (1,285) and Autonomous Province from Bolzano (871). The other two were recorded in Flevoland (857) in the Netherlands and in the Finnish region of the Åland Islands (840).

These regional rates are often linked to the economic situation but can also be affected by particular circumstances: the high motorization rate in Valle d’Aosta is influenced by tax rules and the high rate in Flevoland is linked to its proximity to a large town.

The picture is quite different for commercial vehicles (trucks, road tractors and special vehicles excluding trailers and semi-trailers), where no systematic differences were observed between Western and Eastern European regions. The share of utility vehicles in the total number of road vehicles in a region depends on several factors. These include regional transport systems and infrastructure for different modes of freight transport, such as highways, railway lines, port and airport capacities. The economic characteristics of the region also play a role. Is the regional economy dominated by manufacturing industries or services? Where is the region located on the main European freight corridors?

To contact us, please visit our user support page.

You could retire in Spain for half the price of Florida