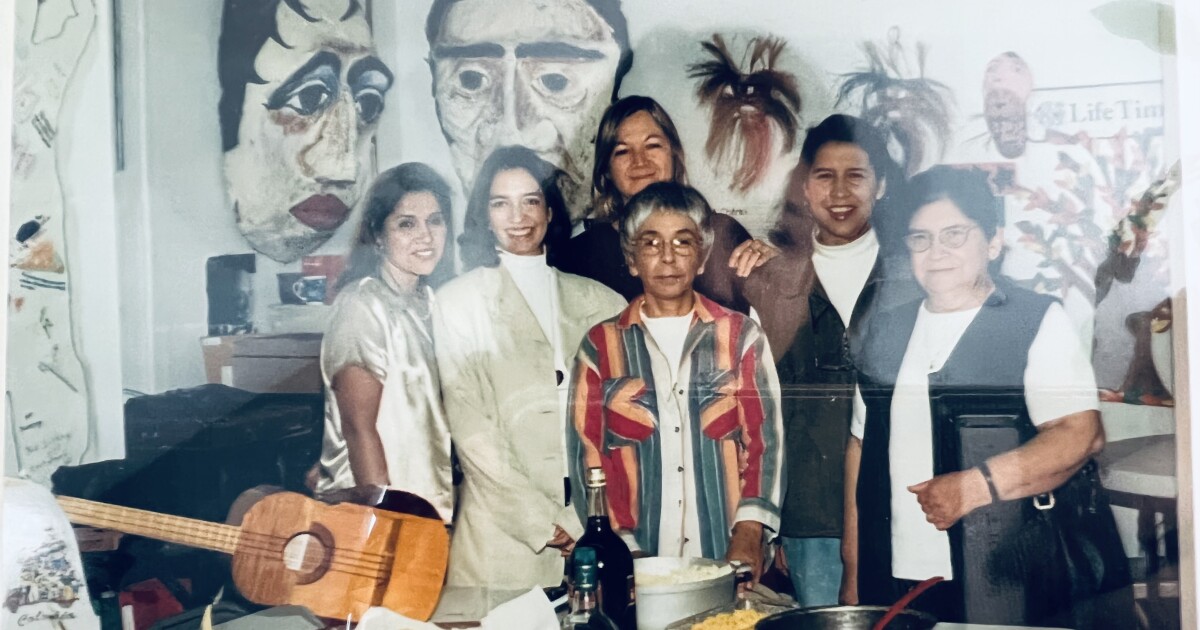 On the corner of Maple Street and Nashua Street in Manchester, there is a two-storey house with a large tree outside the front door. For nearly 40 years, this structure housed the Latino Center, a place where women shared recipes and stories, and where bigger issues, like landlord-tenant issues and domestic violence issues, were addressed.

This is the vision of its founder, Eileen Phinney, when she founded the center in 1971.

The first wave of Latinos arriving in New Hampshire came from Uruguay in the 1960s. A textile factory brought people from small communities, and many newcomers spoke no English.

Phinney, who was Uruguayan herself and had built a successful life in Manchester, wanted to give them a place where they would feel close to their country and, at the same time, connect them to the wider community.

The center was full of life and culture, says Eva Castillo, one of the first employees of the Latino Center.

Castillo remembers helping Spanish speakers with interpretation when they needed medical attention or accompanying them to file an unfair labor practice complaint.

“And many came just to have someone to talk to,” Castillo said.

But after Phinney’s death in 2009, funding for the center became increasingly difficult. Gradually, the dream of providing a safe place for Latinos faded after the center passed into the hands of another organization. The focus shifted from serving only Latinos to serving all refugees. Eventually, the center ceased to function.

“It was devastating. People didn’t know where to go,” Castillo says.

Since then, Castillo and other defenders have struggled to raise funds to restore the center. They say grants to support a center exclusively for Latinos have been hard to come by.

Some communities have a central gathering place, such as Indonesian Community Connection on the Coastline. But Latinos, despite being the largest minority in the state, have no place to reconnect with their culture or have a home that represents them; it leaves them with no place to go when they need help or just a place to feel connected.

Cristina felt this need keenly when she arrived in New Hampshire in 2014, following the death of her husband in Mexico at the hands of a cartel. (We don’t use his real name to protect his identity.)

While she initially felt a sense of relief and security, building a new life in a new country was difficult and confusing to navigate.

“I didn’t understand what was going on,” Cristina says.

She says a Latino center would have provided not only the practical support she needed, but also a community of people to share with.

Often, support for newcomers falls informally to people like Angela Mercado, a veteran Nashua activist who helps the Latino community, sharing her phone number with those in need.

Mercado has opened its own small Latin center in Nashua. However, she thinks of it as a small remedy. She wants to collaborate as much as possible with others working towards the same goal of opening a larger, fully staffed cultural center.

In his absence, Mercado and Castillo worry “multi-service agencies,” or one-stop agencies – companies that typically operate out of storefronts and offer translations and legal advice without expertise. Both women say both services are priced to benefit people.

“Latinos are driven to pay more than necessary,” Mercado said.

Wary of these companies, Mercado tries to provide similar services through a small program at his Pentecostal church in Nashua.

As she walks around the classroom and pantry, she says this center will not be tied to any religious faith.

For Castillo, this is important for a future Latino center because she thinks people from all walks of life should feel safe and encouraged to go there. She is hesitant to partner with a church after a small Latino center was established at Saint Anne-San Agustin parish in Manchester in 2019. Castillo says that recently it has become a pastoral service, limiting the kind of support social and programming that can occur.

At the Mercado Center, she hopes to eventually pay those who volunteer and expand her list of programs.

Although they know there are many challenges, Mercado and Castillo continue to work towards their goal because, they say, the way to build a more united Latino community is to connect.