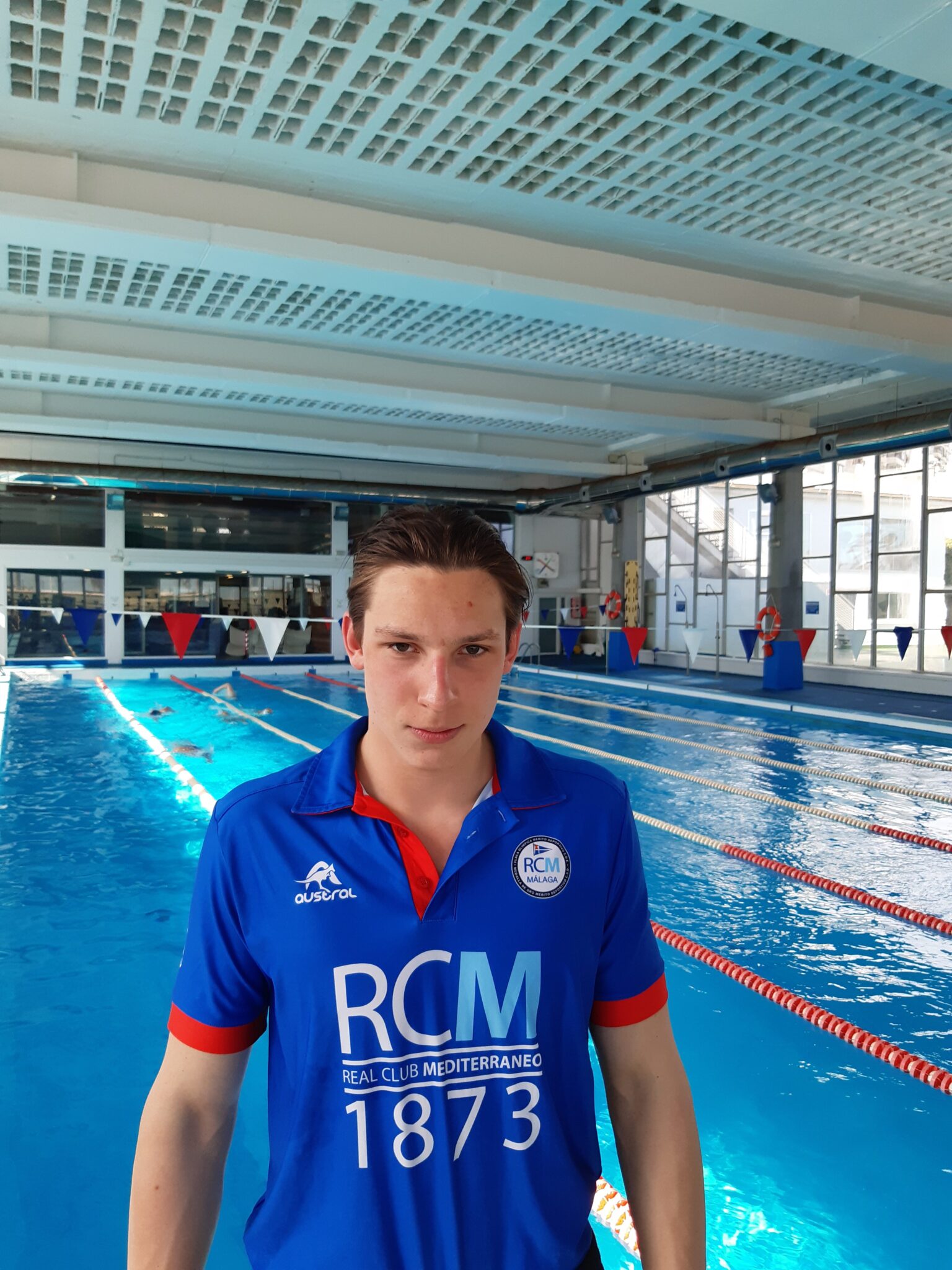 Ukrainian teenage swimmer Mykyta Terentiev swam a 21.91 SCM 50 freestyle less than a week ago and a 22.56 LCM 50 freestyle in late April. Those two times make him the fastest 2005-born male swimmer in the world this calendar year, although it should be noted that the heart of the normal short course season has yet to begin. Terentiev hopes to swim in the United States soon and attend college as he graduates from high school next summer.

His 50 SCM freestyle was performed while leading a 4×50 freestyle relay in Granada, Spain.

Terentiev was born in 2005 in Zaporizhzhia, Ukraine, a city in southeastern Ukraine, and started swimming when he was seven years old. He was forced to flee his home country in February due to the war with Russia which began in late February. Terentiev is another example of the impact of war on the swimming community in Ukraine.

Since March, Terentiev has been living in Malaga, Spain, a city in southern Spain. There he trained with Real Club Mediterraneo.

Terentiev told SwimSwam that he did not apply for refugee status in Spain because he had always dreamed of training and competing in the United States. Since arriving in Malaga, he has been grateful to Real Club Mediterraneo for allowing him to use the local pool to continue his training.

While in Ukraine, Terentiev told SwimSwam that he achieved the Master of Sports title in Ukraine. In February 2022, before the start of the war, he was Ukrainian national junior champion in the 50 LCM freestyle. He swam a 22.90 in the preliminaries and followed that race up with a 23.09 in the final to secure the win.

In 2021, he participated in the Ukrainian Junior National Championships where he finished second in the LCM men’s 50m backstroke. There he swam a time of 26.91 in the morning and 26.88 in the final.

His best SCM times (with SCY conversions) are:

His best LCM times (with SCY conversions) are:

Terentiev opened up about his desire to move to the United States and swim in college saying, “I think of a valuable opportunity to be part of your team. I am a hardworking, highly motivated person. My main qualities are commitment, perseverance and integrity. I am leaving high school in June and I can enroll in university. Terentiev told SwimSwam he has a B-2 level in English and is ready to take the TOEFL test.

Terentiev also said: “In such a difficult situation for my country where I cannot continue to practice swimming, I hope you can reach out to me. I will do my best to be an asset to your team on my path to excellence.