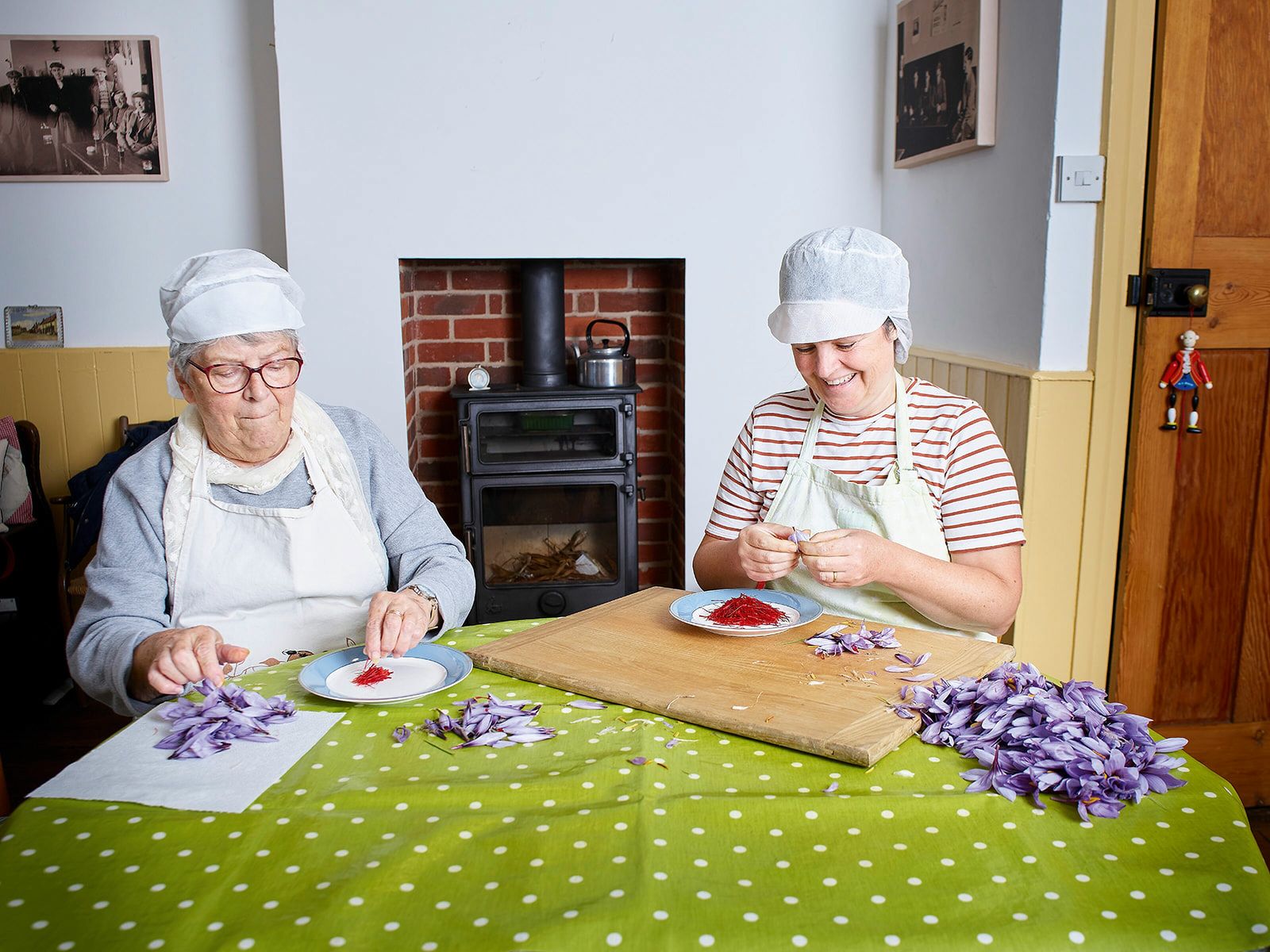 When Sally Francis was a college student in 1997, she asked her parents for a saffron plant for her birthday. She planted it on the family’s smallholding near Burnham Market on the North Norfolk coast, but that first harvest yielded just a teaspoon of saffron.

After buying more plants, the years that followed proved to be more and more successful. She shared the saffron with her family and friends, and the surplus was sold at a local craft fair, which proved a huge success. In 2009, she had had enough of the spice to start a company, Norfolk Saffron, producing an extra strong Grade I variety, grown in one of the most amazing regions in the world.

“I’m a botanist, so plants are my passion,” says Sally, of the farm that has been in her family since 1934. “I had low expectations for saffron because I had read that even though it was grown in Britain in the Middle Ages, the climate is quite bad now, so it can’t be done.

Around 400 years ago, the UK was a hotbed of saffron production. When Sally researched the subject, she was amazed to find that the seaside port she can see from her field, Burnham Overy Staithe, used to ship locally grown saffron to the Netherlands – and that she had therefore inadvertently resurrected a long-lost industry. .

Saffron is thought to originate from Crete, whose mild winters and dry summers create ideal growing conditions. Today, Iran, India, Spain and Greece are the main producers, with Iran responsible for the vast majority of the world’s supply. So how does a small farm in Norfolk weather the English weather to produce Grade I saffron?

It’s about “replicating the climate of Crete as best we can with the conditions we have,” says Sally, declining to elaborate further on her commercially sensitive secrets. But Norfolk being one of the driest parts of the country is certainly a factor, she adds.

To Japan: the importance of the historical relationship with Portugal

Spanish projections of 2022 in Malaga: a summary