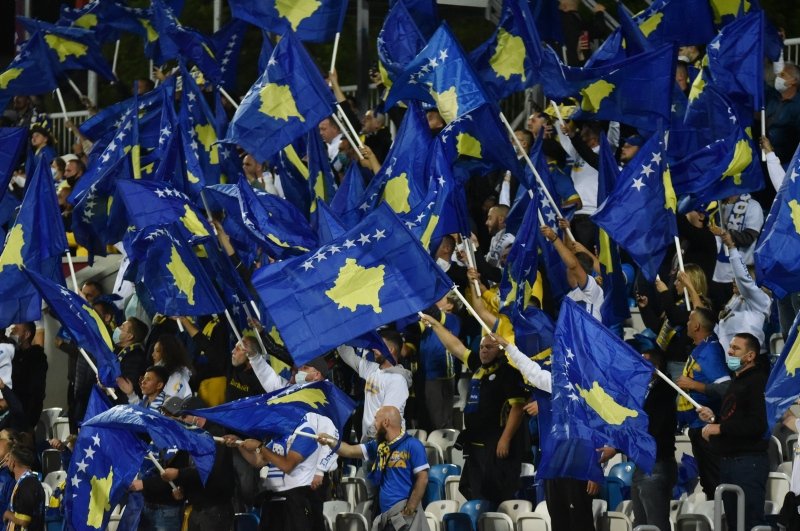 Kosovo applied for membership of the Council of Europe on Thursday, with Belgrade officials vowing to prevent Pristina from joining international organizations and stepping up their anti-recognition campaign.

The request was filed weeks after Russia, a key ally of Serbia, withdrew from the body in March after calls grew for Moscow’s expulsion following its invasion of Ukraine.

Being accepted into the continent’s leading human rights organization requires a two-thirds vote of the membership, and with Russia not recognizing Kosovo as an independent state, there was a risk that any previous candidacy would fail.

Kosovo says it now has enough support from the 46 members to be accepted and the government said it had ordered the foreign ministry to begin membership procedures.

Kosovo with an ethnic Albanian majority declared its independence from Serbia in 2008. But Serbia and its powerful allies, China and Russia, still do not recognize this decision.

Kosovo has incorporated the European Convention on Human Rights, a founding document of the Council of Europe, into its constitution. The Council of Europe, which was created after the Second World War to promote human rights, the rule of law and democracy, already has an office in Kosovo to help with democratic reforms.

“Kosovo is the most democratic country in the (Western Balkan) region,” Foreign Minister Donika Gervalla-Schwarz said on her ministry’s Facebook page, announcing the candidacy.

But Serbian President Aleksandar Vucic said his country would “do everything” to oppose Pristina’s decision in a “peaceful and diplomatic way”.

He previously warned that Serbia would renew its efforts to convince countries that have recognized Kosovo’s independence to change their minds.

“In the coming weeks, we will do our best to show that we can fight and preserve our country,” he told a local television station on Thursday.

Vucic called for a meeting of the National Security Council on Friday on the issue.

“There will be no backing down, no surrender to blackmail and ultimatums,” he added.

“Through the work of our security services, we have learned that at least two major countries are working to support Pristina on new recognitions and to prevent the withdrawal of recognition campaign,” he said.

He said the government of Serbia and the Foreign Ministry would “continue to fight hard” and work for the withdrawal of recognition from Kosovo.

Gervalla-Schwarz, however, said Pristina had no information that four countries had withdrawn their recognition of Kosovo.

“We are under pressure to accept the violation of territorial integrity, the violation of public international law, of the legal order, to our detriment. The United States government, through a statement by the Department of State, issued on the occasion of the first anniversary of the Washington Accord, made it clear that the United States considers the agreement valid and called on Belgrade and Pristina to abide by the agreement,” Selakovic said.

Kosovo has agreed to freeze its efforts to join international organizations for a year, based on the terms of a US-brokered agreement in September 2020.

Serbia, for its part, has agreed to suspend its campaign to persuade the countries to reverse their decision to recognize Kosovo’s independence.

Tensions between Belgrade and Pristina have remained high since the 1998-1999 war between ethnic Albanian militias and Serbian forces in Kosovo, then a Serbian province deprived of its autonomy.

The conflict left more than 13,000 dead and 1,617 people still missing. NATO intervention in the form of a bombing campaign over Serbia ended the war.

Kosovo is already recognized by 117 countries, including the United States and most member states of the European Union. Spain, Romania, Greece, Greek Cyprus and Slovakia are EU countries that have not recognized Kosovo, a landlocked country with a majority Albanian population of 1.9 million, in as an independent state.

In November 2015, Kosovo failed to become a member of the United Nations cultural organization UNESCO after Belgrade lobbied against the bid. But Kosovo joined European football body UEFA and international football body FIFA in May 2016.

Keep up to date with what is happening in Turkey, in its region and in the world.