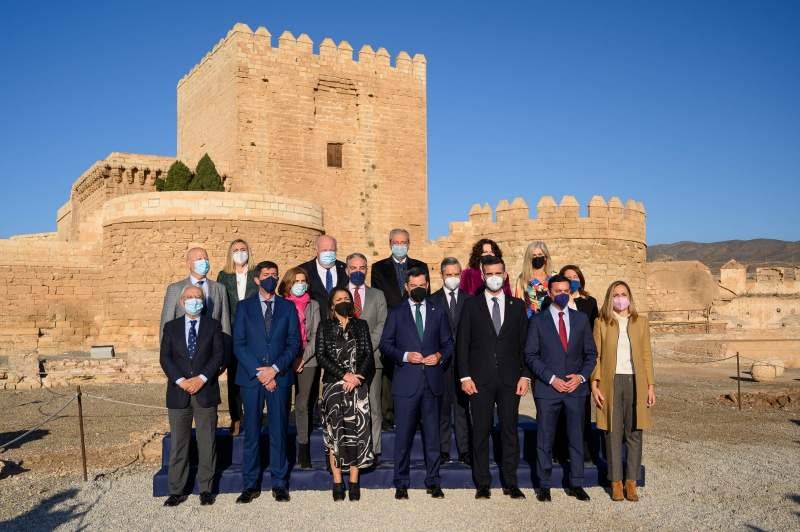 The regional government led by Juanma Moreno held its first meeting of 2022 at the Alcazaba in the city of Almeria on January 11.

Moreno told the equivalent of a cabinet meeting that the junta was closer than ever to the wishes, hopes and dreams of the people of Almeria province.

The regional president pointed out that during the current legislature, the junta has provided more than 3.1 million euros for the renovations of the Alcazaba, in addition to the 7.4 million euros from the central government for a complete restoration of the walls of the 10th century fortress.

Moreno also spoke of the 50 million euros spent finishing the Almanzora motorway over the past three years, with 12% of the final section that will connect it to the A-7 now complete.

An investment of 2.5 million euros would counter the poor condition of 811 hectares of pine trees in the Sierra de los Filabres and Sierra Nevada, Morena confirmed.

He also announced that the €5 million Cedefo forest firefighting center in Alhama de Almeria would be named after firefighter Carlos Martinez Haro who lost his life in the Sierra Bermeja (Malaga) fire in last September.

Other Junta projects include a pilot project for the conservation and restoration of Posidonia Oceanica seagrass beds in the Cabo de Gata-Nijar National Park, while the Plan Crece Industria (Industrial Growth Plan) would consolidate the sector. marble on an international scale, promised Moreno.