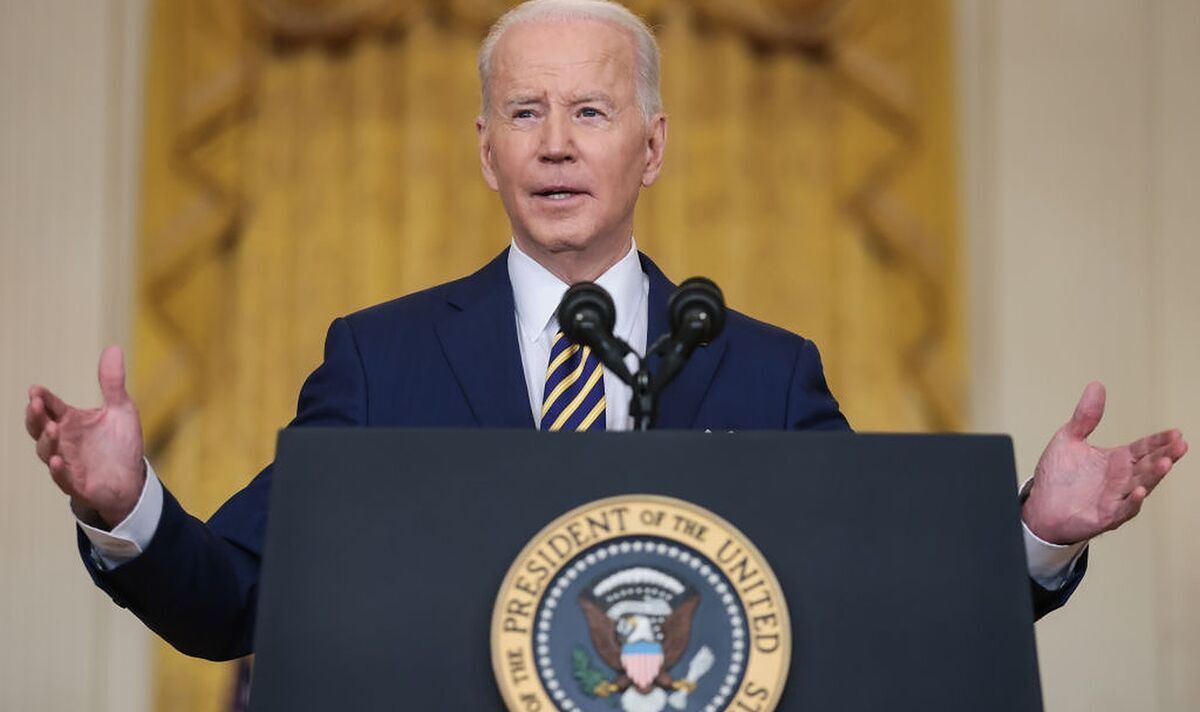 James Corden was lending a hand at the White House, discussing Boris Johnson’s hair and the kidnapping of boy band One Direction. The comedian and talk show host also visited the kitchen at 1600 Pennsylvania Avenue, helping with “food safety” and held a press briefing with US reporters.

The humorous sketches were part of a special edition of the Take A Break segment of Mr. Corden’s The Late Late Show.

Posing as President Biden’s personal assistant for the day, Mr Corden offered to bring the president a snack before “redecorating” the Oval Office with a photo of him with Harry Styles.

Later, he asked the POTUS, “Which of the world leaders do you have on that phone on speed dial?”

“We could call Boris Johnson.”

The US President replied: “Boris talks to me all the time, I wish I had his hair, I could have been elected earlier.”

The TV host jokingly replied, “Would you like to have Boris Johnson’s hair? No one has ever said this in the history of talking about hair.

Later, while speaking to ex-White House press secretary Jen Psaki about the briefing schedule, Mr Corden asked him, “How is the president doing on One Direction recovering? together?

“Should they be kidnapped, placed together in a group and deported once again?

READ MORE: China on track for ‘contagious crash’ within weeks – a threat to the world

As Mr Biden sat down at the NATO summit, the Prime Minister asked: ‘How was your evening?’

President Biden could be heard saying “Good” on a televised feed of the meeting, “‘Good time with my granddaughters’.”

Mr Johnson continued: ‘Get out of town or what did you do?’

Everyone loves Marbella in Spain: from cavemen and Romans to Grace Kelly and Gemma Collins