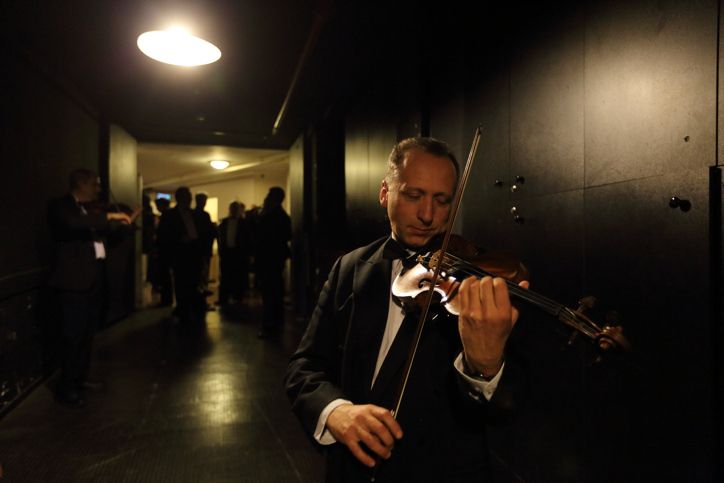 “Music has the magic of connecting people, even countries. I sing for everyone’

The first Royal Air Maroc flight from Morocco to Israel landed in Tel Aviv on Sunday, but the pilot of that flight was in the Jewish state a week earlier for a unique musical performance.

“We are trying to take it musically to a new place, but it’s not a revolution, it’s an evolution.”

Andalusian music encompasses traditional and modern musical genres originating in the Andalusian region of southern Spain, which was inhabited by both Muslims and Jews before the Catholic Spaniards reconquered it in the late 15th century.

“When we talk about Andalusian music, we are talking about the music that was created in the Golden Age, when Jews and Muslims lived and created together,” Cohen continued.

“This music originally is a music made of coexistence.”

This coexistence seems to be returning as Israeli and Moroccan musicians, who were holding their breath during the Covid pandemic, can play together again.

“I was born in Sefrou, they call it ‘little Jerusalem’,” said Moroccan singer Sanaa Marahati. i24NEWS.

“My grandfather always told me that he grew up with Jews and that it was normal for people to sing in Arabic and Hebrew.”

For Narkis, an Israeli singer and Orthodox Jew, music is a way to bring people together.

“Music has the magic of connecting people, even countries. I sing for the whole world,” she said.