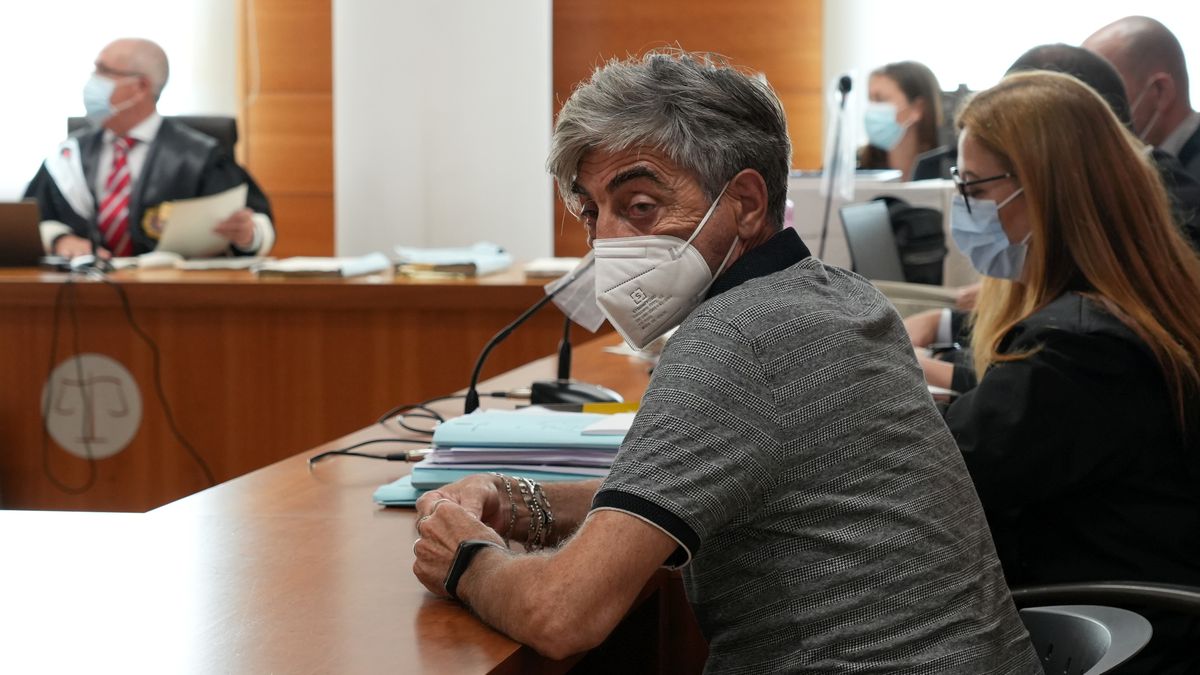 In Spain, a jury decides that the suicide of a young man was in fact a homicide | International

Iván’s parents and friends described him as a normal 17-year-old. He went to high school, played football, took piano lessons and hung out with his buddies. He wanted to become a member of the riot police.

One day he logged onto a dating site and started talking to a man almost 40 years his senior. Eventually, the man started sending threatening messages to Iván on WhatsApp: “I’ll teach you not to waste your time. I’m coming for you. I will ruin your parents because of you. The harassment lasted seven hours.

Iván responded to some of the hundreds of messages that were sent. He began by apologizing: “I won’t do it again. Please don’t. I’ll do what you want.” Eventually, he began to warn the man that he would kill himself. But the messages didn’t stop.

“If you kill yourself, you destroy your parents,” was one of the responses.

Moments later, at 6:40 p.m. on December 1, 2016, Iván threw himself from the roof of his building. In his pockets he carried his wallet, keys and cell phone. It took eight months for the contents of his mobile phone to be reviewed and the harassment he had faced to be uncovered. For Iván’s parents, the research provoked feelings of “relief and anger”. Relief because they had a why – anger because there was a who.

The court in Castellón, in the eastern region of Valencia in Spain, found Vicente Paradís, a 62-year-old man, guilty of the crime of homicide, although he never met the minor. He has a criminal record for an act of sexual assault committed in 2004, in the neighboring province of Alicante.

During the seven-day trial, Paradís, a skinny man with distant gaze and narrowed eyes, was unfazed. In front of the television cameras, he even smiled. Forensic experts have defined him as a “simple” person with a low intellectual level, but without any conditions that prevent him from being aware of his own actions. The words of the lawyers caused, on occasion, tears among members of Iván’s family; Paradis responded with slight nods and sidelong glances. At the start of each day of the trial, he passed Iván’s parents without problem, displaying an attitude of open contempt.

On Wednesday, nine jurors – six men and three women – deliberated behind closed doors. They eventually found Paradís guilty, using a doctrine called objective imputation. The Supreme Court of Spain explains the theory as follows: “The essence of the theory…lies in the idea that the prejudicial result must be imputed to the defendant as long as said result is the consequence or the achievement of a legally disapproved danger created by him, because if the victim had not found himself in the situation created by the perpetrator, the offense would not have taken place.

The doctrine of objective imputation is not a widely known theory. Although it can be summed up as a result of an action, other legal aspects are involved. In the case of homicide, the gray area is wider, since the Penal Code definition is clearly stated as “one who kills another”.

To clarify matters for a group of jurors inexperienced in forensic matters, the prosecution elected to include an alternative charge in addition to the homicide charge. Had the jury been unable to convict Paradís of homicide, they would have had the option of convicting him of manslaughter, in which “gross recklessness causes the death of another “.

The defense denied that Paradís was the author of any harassing messages. But the prosecution had no doubts: “This situation of permanent harassment and emotional blackmail pushed the minor to commit suicide by throwing himself into the inner courtyard of his building.” Even after the suicide, the accused continued to send similar messages and photos. The defiant text messages were interspersed with voice notes from Iván asking for forgiveness.

“The defendant created the risk, he was warned [by the victim] of the consequence that his attitude could have and he accepted the possibility of the outcome of death, ”explained the prosecutor on Tuesday. He stressed that at no time did the defendant lower the intensity of the threats and that he exerted a “vital influence” on the death of Iván. “The minor is not among us because of the accused,” he summed up.

The defense, meanwhile, had asked the jury to weigh two possibilities: the first, that Paradís was not the one sending the messages, although they came from his phone – according to his testimony, he lent his cell phone to someone for more than a day. Second possibility: that the phone was tampered with. It was also alleged that the defendant was not accompanied by his lawyer when he was questioned by the police, despite the law not requiring it.

The second lawyer specifies: “I am not saying that it was the police who modified the conversation… but that someone else could have done it. The defense argued that during the eight months the phone was at the police station – while the case was not being investigated as anything other than a suicide – it should have been kept permanently.

“The evidence is contaminated,” he argued. Yet, in his closing argument, he repeatedly stated, “The accused did not kill the minor, the minor committed suicide,” ignoring the theory of objective imputation presented by the prosecution.

The prosecution described Ivan as a normal teenager; the defense tried to show that he was a problem child.

“He was a good boy. He didn’t deserve this just because he found out about his sexuality… his life was taken away from him,” the prosecutor told the jury. He spoke on behalf of Iván’s parents and brother , who broke down in tears at the end of the trial. “He was a normal teenager,” said the prosecutor, responding to the defendant’s lawyer, who argued that Iván was a troubled hashish user who led a double life.

Iván, according to his friends, only smoked a joint “when they went out partying or on weekends”.

“He had a drinking habit,” the defendant’s lawyer said, despite the fact that the toxicology report carried out on the minor after his death was negative for narcotics. “He lied to his parents,” he continued, as conversations with his friends revealed he had once misled them about where he was going. “He was hanging out in unsavory surroundings…something happened to him, he had problems,” the defense attorney inferred from statements by Iván’s friends that he was a bit withdrawn. These remarks provoked strong reactions from the victim’s father and brother; the presiding judge asked them to leave the courtroom.

The last person to speak with Iván was his cousin, who testified at the trial. It took an hour before he threw himself off the roof of his building. Iván told his cousin that someone was threatening him, but he wouldn’t say more.