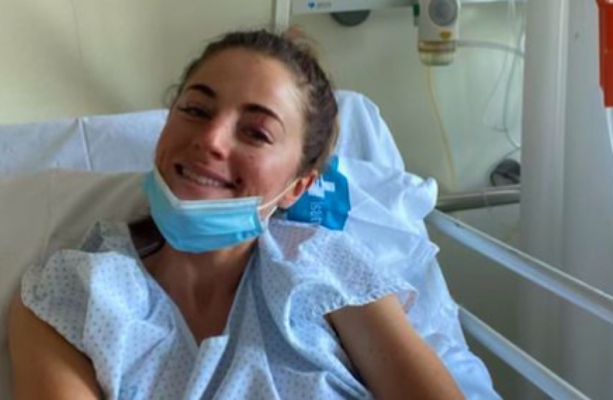 Imogen Cotter, the Irish national cycling champion, says she feels “lucky to be alive” after she was hit by a car while training in Spain, which left her seriously injured.

Cotter, who won the National Senior Women’s Road Race Championship in October, said she suffered horrific injuries after a car passed a cyclist on the other side of the road.

Writing about the details of the incident in an Instagram post, she revealed that she underwent surgery and fractured her kneecap and “broke her radius”. His injuries also required stitches.

“Yesterday while I was riding I was hit by a car,” she begins in a post that also includes a photo of her bicycle which was badly damaged as a result of the collision.

“The car was passing a cyclist on the other side of the road and drove straight at me at high speed.

“I feel so lucky to be alive. I was taken by ambulance to the hospital, where I appeared to have fractured my kneecap and radius, and needed a few stitches. “I had surgery late last night. I’m so grateful to still be here to write this. It could have been so much worse.”

The Clare native signed a professional contract with the Plantar-Pura team for 2022 a month after winning the National Women’s Road Race Championship.

Get closer to the stories that matter with exclusive analysis, insight and debate in The42 Membership.

Bernard Jackman, Murray Kinsella and Gavan Casey take a look back at the Six Nations, discuss Irish provincial progress in Europe and then discuss the latest off-field drama in Welsh rugby.

Tips to help you get a mortgage