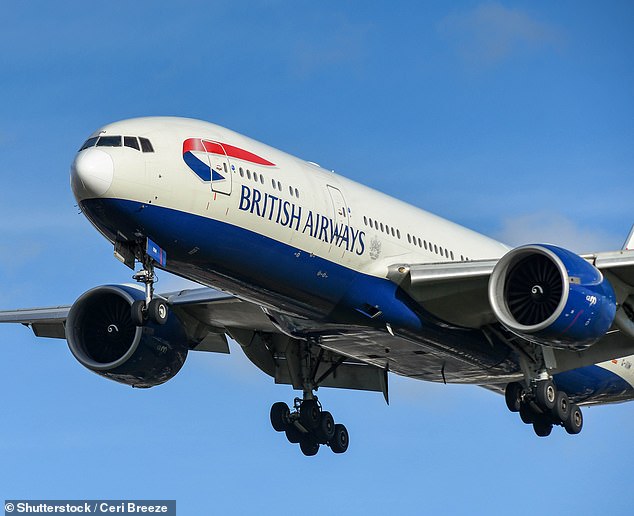 The boss of British Airways parent company is on a monthly allowance of £20,000 to help pay for his two homes in Spain and the UK

The boss of parent company British Airways has landed a monthly allowance of £20,000 to help pay for his two homes in Spain and the UK, The Mail on Sunday can reveal.

Luis Gallego, who was appointed chief executive of International Airlines Group (IAG) in September 2020, has received a £500,000 pot to fund his living conditions in the two countries where IAG has its main headquarters.

Takeoff: Luis Gallego received a £500,000 pot to fund his living conditions in the two countries where IAG is headquartered

This big-budget stipend is paid to the airline boss for two years, during which time IAG has agreed to shell out the extra costs associated with splitting his time between London and Madrid.

Gallego, from Madrid, and his family moved to the UK ahead of his appointment to the top job in August 2020, for which he received a “series of relocation payments” from the airline giant.

The company’s FTSE100 annual report said: ‘In 2021, the CEO of IAG became eligible for a transitional allowance of £250,000 per annum on a two-year fixed term, allowing him to personally maintain a base in Madrid given the important operations and activities of the company in Spain.’

Since replacing Willie Walsh as CEO of IAG, Gallego has taken two successive pay cuts during the pandemic and turned down a bonus.

Earlier this year there were concerns about the £6,550 a month given to new Barclays boss CS Venkatakrishnan to cover his accommodation costs when he moved from the US to the UK. Gallego’s package overshadows that and is likely to prove controversial at a time when IAG has racked up huge losses.

IAG recently reported reduced losses of €2.9bn (£2.4bn) for the last financial year, but the company said it expects to become profitable in 2022.

Some links in this article may be affiliate links. If you click on it, we may earn a small commission. This helps us fund This Is Money and keep it free to use. We do not write articles to promote products. We do not allow any business relationship to affect our editorial independence.

Wissot: Spanish is spoken here, there and everywhere