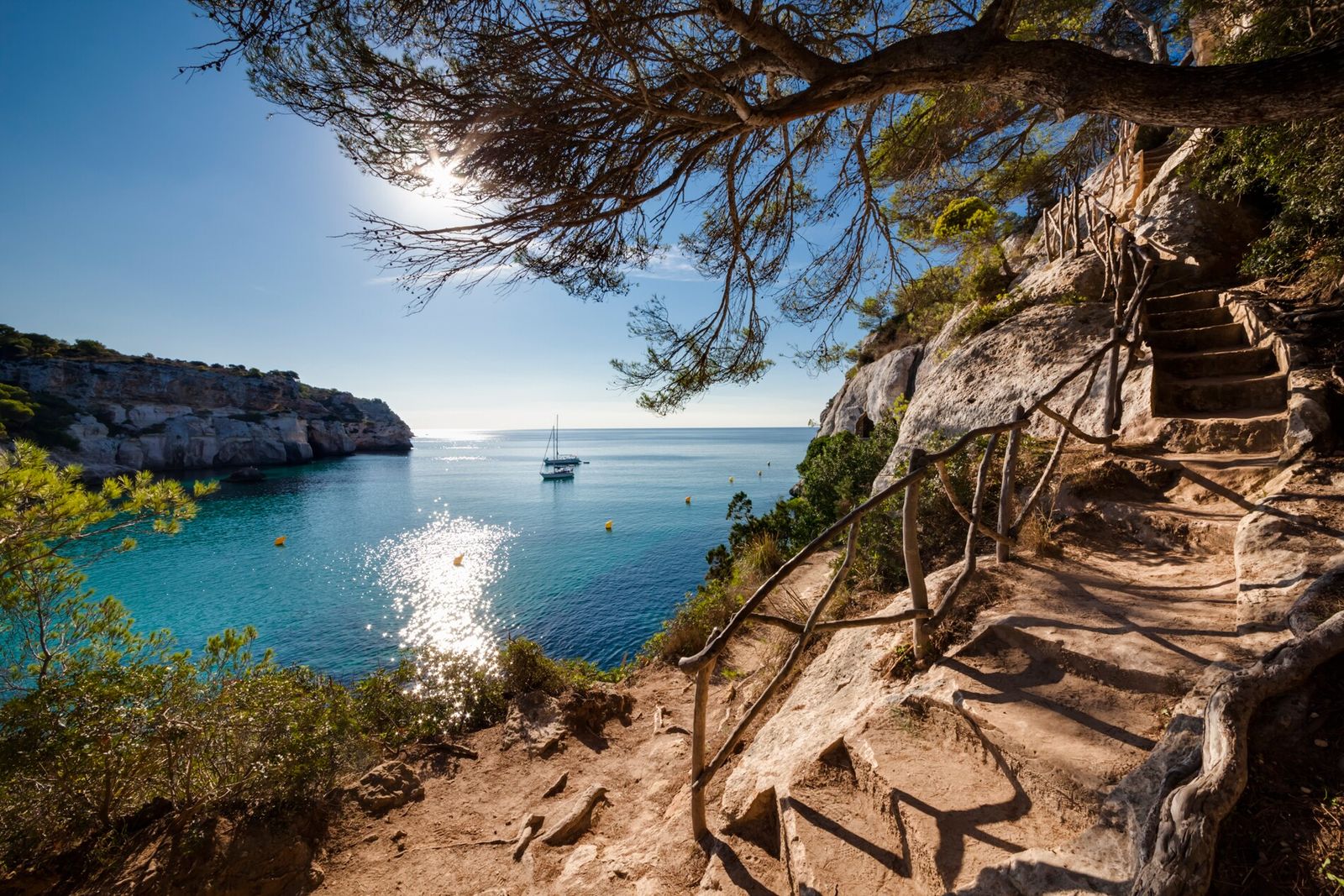 How to spend a weekend in Menorca, the tranquil beauty of the Balearic Islands

Atop Mount Toro is a statue of Christ, his arms outstretched as if embracing the island. Comparisons between it and its Brazilian counterpart are easy to draw, but it’s a more modest affair – a fraction of the size, with a fraction of the visitors. After all, Menorca is not one to shout about its charms. The second largest of the Balearic Islands is a relaxed affair, where farming traditions dominate and life moves at a gentler pace than its party sisters Mallorca and Ibiza. Venture inland and you’ll see this tranquil, rural beauty at its best: junipers and pines surrounded by red kites; pretty whitewashed villages; and dry stone walls criss-crossing a landscape that seems unchanged for centuries.

Not that it had always been a peaceful sanctuary in the sun. Menorca has seen its fair share of conflict and conquest, having been controlled by a multitude of Mediterranean powers, including the British, who occupied the island three times between 1708 and 1802. This succession of occupants left rich relics to explore, from the mysterious towers of the prehistoric Talayotic people to the military fortresses overlooking brilliant blue seas.

This year, Menorca is one of Europe’s two gastronomic regions: a seal of approval for a land that draws heavily on its natural riches, from honey to seafood. The island is also a Biosphere Reserve of the UNESCO since 1993 and as a result the development of the resort is limited, making it a refreshingly low-key escape. Sometimes, it seems, it’s best to leave the party to the neighbors.


Morning
Mahón, the capital of the island, makes an excellent base. You won’t be the first to think either: a three-mile-long natural harbor made the city a strategic stronghold for the British in the 18th century. You can learn about the island’s British connections at Fort Marlborough; Built in 1726 to view the French and Spanish flotillas, it is now open to visitors. If art is your thing, hop on a boat to Illa de Rei in the harbor. The tiny island is home to Hauser & Wirth Menorca, which opened last summer. The Spanish outpost of the Swiss-based international art gallery is housed in a former military hospital and is home to beautifully landscaped gardens as well as fascinating modern art exhibits. Book ahead for lunch at its excellent restaurant, Cantina.

Afternoon
Just outside of Mahón you will find Talatí de Dalt, a prehistoric settlement built by the Talayotic people, who inhabited Menorca and Mallorca between 1500 BC and the 2nd century AD. This scattered set of dwellings, towers and taulas (huge Stonehenge-like structures) is one of the best examples of Talayotic culture on the island. A short drive away is the Natural Park of s’Albufera d’Es Grau. The heart of the island’s biosphere reserve, its dunes, marshes, tamarisk shrubs and olive groves – all wrapped around a lagoon – offer some of Menorca’s best walks and bird watching. Then, climb to the Favàritx lighthouse to enjoy the peace of the promontory’s calm waves and black slate landscapes, roamed by a handful of hardy goats.

Evening
There’s no better place to dine than Torralbenc, an old farmhouse whose terraces are surrounded by lavender and cypress trees. The hotel-restaurant, quintessential Balearic style, all with minimalist white walls and rickety beams, offers an exceptional tasting menu accompanied by its own wines. Nearby, the Cova d’en Xoroi is a concert hall and club housed in a cave on the side of the cliff overlooking Cala en Porter. Alternatively, the Mercatapas tapas bars, housed in the Mahón fish market, are packed six nights a week, serving goat cheese croquettes and fried anchovy cones. There’s also street music all over the city center on summer nights (starting around 9pm), so be sure to get there early to find a curbside table. On the drink side, Mahón gin is one of the only gins in the world to benefit from a protected regional designation. Xoriguer is the best known brand; try it in a pomada granizadaan ice-cold, thirst-quenching drink of gin and lemonade.

Change is coming to the LCBO