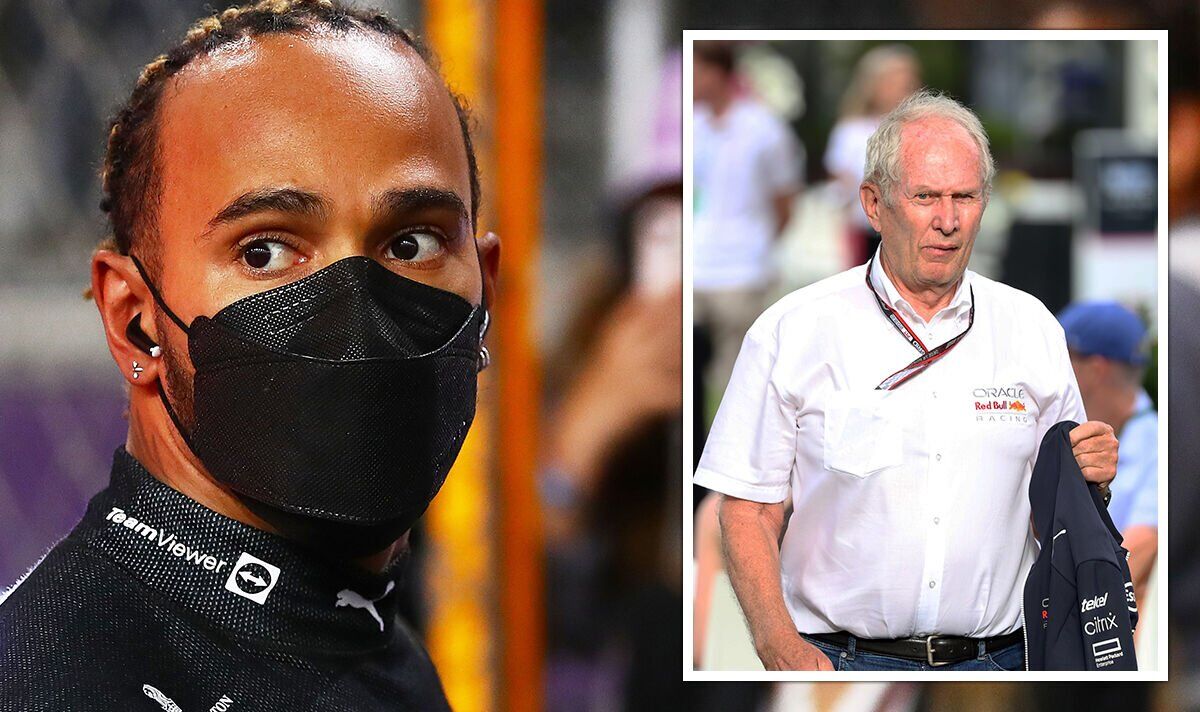 Helmut Marko believes Lewis Hamilton is not out of title contention as Mercedes recovers, weeks after claiming the seven-time champion should have quit F1. The Red Bull chief has warned Mercedes is getting “faster every day” and warned teams should not “write them off” as title contenders.

The message will come as a warning to Red Bull drivers Max Verstappen and Sergio Perez who sit first and third in the driver standings. Speaking to the Austrian OE24, he said: “Their car is getting faster every day, from the best times they are already at our level or even better.

“So you really shouldn’t write them off. If Mercedes suddenly dominate everything again, then Hamilton will be back too.”

When asked if Marko thought Red Bull had already secured the title, he said the remark was simply “absurd”. Speaking to OE24, Marko added: “I just did the math: we still have 15 races ahead of us.

“Even Russell is only 41 points behind Verstappen. Anything is still possible there.”

Hamilton has repeatedly squashed rumors that he was set to retire and openly said it was not in his DNA to quit when the going got tough.

He said: “I’ve been with Mercedes since I was 13. We had amazing times together. We went through the ups and downs together. I am 100% committed to this team. There’s nowhere else I want to be. Just because we’ve been through a tough time, it’s just not in my DNA to back down.

The Silver Arrows appeared to be closer to the Spanish Grand Prix favorites, with Hamilton matching Charles Leclerc’s race pace after an early crash.

However, the team still seemed to struggle to bounce back at the Monaco Grand Prix as Hamilton returned to midfield and finished eighth while teammate George Russell finished fifth.

Tenerife: The choker-draped Spanish island has Scottish ties beyond the flag