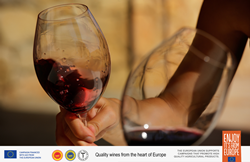 Get to know the Spanish PDO Montsant through the project “Quality European wines: taste the difference”

Located in northeastern Spain, Montsant has long been considered a sub-area of â€‹â€‹the Tarragona wine region. area with some peculiarities, which finally allowed Montsant to be recognized as a full Protected Designation of Origin in 2001.

Shaped “C” surrounding the prestigious district of Priorat, the region takes its name from the massif of Montsant (“holy mountain”) which dominates the landscape. The first evidence of wine production dates back to Roman times, but it was in the Middle Ages that production was fully established. The Catholic monks perpetuated the wine-growing tradition at this time and in the 19th century, the wines of Montsant were praised during universal exhibitions.

Red wines are the most common in the region – up to 90% of the total production – and are made mainly from indigenous grape varieties such as Garnatxa, Carignan; Macabeo, but more importantly, Garnatxa Blanca are used for the less numerous white wine bottlings. All these grapes have adapted to the conditions of this PDO and have developed their own identity. The resulting wines are full-bodied reds, suitable for aging. The Garnatxa Negra has a very sensual aromatic profile, of great complexity and allows well-structured wines, while the Carignan has very intense aromas and produces light wines with very good acidity. The white wines produced exclusively with Garnatxa Blanca, allow body and structure, and finer wines.

Since 2008, the region has been carrying out a zoning study which has helped to better understand the PDO. Six different zones were identified from the analysis of parameters such as climate, landscape, soils and the phenolic cycle. The study resulted in the LIFE PRIORAT + MONTSANT project. Funded by the European Commission, the project aims to develop and demonstrate a model of large-scale sustainable wine production in the Priorat region, through the application of a set of methodologies for the efficient use of natural resources throughout along the value chain, which can later be replicated in other wine regions of the European Union. This fall, Montsant will be represented by the Taste The Difference project promoting European PDOs, including this promising region.

About the TASTE THE DIFFERENCE PROGRAM

The program: Quality European wines: taste the difference is a project funded by the European Union and managed by Unione Italiana Vini and PRODECA for the promotion of European PDO and IGP wines abroad in China and the United States. In order to achieve this goal, the TTD.EU program will organize seminars, workshops and b2b meetings in these countries as well as in Spain and Italy, inviting wine professionals to participate in study trips to Europe. The program, carried out over a period of three years (2021-2023) aims to raise awareness of quality European wines, in particular Italian and Spanish, which share a long tradition and a high level of quality.

The beneficiaries: Unione Italiana Vini is the oldest and most mandated association in the Italian wine market. It represents cooperative, private and agricultural wine companies, bottlers, consortia, associations and manufacturers of wine machines or cellars / laboratories, located throughout Italy. Promotora de Exportaciones Catalanas (PRODECA) is a public company created in 1986 and part of the â€œMinistry of Climate Action, Food and Rural Agenda of the Government of Cataloniaâ€. It supports the agri-food sector and its companies with the knowledge, tools and experience to increase their products in Catalonia and in the world.

Share the article on social media or by email:

The viral TikTok hand gesture that saved girl from kidnapping

! Spanish News Today – Changes to travel to Europe in 2022 that affect visitors to Spain