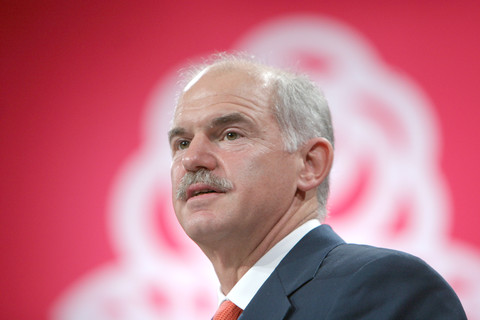 Throughout the dynasties, there are few to match the lineage of the Papandreous, who have been at the heart of Greek politics since before WWI.

Now the latest in this long line, George Papandreou is making one of the most daring comeback offers in recent European politics.

While the main left parties of the historic European left like the French Socialists or the British Labor Party are on the ground, there is a spring in the footsteps of other center-left parties in Europe.

They govern, generally in coalition, in northern Europe, in Spain and in Portugal, and have claimed the chancellery in Germany even if it proves difficult to form a coalition between â€œredâ€ social democrats, â€œorangeâ€ liberals and green “Green”.

Key ministries in Italy are held by the left and even Switzerland’s most dynamic minister (“Federal Councilor” in Switzerland) is Alain Berset, a 49-year-old French-speaking socialist.

Greece was the first EU country to see its traditional 20th century leftist party – PASOK – overwhelmingly rejected by voters. Political scientists have spoken of the â€œpasokificationâ€ of European social democracy in the 21st century. Even the once powerful German SPD was able to garner only 25 percent of the vote in the September federal elections.

But in truth, PASOK was never a true European Social Democratic Party, but was a left-wing variant of the tribal patronage and family politics that ruled Greece in its modern democratic era.

The grandfather of the current George Papandreou, also known as George Papandreou, was a liberal but anti-Communist left-wing political leader who wanted Greece to become a European republic both after 1918 and after the end of the Nazi occupation 25 years later.

Winston Churchill wanted the restoration of the monarchy and British troops were used to brutally suppress the efforts of the Greek left to form a reformist government, as happened in Britain, France and most European countries after 1945.

The US head of US intelligence operations in Athens has worked with far-right monarchists and said Papandreou should be shot. In due course, Papandreou returned to power via elections – but was subsequently affected by the military coup that turned Greece into a dictatorship between 1967 and 1974.

Meanwhile, his son Andreas and his grandson George were in Minnesota where Andreas Papandreou was teaching economics. Young George was born in 1952. He was raised and educated in America, followed by the London School of Economics and a stay in Sweden where the family sought refuge during the years of the military dictatorship.

Many members of the Greek political elite are sent abroad to pursue university studies and the politics of the young George Papandreou was shaped by progressive political intellectuals like JK Galbraith in America or the Swedish social democratic leader Olof Palme and German Willy Brandt.

The formation of PASOK as a left and nationalist party in the 1980s helped propel Andreas Papandreou to power. The customer list policy works well for the Right of the Pork Barrel. Left-wing patronage generally means allowing trade unions or regional and municipal governments to control sectors of the economy to serve their own ends and not a wider public good.

George Papandreou became leader of the PASOK party and prime minister in 2009 at a disastrous moment in Greek history. He had been an innovative foreign minister, but Angela Merkel and Nicolas Sarkozy called on Greece to swallow tough austerity measures to protect investments by German and French banks and companies in Greece after the financial crash.

George Papandreou was a modernizer with a reputation for bringing much-needed reforms and trying to make Greek ships and other oligarchs or wealthy professionals pay minimum taxes.

But Merkel, Sarkozy and the Northern European finance minister, married to rigid budgetary orthodoxy, forced him to resign in 2011 and handed power over to their European People’s Party affiliate in Greece, who obeyed their orders to impose the most brutal cuts imposed on a European democracy since 1945..

Greece’s GDP fell 25 percent, pensions were cut in half and half a million of the most educated Greeks fled the country as poverty skyrocketed under the economy of cruel and unusual punishments of the EU.

The result was the election of a far-left Syriza government with its populist finance minister, Yanis Varoufakis. George Papandreou continued his work as President of the Socialist International and was close to the economists of the Clinton and Obama era and to the social democratic reformist thought that brought the left to power in Sweden and other states. Nordic.

The death at the age of 56 of the leader of the successor of the Social Democratic Party in Greece, Fofi Gennimata, opened the possibility of a return to the top of politics for George Papandreou.

The current Greek prime minister also comes from one of two families – the Mitsotakis and Karamanlis clans who dominated the Greek right, just as the Papandreus dominated the left.

George Papandreou is no spearhead, but he has a better address book of left-wing progressive politicians and thinkers than anyone in Europe. Like Joe Biden, he lived and breathed politics for half a century. His questioning, courteous and solution-seeking style is a far cry from the 20th century Greek populist demagoguery adopted by Syriza.

If he emerges as the leader of Greece’s slowly reborn social democratic tradition, his father and grandfather will look down on the Greek political equivalent of Mount Olympus and wish the last Papandreou good luck.