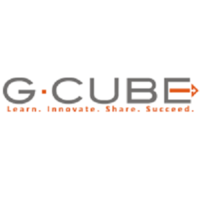 GCube has made a host of new appointments alongside the opening of two other international offices.

The company announced it was opening offices in Spain and Australia, while adding five people to its underwriting and claims teams in Europe and North America.

In Australia, GCube is now present in the Sydney office of Tokio Marine to better serve Australia and the APAC region. William Hiller, with over a decade of underwriting experience in power generation and renewables, will lead the Sydney operation.

In Spain, GCube’s new office in Madrid begins to serve the Spanish and Latin American markets. Sergio Guisado Mateo, senior underwriter, will lead the Madrid operation. Sergio will be joined by underwriting assistant Maria Medina, who is leaving TMHCC’s operations in Barcelona.

Fraser McLachlan, CEO of GCube Insurance, said: “Today’s announcement reflects GCube’s commitment to continuously meet the renewable energy market’s demand for specialist risk management expertise and strong underwriting practices. The fact that GCube continues to hold a leading position in the market after more than 25 years of operation demonstrates the time we spend understanding the unique and ever-changing exposures and risks of project development and operation. renewable energy.

In the UK, Josh Cantwell has been appointed Head of Offshore Wind and Josh Shimali has been promoted to Principal Underwriter.

He added: “Bringing new senior talent to the business and putting boots on the ground in Spain and Australia helps us solidify our position globally, will bring a more diversified risk portfolio books and will strengthen our knowledge of growth markets and countries. specific risks. These new additions and promotions now allow us to grow the business to an even greater mass with new hires on the underwriting and claims side to ensure our customers continue to receive the service they deserve across all areas of our activity.

How to Prepare for the Mortgage | Money