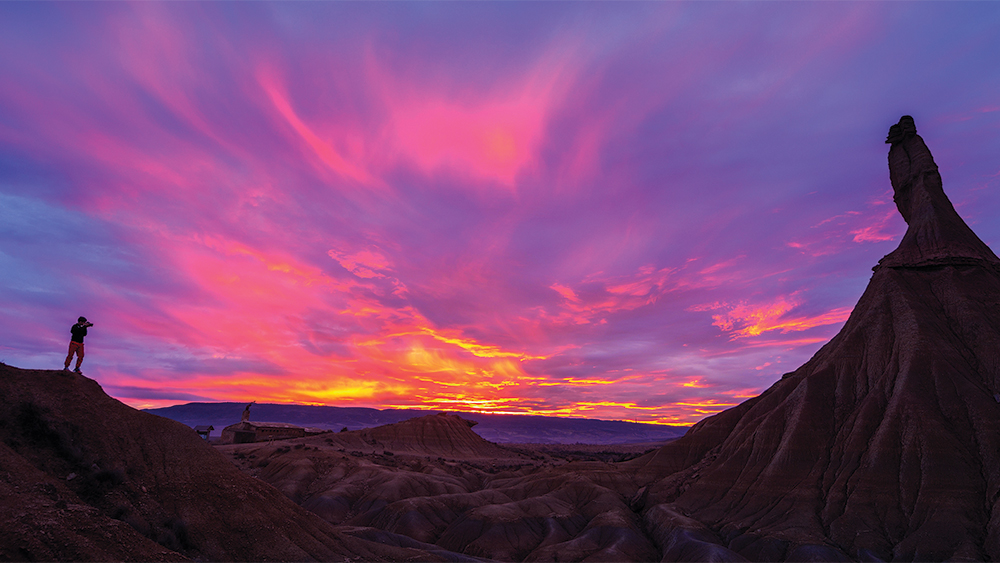 ‘Game of Thrones’, ‘The Crown’: Clues to Why They Filmed in Spain

Ten reasons why Spain is a favorite for big budget productions:

Up to 70% tax incentives in 2020, a rise in tax breaks has catapulted Spain to the top tier of destinations for major international shoots. Its mainland offers a competitive tax reduction of 30% for the first million euros ($1 million) of expenses and 25% for subsequent expenses, capped at $10.1 million. In the Canaries, the rebates reach 50% for the first 1.1 million dollars and 45% thereafter, with a ceiling of 19.4 million dollars. The province of Bizkaia, in the Basque Country, seems ready to offer tax breaks of up to 70% from 2023. On the one hand these figures, on the other hand the general international industry considers that tax breaks and the discounts are reliable, unlike other places in the world.

A compact variety of climates and landscapes Spain has mountains, deserts, forests, rivers and lakes, 5,000 miles of coastline, natural parks, tropical areas, plains and plateaus. “The combination of its extensive and diverse backgrounds, exceptional climate, multiple airport hubs and depth of tourism infrastructure makes Spain a preferred choice for visiting producers,” said the CEO of Palma Pictures, Mike Day. The terrain stretches from the desert Bárdenas Reales of Navarre, used in ‘Game of Thrones’, to the snow-capped mountains of the Sierra Nevada, where JA Bayona filmed ‘La sociedad de la nieve’ for Netflix, just 25 miles from sunny beaches .

Cost Competition for top crew talent has driven pay rates up. That said, while filming in the US and UK is getting more and more expensive, Spanish costs still compare quite favorably to those in France.

3,000 hours of annual sunshine Most of Spain enjoys over 3,000 hours of sunshine per year. Around the Mediterranean this is equivalent to 200-220 days of bright light. Seasons 3, 4 and 5 of “The Crown” were filmed there. “Having amazing bursts of sunshine and liveliness really enriched the look of the show,” says Left Bank producer Martin Harrison.

State-of-the-art studio facilities Spain is strengthening its studio infrastructure. Alicante’s Ciudad de la Luz, which includes a water reservoir in the background, reopened in July. Netflix has doubled its sound stages in Secuoya’s Madrid Content City to 10. Over the next two to three years, huge infrastructure projects will come to light in Spain, predicts Day.

Talent pool Spanish designers have exploded onto the world stage. Think “Money Heist”. Its line producers have earned their stripes on some of the biggest shoots in the world. “The talent in front of and, of course, behind the camera is one of the great competitive values ​​of production in Spain,” says Netflix’s Diego Ávalos, who highlights the “impressive” visual effects of “Money Heist” and works on chess. pieces from ‘The Queen’s Gambit’ and the costumes from ‘Bridgerton’ – all made by Spanish talent.

Spanish audiovisual office A centralized advice for all questions regarding filming in Spain is operational, launched by ICEX-Invest in Spain.

Special visas Spain has drawn up special regulations for shootings. Up to 90 days, no permit is required. From 90 to 180 days, a specific visa is required but can be processed three months before the trip. “Administrative improvements such as immigration procedures for professionals in the sector, introduced within the framework of the Spanish audiovisual hub, will be of great value for our commitment to continue investing in Spain”, said Koro Castellano, director from Amazon Prime Video Spain.

Heritage sites “Spain is one of the most interesting sets in the world, not only because of its scenic beauty or its geographical richness, but also because of the diversity of its heritage and its cultural value,” says Ávalos de Netflix. “The territory is filled with rich history and landscapes, lending itself to incredible locations – whether a project requires mountains, seascapes, a medieval village or a bustling city, a variety of visual aspects and textures are available”, adds Superna Kalle, President. international networks at Starz.

Way of life The Spanish economy is largely based on offering visitors the opportunity to enjoy life. Downtime options abound: bustling Spanish streets, outdoor terrace restaurants and expansive pools and beaches, catnip for the office.