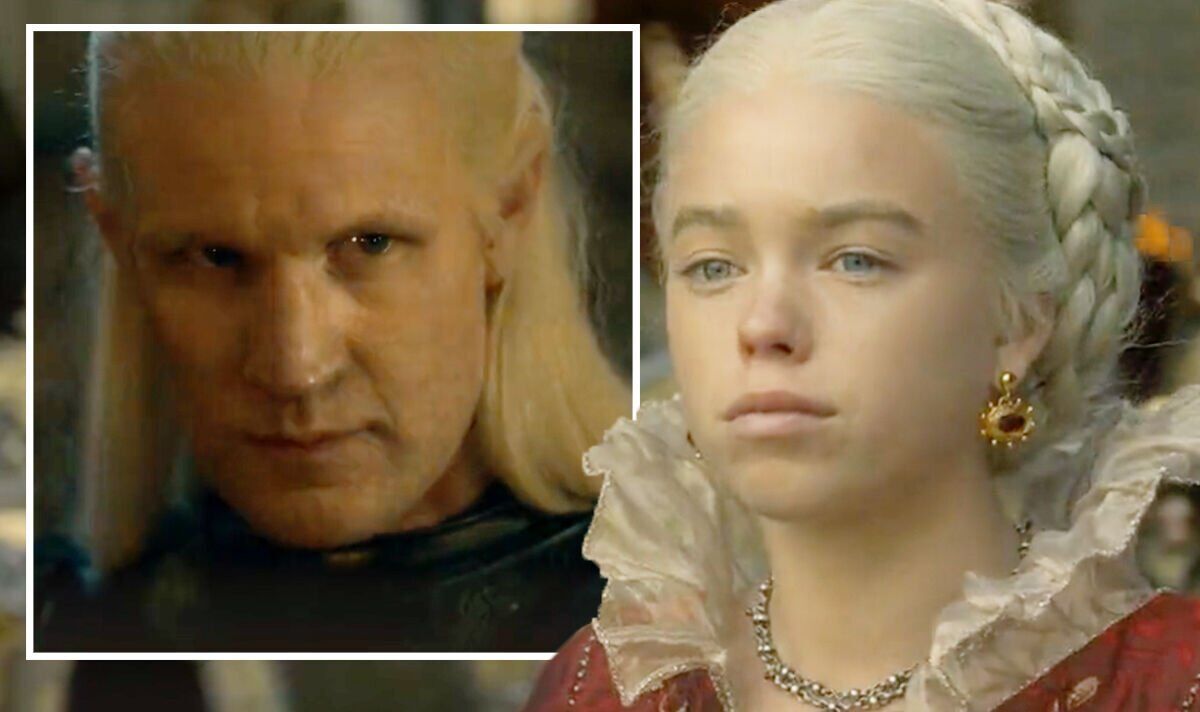 The history of the Targaryen family is about to be explored centuries before Daenerys Targaryen (played by Emilia Clarke) ascended the Iron Throne. HBO’s House of the Dragon finally has a full trailer to give Game of Thrones fans their first look at Matt Smith, Paddy Considine and Olivia Cooke ahead of Comic-Con. However, not everyone is ready to give the prequel a try – despite its action-packed trailer.

Many fans reacted to the new trailer to express their disdain for the GOT universe considering how season eight ended on HBO.

A number of fans weren’t happy with how Game of Thrones concluded the storylines of Jon Snow (Kit Harington), Arya Stark (Maisie Williams), and Daenerys.

However, HBO is hoping to win fans back with its first look which includes the likes of King Viserys Targaryen (Considine), Prince Daemon Targaryen (Smith), Alicent Hightower (Cooke) and Princess Rhaenyra Targaryen (Emma D’Arcy) in Westeros.

Reacting on Twitter, GOT user and fan @jojenite fumed, “Hard to get excited when we all know how this all ends. I should have picked up seasons 7 and 8 without D&D and given us a proper ending.

READ MORE: Amanda Owen opens up about her new role “I jumped at the chance”

While @playboi___danni argued, “There’s no reason to watch a prequel show if the original ends so disappointingly, no matter who writes the prequel show.”

And Okla Hannali simply asked, “Is this gonna be shit too?”

However, there was still plenty of support and excitement amongst fans, with @WeThrones tweeting, “#HouseoftheDragon. This show is about to rule the world. Kneel or run.

Joining the aforementioned stars in the cast are a number of big names who are sure to add to the hype.

Fabiel Frankel, Sonoya Mizuno, Rhys Ifans, Eve Best and Steve Toussaint are just a handful of stars who appear in the trailer.

The new promo also delivered all the aspects Westeros GOT fans have come to expect over the years.

There’s also some exciting news away from House of the Dragon that’s sure to get GOT fans excited.

While the prequel will arrive in August, a spin-off centered on Jon Snow is also said to be in the works.

Daenerys star Clarke recently confirmed that Harington is heavily involved with the project, though little information about the show is publicly available.

House of The Dragon will air exclusively on Sky and NOW in the UK on Monday 22nd August.