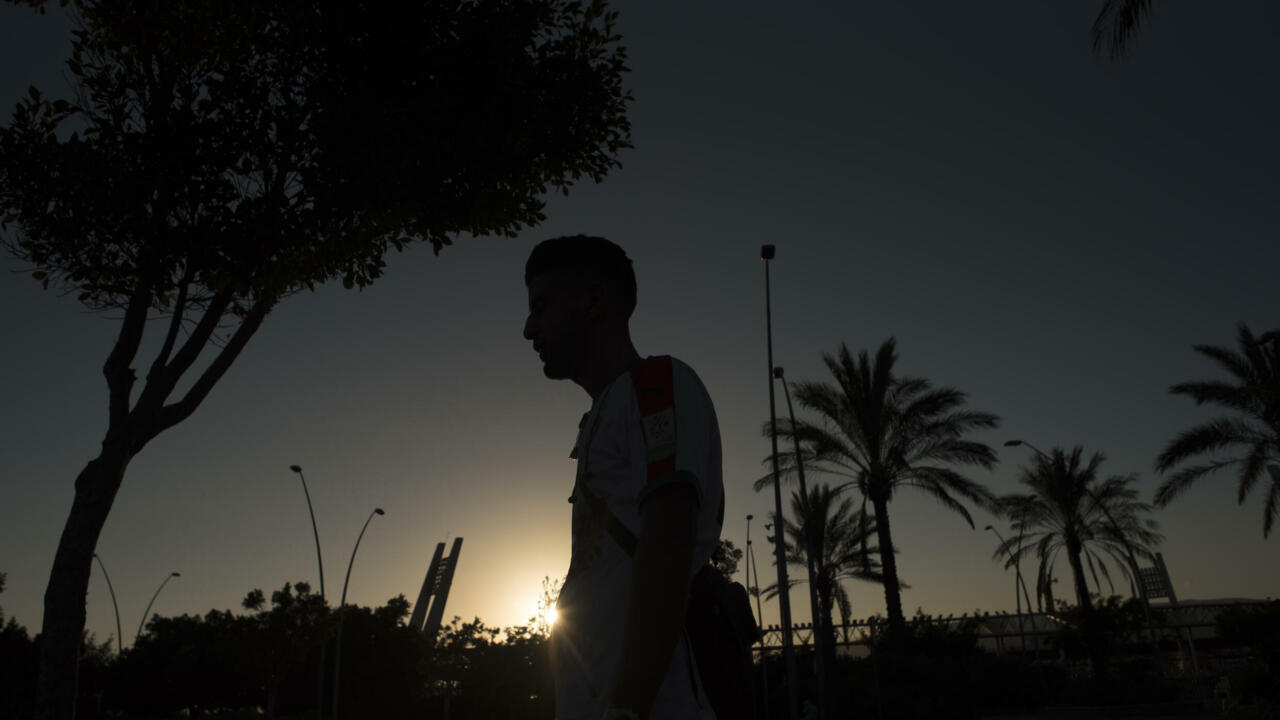 “I’d rather die at sea than stay in Algeria,” says Khaled Dih, dark eyes and his Nike sneakers soaked and full of sand, after disembarking on a beach in Almeria after a six-hour crossing from Oran.

It was one of some 50 boats that day that made the dangerous crossing from the Algerian coast which lies 200 kilometers (120 miles) to the south, officials and NGOs said.

“There is nothing there, no job in the town,” said Dih, using a North African word meaning “the old country,” tugging on a cigarette while adjusting his ponytail.

Dih chose his 21st birthday to leave, following in the footsteps of thousands more willing to risk it all, then burned their IDs upon arrival to avoid being fired.

In Arabic, they are known as “harraga” – or “those who burn”.

At least 309 migrants, including 13 minors, have died in the western Mediterranean since the start of the year, according to the International Organization for Migration.

Dih says the boat was traveling at high speed, bouncing across the water, leaving it stiff and bruised after a nighttime crossing in the freezing cold.

“You couldn’t do anything … so I just thought of my parents and my friends,” says the amateur boxer and fan of French rappers PNL.

Sitting in front of the bus station, he is collapsed. He has not slept for three nights since leaving Annaba, his hometown on the Algerian coast near the Tunisian border.

Now he is waiting for a bus to Barcelona from where he will try to enter France, like most harraga.

“I don’t speak Spanish … I have family and friends in France so I can’t stay here on my own,” he explains.

The number of Algerians arriving on the southeast coast of Spain or the Balearic Islands has skyrocketed in recent months.

A confidential document drawn up by the Spanish authorities and consulted by AFP, shows that 9,664 Algerians have entered Spain illegally since the start of the year, 20% more than last year.

According to Frontex, the agency that protects the EU’s external borders, Algerians are the largest group of foreigners entering Spain illegally – and the third in Europe.

On the Algerian side, 4,704 migrants were arrested in an attempt to leave in 2021, more than half of them in September, according to the Algerian Ministry of Defense.

And in a new twist, more and more women and children are risking their lives to make the crossing.

“The Harraga families are a new phenomenon,” said Saïd Salhi, vice-president of the Algerian League for the Defense of Human Rights.

Recent travelers included “mothers and babies, pregnant women and the disabled … which tells us something about the extent of desperation” in Algeria, he said.

Save the Children said it took in more than 100 minors who arrived in September on the Andalusian coast, the southern region around Almeria.

Back in Algeria, there is anguish for the families left behind, explains Francisco Jose Clemente Martin, 24, who works for CIPIMD, an NGO that tries to find migrants who have died or gone missing at sea.

Every day, he is in contact with relatives, sometimes having to send them photos of the dead to identify them.

“Families are in desperate need of news,” he told AFP, adding that appeals are often marked by “screaming, crying and despair. Many mothers end up in hospital because of the stress. It’s a lot for them to take.

Ahmed Bensafia, 28, who arrived in Almeria a year ago from a town near Algiers, said he had not told his family he was leaving “so as not to worry them”.

He said he had no choice but to leave because “the wages are so low” that even after working all day, “you can’t be sure you can afford dinner.”

But looking back, he admits he would advise other young people “not to risk their lives” like he did.

Even if they manage to avoid the Spanish police, the migrants still face a long journey strewn with pitfalls before joining family and friends in France.

In early October, three were killed and one seriously injured when they were struck by a train near Saint-Jean-de-Luz, in southwestern France.

They were resting on the tracks to avoid police when they were caught by the first train of the day, local officials said.

Two days after disembarking on Almeria beach, Khaled Dih managed to reach the northern border of Spain and cross into France.