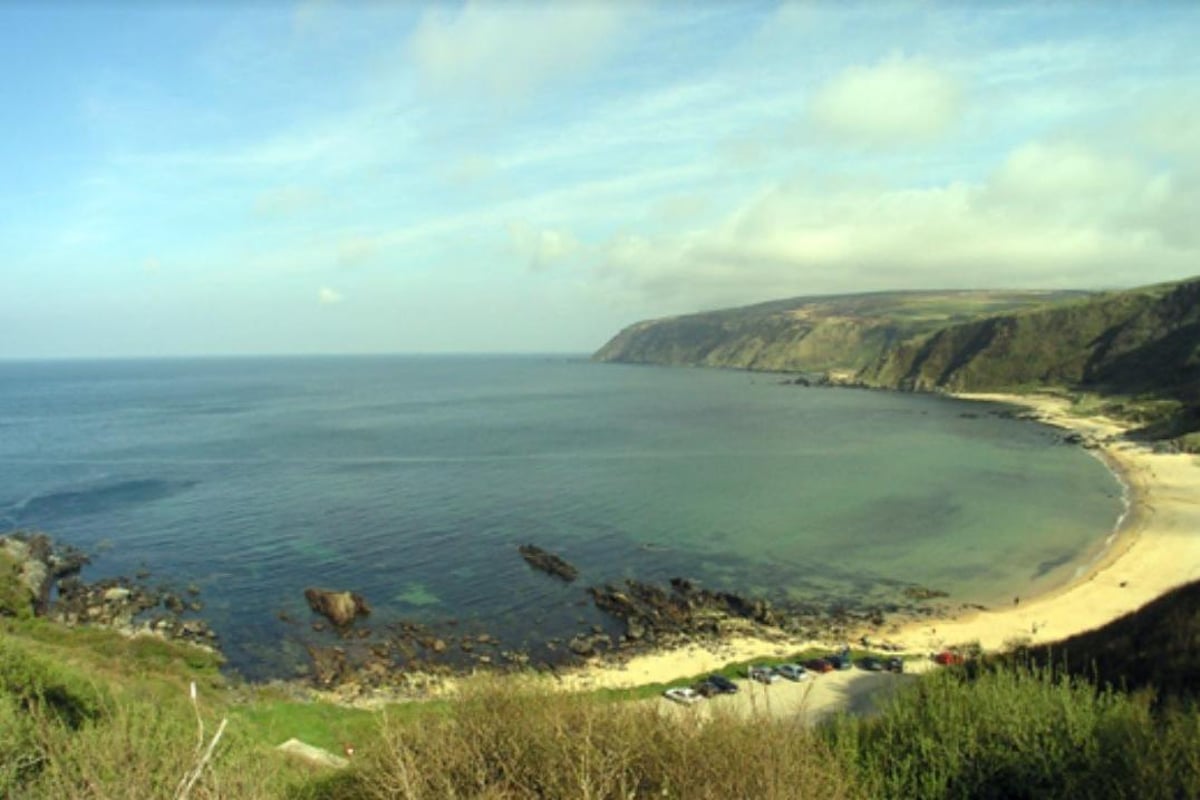 Derry must fully exploit the rich heritage of the Spanish Armada

While there may be an element of truth in this, we in the North West haven’t helped each other. We failed to tap into the potential of the Spanish Armada’s story and its connection to the Derry region.

This is despite the Tower Museum having the largest collection of Armada wreck artifacts, salvaged from the wreck of La Trinidad Valencera in Kinnagoe Bay in the 1970s and 80s by the City of Derry Sub Aqua Club. .

Girona’s display at the Ulster Museum in Belfast, spectacular with its jewelery and gold and silver coins, is greatly enhanced by the inclusion of a large number of artefacts from La Trinidad Valencera.

Kinnagoe Bay. The wreck of the Spanish Armada La Trinidad Valencera was discovered in 1971, by the City of Derry Sub Aqua Club, near the reef on the left. (Photo by Karl Brady)

Without them, the Girona exhibition would be scattered. After all, one gold coin looks a lot like the next.

We have to watch what other Spanish Armada activities are taking place. The most notable example is the work of the Grange Armada Development Association (https://spanisharmadaireland.com/).

Every year a “Remembering the Armada Festival” takes place, and this year, after a 2-year break, it’s September 16-18. Every year there are conferences, musical events and many other activities.

Spanish siege gun, salvaged from the wreck of La Trinidad Valencera in Kinnagoe Bay, County Donegal. The barrel castings include the arms of England combined with the arms of Spain, illustrating Spain’s claim to the English crown. (Photo Tower Museum).

On Streedagh Strand, 1,100 crosses are erected to commemorate the sailors and soldiers who died there in September 1588.

Spanish naval and diplomatic personnel are present, as well as Spanish tourists. A Service of Remembrance is held at a perpetual memorial site.

Another example is the work of the Donegal GAP Heritage and History Group, (http://donegalgapheritage.ie). Although currently still suspended due to Covid, every year there is a march from Portnoo to Killybegs, commemorating the trek by survivors of the Armada ship Duquesa Santa Ana, wrecked in Loughross Mor Bay.

These survivors carried their popular but wounded commander, Don Alonso de Leyva, the 19 miles to Killybegs to join the ill-fated Girona.

Ming Dynasty Chinese porcelain bowl, recovered intact from the wreck of the Spanish Armada ship La Trinidad Valencera in Kinnagoe Bay, County Donegal. Porcelain production technology did not reach Europe for 150 years, so it was an extremely valuable item for a Spanish nobleman. (Picture Colin Martin).

A carved stone now sits in the hold at Portnoo, displaying a footprint commemorating where the survivors first set foot in Ireland, with another at Killybegs to signify where they left that island.

Greencastle IMM recently acquired a number of preserved artefacts from the La Trinidad Valencera wreck and held an excellent exhibition launch last June which was attended by divers from the City of Derry Sub Aqua Club who found the wreck in 1971.

The 50th anniversary of the Covid-delayed discovery was celebrated over a weekend of talks and tours.

The events coincided with a visit by a group from Virginia, USA, led by Charles Perkinson, who was a City of Derry Sub Aqua Club diving officer in 1971, and who was present on the discovery dive with Fr. Michael Keaveney, the diving priest.

So why haven’t we established in Derry and the North West some form of regular commemoration of the Spanish Armada? And on what stakes could we hang such an event?

First, of course, there is the exhibition of objects preserved from La Trinidad Valencera in the Museum of the Tower. These are to be moved in the next few years to the new museum planned for Ebrington.

There is a wide variety of artifacts, many of which are very delicate in nature. There are fabrics, wooden objects, ceramics ranging from coarse earthenware to a porcelain bowl from the Chinese Ming dynasty; pewter and copper objects and cannons.

The story of the search and discovery of the wreck is epic and is recorded in detail in two films made by the BBC in the 1970s.

Then we have the terrible story of the events that took place after most of the 450 crew members landed at Kinnagoe Bay.

After receiving aid and shelter from Bishop Cornelius at Elagh Castle, Upper Galliagh, they were massacred by the troops of Hugh O’Neil, Earl of Tyrone, under the command of a Major Kelly and two English captains, the Hovenden brothers. Around 150 Spaniards escaped to the shelter of Elagh Castle, and of these many eventually managed to reach Sorley Boy McDonnell at Dunluce Castle. McDonnell fiercely resisted the English invasion and smuggled survivors of the Armada to Scotland, where they would receive aid and repatriation.

Back at Elagh Castle, around 50 sick and injured had been left behind because they were “dying every day”.

Where are the bodies of the unfortunate victims of the massacre? There are four possible locations. Two are near Elagh Castle and are identified by local lore. The others are just across the border in County Donegal, but their exact location is unknown.

There are reports that in the 1970s fingerprints existed in the area indicating “Armada Graveyard”.

The anniversary of the massacre falls on September 21.

The best description and analysis of this massacre is found in Colin Martin’s 1975 book, Full Fathom Five, although Dr. Martin acknowledges that there are still gaps in the story that need to be filled.

Another local connection to the Armada is the existence of two ship’s bells, possibly from La Trinidad Valencera. One hangs from the steeple of Donagh C. of I. Church in Carndonagh, adjacent to the famous High Cross.

The other is kept in Saint-Columbus Cathedral. The origin of these two bells must be properly studied by competent professionals.

The remains of the castles of Burt and Elagh, which feature in the sad story of the fate of the survivors of La Trinidad Valencera, are both worth visiting, although they are not easily accessible. Better signage and other facilities are needed.

And there are few beaches more spectacular than Kinnagoe for tourists to visit. For decades, one of the divers who discovered La Trinidad Valencera in 1971 has been camping every summer in a corner of the parking lot. Archie Jack is always ready and willing to tell the story to anyone who wants to listen.

With all this material, it should be possible to create an annual program of remembrance. Surely there is a local group that would organize such an event.

Examples are given by the wonderful work of the organizations mentioned above. Derry really missed a lap and has some catching up to do.