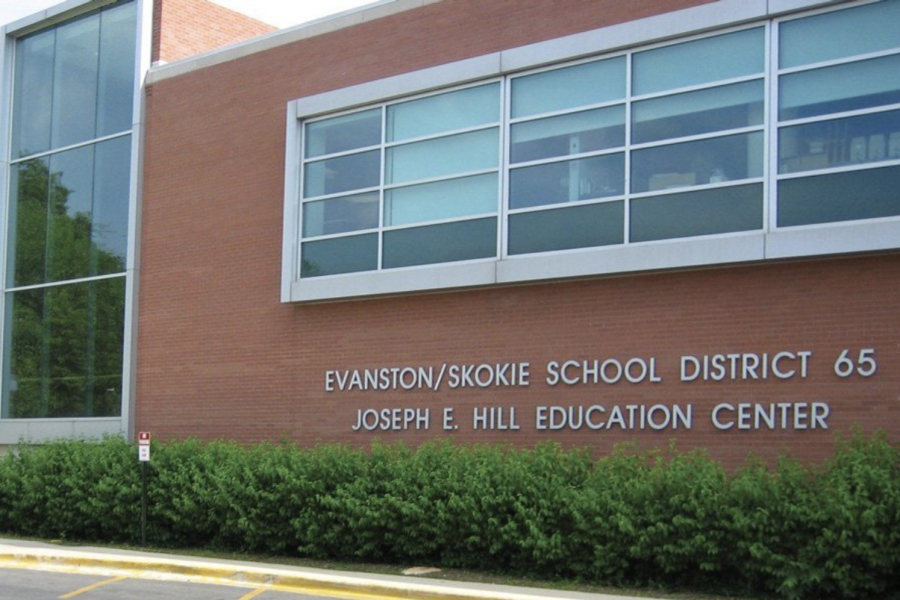 The program places ESL students in a bilingual classroom rather than an isolated classroom. It has been helping Spanish speakers develop their Spanish and English fluency for more than 20 years, according to the district’s Bilingual and ESL Program Director, Amy Correa.

Correa is Spanish-speaking and a Cuban refugee. She said it is important for students to retain their native language, as it is an essential part of cultural identity.

“This program is for the Spanish-speaking community,” Correa said. “It’s based around them.”

According to a 2020 study, native Spanish-speaking students enrolled in two-way immersion programs generally achieved English fluency faster than students in programs that did not support native language use, which led to higher GPAs in fifth grade.

“The goal of the TWI program is for students to develop strong literacy skills and language proficiency in English and Spanish, so that they become bilingual, biliterate and bicultural,” according to the D65 website.

Instruction in these programs is a mixture of Spanish and English. In kindergarten and first grade, 80% of the day is taught in Spanish, including science, math and literacy classes. In the fourth year, instruction time is equally divided between English and Spanish.

The program is offered from kindergarten to grade 5 at Dawes, Dewey, Oakton, Washington and Willard schools. The Dr. Bessie Rhodes School of Global Studies only offers it from K-3, but expands the curriculum.

Correa explained that the program focuses on making explicit comparisons between the structures of English and Spanish, particularly through teaching common Latin roots.

A year and a half of virtual teaching created challenges for the program. According to Charlise Berkel, Bilingual Content Facilitator for District 65, some students are only exposed to Spanish instruction in the classroom.

“The level of interaction that could take place in online learning was not as interactive and engaging, in terms of conversation and discussion, as in a live classroom,” Berkel said.

The immersion program is part of a larger District 65 effort to promote equity and inclusion. Instructors use a culturally appropriate approach, which means that TWI teachers come from a variety of backgrounds and literacy classes use picture books by Latin American writers, not just material translated into English and teaching staff.

Correa said Spanish-speaking students benefit from being in a classroom with native English speakers, rather than an isolated ESL class.

“There’s this feeling that other people have to see them as the knowledgeable other,” Correa said.

“You’re raising the whole child with bilingualism as a norm, not something that’s from a deficit perspective, that needs to be fixed because you’re not at the level of a monolingual English speaker,” Berkel said. “It affirms their identity and provides ways to maintain and develop that identity as bilingual.”