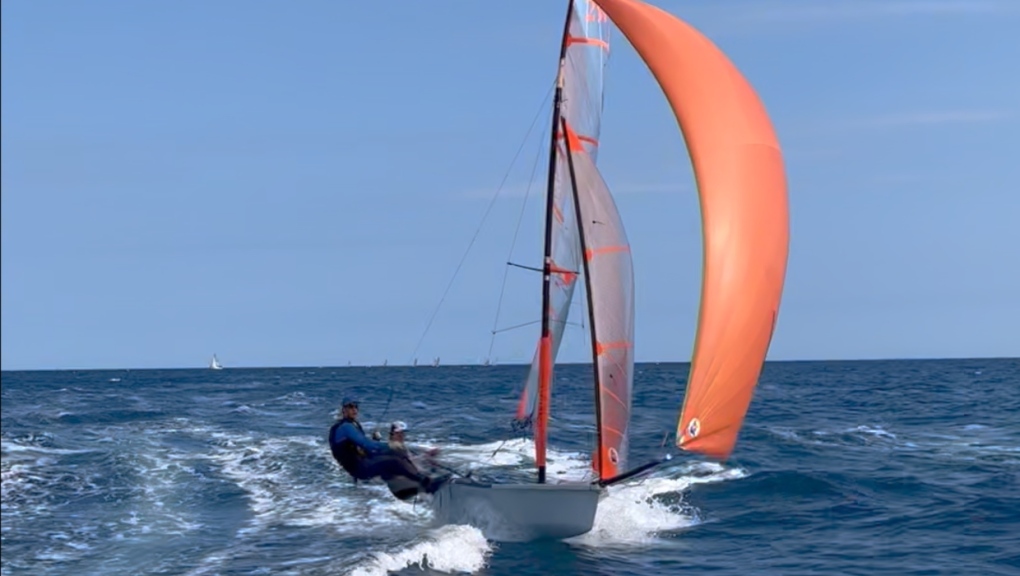 Chaz Peddlesden and Nic Dixon competed in their first open international regatta in Spain this summer.

Together, the 17-year-olds were one of three teams representing Canada at the 2022 29er World Championships in Barcelona.

They were sent as a development team to gain experience competing against some of the best in the sailing world.

“We learned a lot,” Dixon said. “It was just awesome.”

There were 245 teams taking part in the six-day event and although the teenagers did not finish in the top 100, they say the experience was still invaluable.

“It was a really anomalous experience for us, to see all the boats compete and to look out to the horizon and see a cloud of spinnakers, competing alongside world-class sailors,” Peddlesden said.

The two work together in a sailboat known as the 29er. It’s a powerful machine and too difficult for one person to operate.

“Communication is very important on a double-handed boat,” Peddlesden said. “It can really benefit you because you have two eyes, you have different opinions, different ideas and overall when you come together as a team and can communicate, it really benefits your success.”

Coach Brianna Brand also traveled to Spain for the event.

She saw both grow during her years teaching at the Calgary Yacht Club in Chestermere.

Brand was also a competitive sailor and says the recently concluded Canada Games help teens prepare for more intense competition at a higher level as they get older.

“They were really hoping for a lot of wind and we ended up with really really light winds,” she said. “They didn’t do what they hoped to do, however, they had the chance to learn and compete with some of the best in Canada at the Canada Games and some of the best in the world.”

Sail Canada is always looking for talented athletes from across the country.

Mike Milner is the organization’s high performance director and says going to the world event in Spain will make Dixon and Peddlesden better sailors.

“It’s part of what we call our identified athlete program,” he said. “Let’s bring them to Europe, sail against the best, and then integrate them into the national team.”

He says the country’s sailing hotspots are Halifax, Toronto and Victoria, but he’s finding a lot of talent in the Prairie provinces.

“Things like the Canada Summer Games are just going to allow us to be successful and, more importantly, make these athletes better citizens,” Milner said. “They travel around the world, they see things, they have to organize things, they have to be mature and, for us, to see that beyond performance, that’s exactly what sport is all about.”

Nicole Dixon says her son Nic is a multi-sport athlete, but has a passion for sailing. She says it’s an expensive sport for landlocked athletes.

“It’s definitely one of the challenges of becoming a top athlete and sailing from a prairie province, there’s a lot of travel involved not just for competition but for training opportunities” , she said. “Another element is that they are in direct competition with people who live in areas where they can train all year round, the season here is four months.

The 17-year-olds are preparing for grade 12 and will soon be looking for a university closer to the oceans to continue sailing and maybe one day represent Canada at the Olympics.

! Spanish News Today – No other EU country has it: All about Spain’s controversial flashing orange traffic light putting motorists and pedestrians at risk