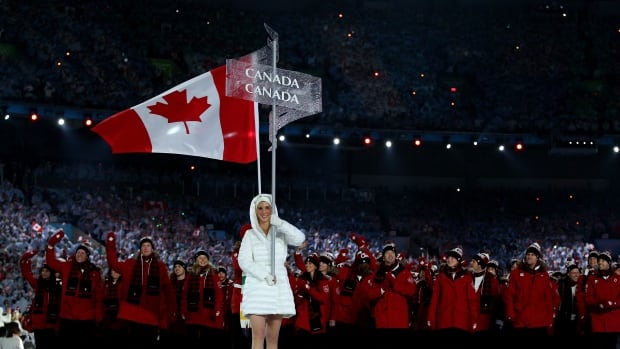 This is an excerpt from The Buzzer, which is CBC Sports’ daily electronic newsletter. Stay up to date with sports news by subscribing here.

For now, the host of the 2030 Winter Olympics and Paralympics remains undecided.

Four of the next five Olympic and Paralympic Games, through 2032, have been awarded to countries by the International Olympic Committee.

But while 2030 remains vacant, a visit to Canada this week is a first step in making that decision.

An Indigenous-led bid to bring the Games back to British Columbia is one of four main contenders, along with Salt Lake City (USA), Sapporo (Japan) and a joint effort by Spain, France and of Andorra, to host the Games.

The IOC’s process to choose one advanced this week when a trio of technical experts made a three-day site visit to British Columbia, just days after visiting Salt Lake City. A trip to Sapporo is reportedly scheduled for the end of the month, while a visit to Barcelona has reportedly been delayed recently due to internal disputes.

These visits are offered as a service by the IOC to ensure that the Games fit seamlessly into a region’s long-term plans, with a particular focus on venues. The experts then provide their comments to the IOC’s Future Hosts Commission, which is expected to choose a host for 2030 at the IOC session next spring in Mumbai.

It’s a visit that could benefit the Canadian bid, which comes with the appeal of remaining venues from Vancouver 2010 that would still be in good condition. Conversely, Sapporo last hosted in 1972, Salt Lake City in 2002 and the Spain-France-Andorra bid would rely on the 1992 Games buildings in Barcelona and Albertville.

“We have a really, really strong technical foundation based on our Vancouver 2010 set-up. And that continued to reinforce to me that there’s an incredible opportunity here,” Baker said.

Even so, the COC does not envision 2030 becoming a carbon copy of 2010. Instead, it wants to use the entire province of British Columbia, which means a lot of driving during the visit.

Still, Baker said two of the days were primarily “Vancouver and area and Whistler and area.” Due to the technical nature of the visit, Baker said the IOC experts did not meet with the mayor of either city.

He said the visit resulted in solid discussions with no surprises.

“The feedback we were getting was very helpful and really encouraged us to make sure the site master plan aligns with the long-term vision for the area,” he said.

The Indigenous-led bid – the first of its kind – took off late last year when four area First Nations signed a memorandum of understanding with Vancouver and Whistler to explore the possibility of hosting the Olympics . The COC and the Canadian Paralympic Committee joined the agreement in February.

Ultimately, the groups hope to bring the world together to show reconciliation through sport – as called for in Article 91 of the Truth and Reconciliation Commission.