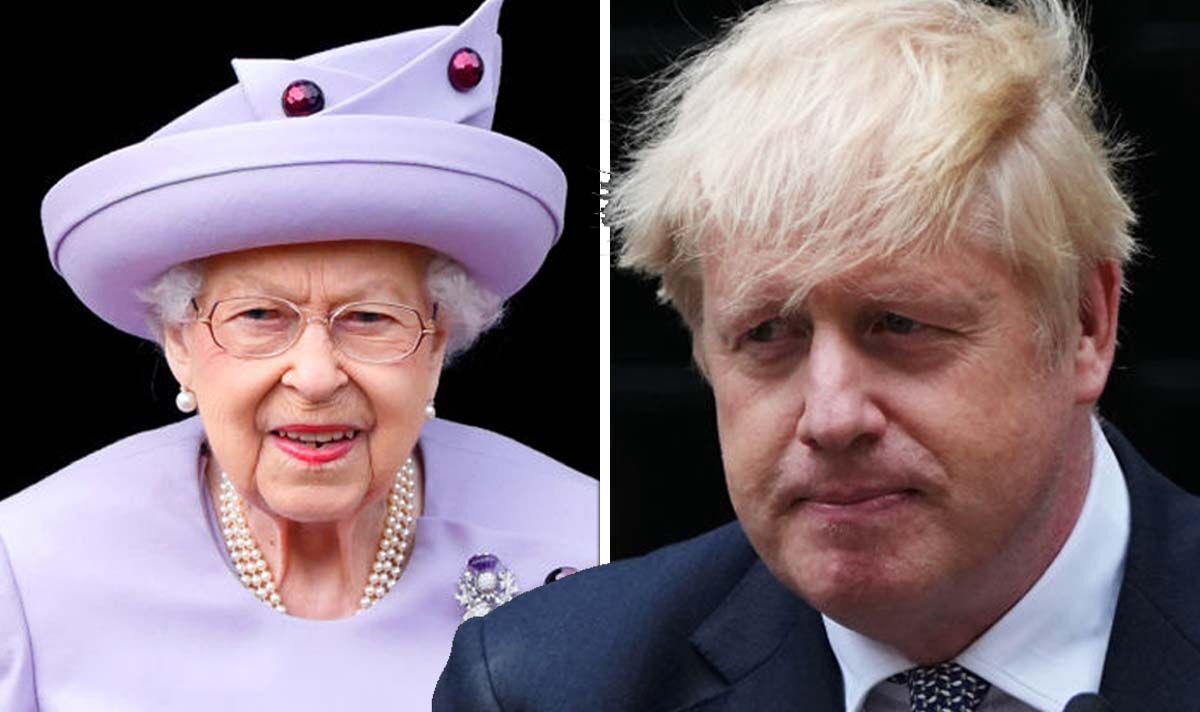 Prime Minister Boris Johnson announced on Thursday his intention to step back as Conservative leader. Speaking outside Downing Street, Mr Johnson acknowledged ‘nobody is remotely indispensable’ and accepted it was the ‘will of the Parliamentary Conservative Party’ that he quit No 10. But he also signaled his intention to stay on as prime minister. as the party picks his successor, potentially until the fall, sparking an immediate backlash among Tory MPs.

It is understood Mr Johnson has spoken to Queen Elizabeth II twice in the 24 hours since his resignation.

The couple had their weekly phone hearing on Wednesday evening, and it was said the Prime Minister called Her Majesty ahead of her public announcement.

Mr Johnson has been Prime Minister for almost three years, having taken office following the resignation of Theresa May in 2019.

However, following the important meeting, he broke royal protocol, earning him a reprimand from Downing Street staff.

After meeting the monarch, Mr Johnson toured the palace, where a number of journalists were present.

A journalist, Vincent McAviney, heard the new Prime Minister reveal details of the private conversation he had with the Queen to other tourists.

The journalist tweeted Mr Johnson said the Queen told him: ‘I don’t know why anyone would want the job [of Prime Minister].”

The resignation hearing is usually held at the Palace, but given the Queen’s age and ongoing mobility issues, as well as the timing of the leadership contest, if the monarch is at her Balmoral holiday home during the summer, the hearing could potentially take place in Scotland.

This usually happens after a successor has been appointed.

As is royal protocol, the monarch remains politically neutral and acts on the advice of her government in political matters, but the queen retains the right to appoint a prime minister. And Tory MPs are starting to show up in the race to succeed Boris Johnson as Tory leader and Prime Minister.

Rishi Sunak is now the favorite according to the betting odds. He leads the pack, followed by Penny Mordaunt and Liz Truss.

A timetable for the Tory leadership race is due to be confirmed next week and the new Prime Minister is expected to be in office by September.

Those standing will first have to secure the support of Tory MPs before the bottom two go to the Tory MPs ballot.

Under current rules, candidates need the backing of eight Tory MPs to stand.

If there are more than two, Tory MPs stage a series of votes until only two remain.

At this point there is a ballot of the full membership of the Conservative party to select the winner.